Fall Armyworm(FAW) has become a major pest in Kenya, causing losses of about a third of the annual maize production, estimated at about 1 million tonnes. A field survey conducted in March 2017 and other current reports have confirmed presence of fall armyworm in the following counties: Trans Nzoia, Bungoma, Kakamega, Uasin Gishu, Nandi, Kericho, Baringo, Nakuru and Busia. The pest is causing damage on off-season maize in irrigated areas of these counties (sourced from Rombo Ward Agriculture - Kenya). 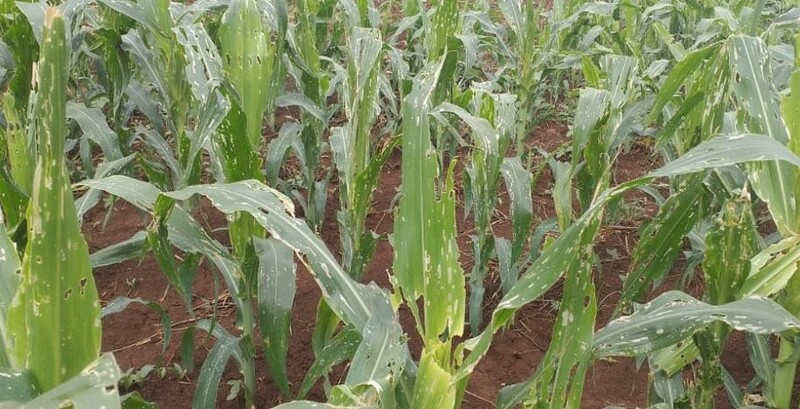 This pest is spreading rapidly and has potential to cause 100% loss in a wide range of crops such as: maize, rice, pasture, sorghum, millet, cotton and some vegetable crops. This will result into national food insecurity and loss of income unless urgent measures are implemented (sourced from Rombo Ward Agriculture). High potential losses caused by FAW has resulted to proposition of a range of control methods and one of them is by use of Natural enemies.

FAW is the most difficult pest to control due to its multiple generations, ability to migrate and ability to feed on a wide range of host plants.  FAW causes devastating damage to almost 100 plant species, including maize, sorghum, rice, soybean, cotton, wheat and sugarcane.

In maize, FAW attacks all crop stages from seedling emergence through to ear development. They defoliate and can kill young plants, whorl damage can result in yield losses, and ear feeding can result in grain quality and yield reductions. Detecting FAW infestations before it causes economic damage is the key to its management. If infestations are detected too late, the impacts of damage may be irreversible (Sisay Birhanu et al, "Fall Armyworm, Spodoptera frugiperda infestations in East Africa: Assessment of Damage and Parasitism". insects 3 July 2019: 2. Print.).

If the damage is severe it means that the larvae are mature (5-6th instar). FAW starts attacking the maize plant 2-3 weeks after planting.

Researchers have identified potential native insects to kill fall armyworm and this means that maize farmers across western region could soon find relief from the devastation caused by fall armyworm (FAW) following encouraging results from the use of indigenous natural enemies to fight the pest.

"Researchers at the International Centre of Insect Physiology and Ecology (ICIPE) have identified three native parasitoids or insect species whose larvae live as parasites that eventually kill the hosts. The scientists saw promising results after mass releasing them into maize farms with fall armyworm in Kenya."

“The initial post-release field assessments revealed that parasitism rates of FAW in the field increased by 55 per cent, 50 per cent and 38 per cent, for Trichogramma chilonis, Telenomus remus and Cotesia icipe, respectively,” says icipe. “The released parasitoids work synergistically to bring down the population of FAW by attacking different developmental stages (eggs and larvae) of the pest.”

According to the statement, during the last quarter of 2020, icipe researchers and national partners in Kenya began releasing 140,000 each of T.  remus and T. chilonis wasps that parasitise FAW eggs and 5,000 C. icipe wasps that parasitise early larval stages of FAW. The field activities were conducted between December 2020 and February 2021 in five counties: Taita-Taveta, Machakos, Embu, Meru and Nyeri. 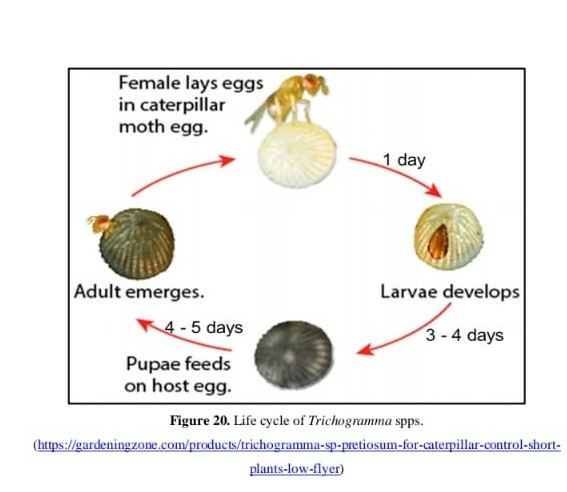 "FAW control methods by use of synthetic pesticides such as Karate  is harmful  to conservation of indigenous natural enemies, and has negative health effect for producers and consumers, furthermore a threat to Environment" says Peter Malusi.

He urges maize farmers to use Bio-pesticides that are environmentally friendly.

Collection of Parasitoids in 2 Sub Counties in Bungoma County.

Collection of parasitoids, eggs and Larvae was done last week by PlantVillage dream team with the guide of Peter Malusi from ICIPE an expert who has done his experiments in Kenya, Burundi, Rwanda and Ethiopia. 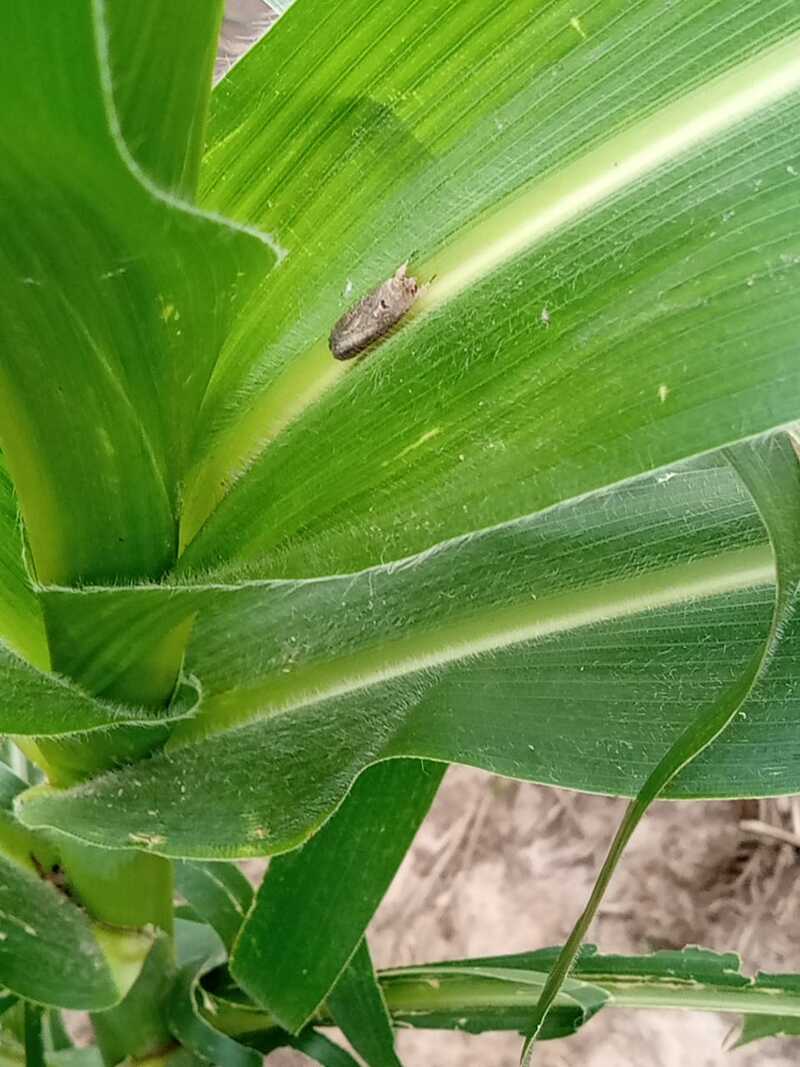 PlantVillage Dream team led by their Director John Chelal made sure that specimens are collected in 3 sub counties in Bungoma; Kimilili, Kabuchai and Bumula. 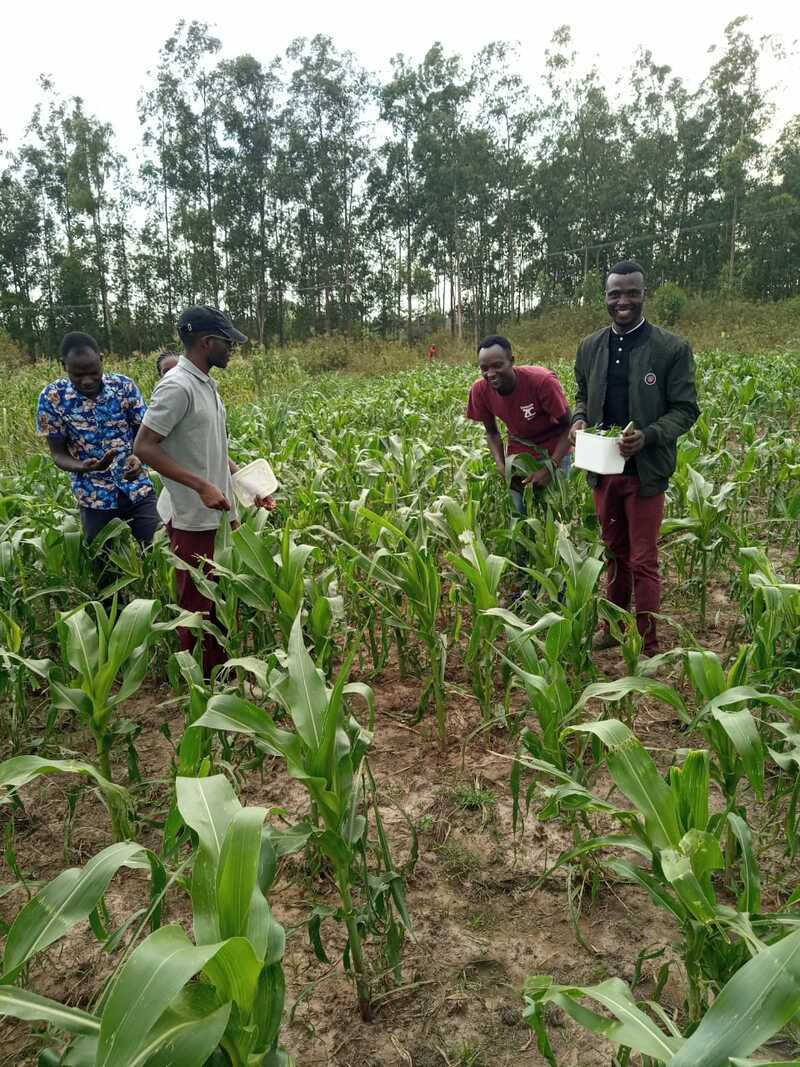 In every farm surveyed for FAW, Location details such as latitude, altitude and longitude were taken using GPS, Name of the County, Sub County and ward then attached in a cage (lunchbox) where larvae or eggs were put. In each surveyed farm, we were looking for larvae, eggs and parasitoids. We managed to find some eggs even though they were so tiny but at least we had Malusi, an expert who could stand and just look around a radius of 5 meters and spot three egg masses. The egg masses collected were placed in plastic cups with about 5g of natural diet (fresh maize leaf). On that sector of searching for larvae, we became experts in searching, thanks to our lead farmer Wamalwa who had done it before working with FAO. We collected approximately 300 larvae. The collected larvae were placed in rectangular plastic cages. 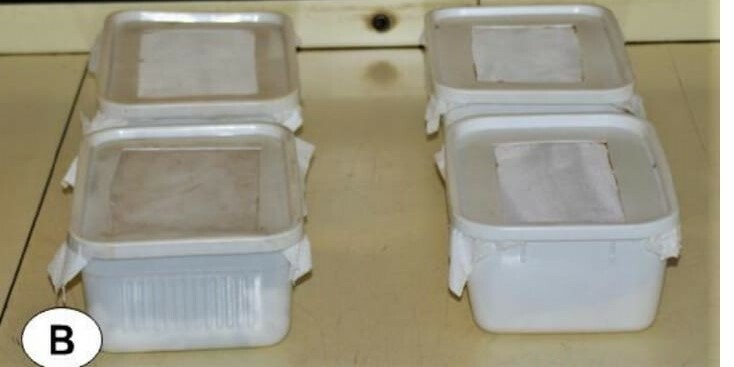 (4 cm height × 15 cm width × 21 cm length), covered on top with a fine screen to prevent the escape of parasitoids. The larvae were fed with around 60g of maize shoot, Malusi said that they do replace it every 48h, until pupation.

The Parasitoids will be ready to be released in two weeks’ time after being determined to exist and also after understanding the instars that are in Western region.

Generally the use of egg parasitoids tends to be inoculative and inundative. The objective is to start the population early in the season before the pest builds up and outnumber the pest before it causes serious damage to the crop. There are two methods of field release of parasitoids: release on cards (as pupae) and release as adults.

The timing of release of parasitoids should be considered for the successful biological control strategy. The emergence, mating, and oviposition of egg parasitoids take place in the morning hours. Therefore, it is better to release the parasitoids in the morning so that they can start their activity immediately (Manjunath, 1988).