Irrigation is a process of harvesting and applying water to the land to supplement inadequate rainfall and fulfill the water requirement of the crops throughout the crop period. There are different types of irrigation methods;

Kazungu Tambo,a farmer in Madunguni ward Kilifi County says that the rainfall patterns in the area have changed. The rains are short and come in later than usual. This has led to low yields in his 4 acre farm. In 2019, he set out to change the situation by having an irrigation system in his farm. He uses a borehole as a source of water to irrigate his farm.He plants horticultural crops for sale like okra, tomatoes, vegetables and bell peppers.He harvest up to 10 bags of tomatoes every week and sale in the local market. 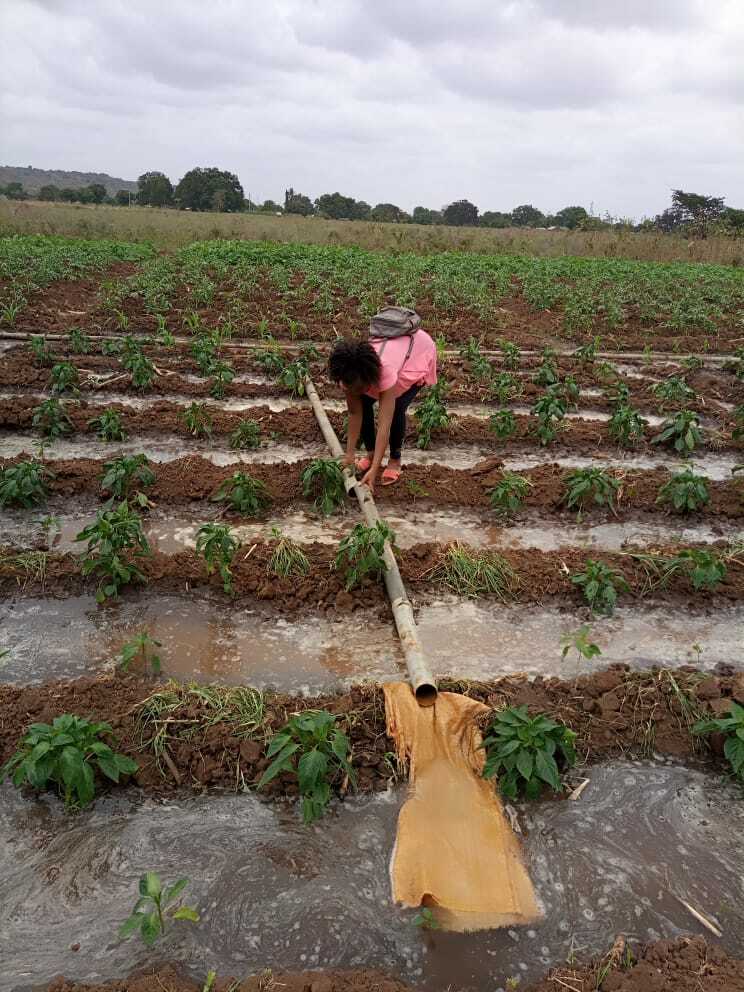 Tambo uses furrow irrigation which is the laying of ridges and furrows on a surface. A ridge is the part of the layout that is elevated and is where the plants are planted. The furrows are the troughs that let the water flow through it. Soil types like clay, loamy and silty are more suitable for furrow irrigation. 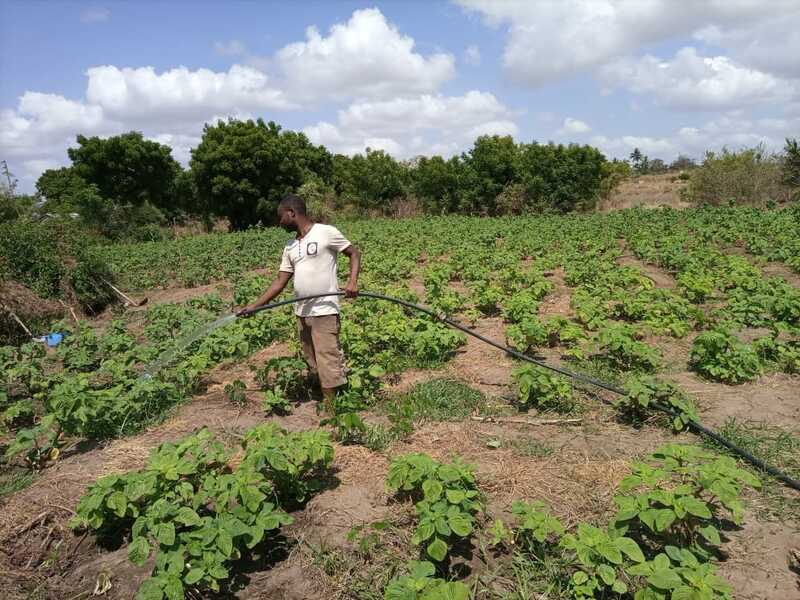