A farmer planting cassava will never lack food in their farm regardless of the season. It is a drought resistant crop grown mostly in parts of Africa.

Do you know that cassava can be infected by diseases? Many farmers do not know of this and would blame low yields on high temperatures. Below are some of the pest and diseases causing low cassava yield:

This is a viral disease thus has no cure. Signs and symptoms of CBSD are mostly visible on mature leaves found at the bottom of the plant. Other symptoms include; 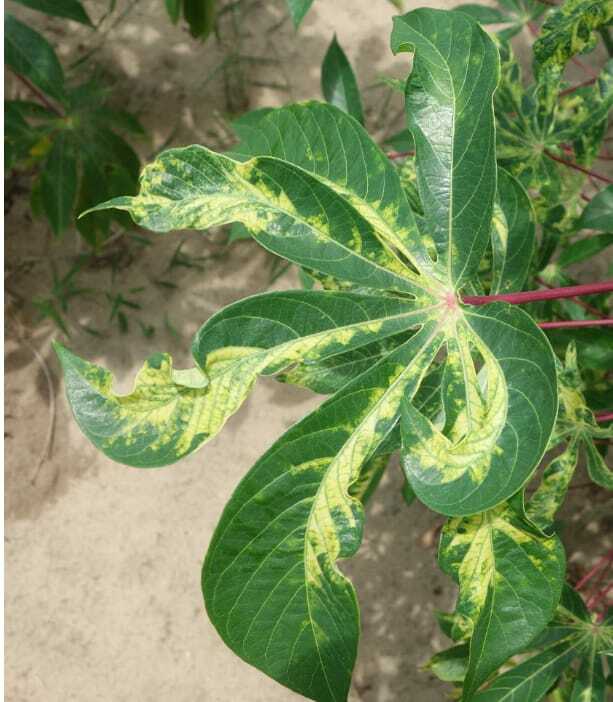 This is also a viral disease and its symptoms include; 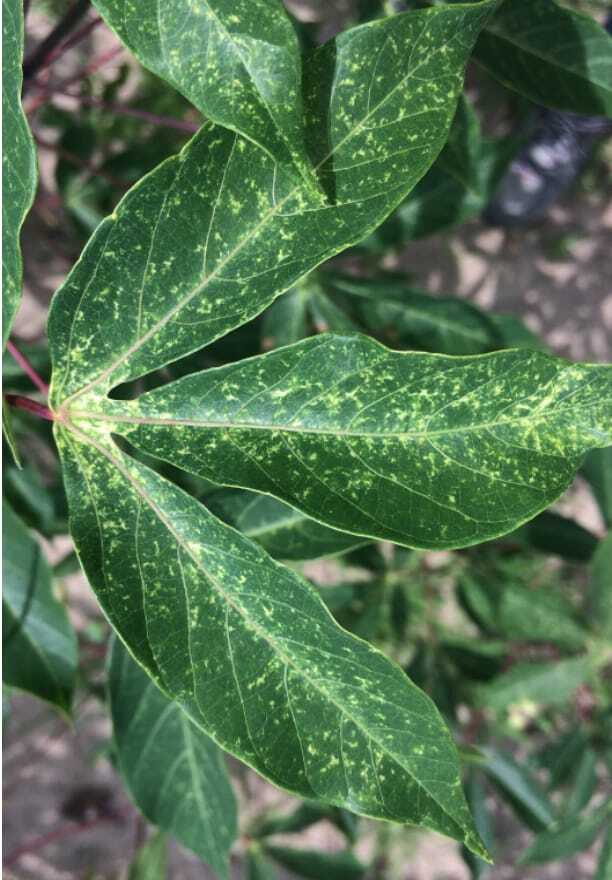 Whiteflies – These are small white insects that transmit viruses such as CBSD and CMD to plants .They are found on the underside of the leaf and suck sap from it.

Aphids –These are small insects found on the underside of the leaf and feed on plant sap. Their feeding causes twisting or bending of leaves. Aphids also cause sooty molds which turn leaves and branches black, reducing photosynthesis which eventually affects plant growth and yield.

Mealybugs – These are cotton like insects found on the underside of the leaves and on the stems that feed on plant sap. 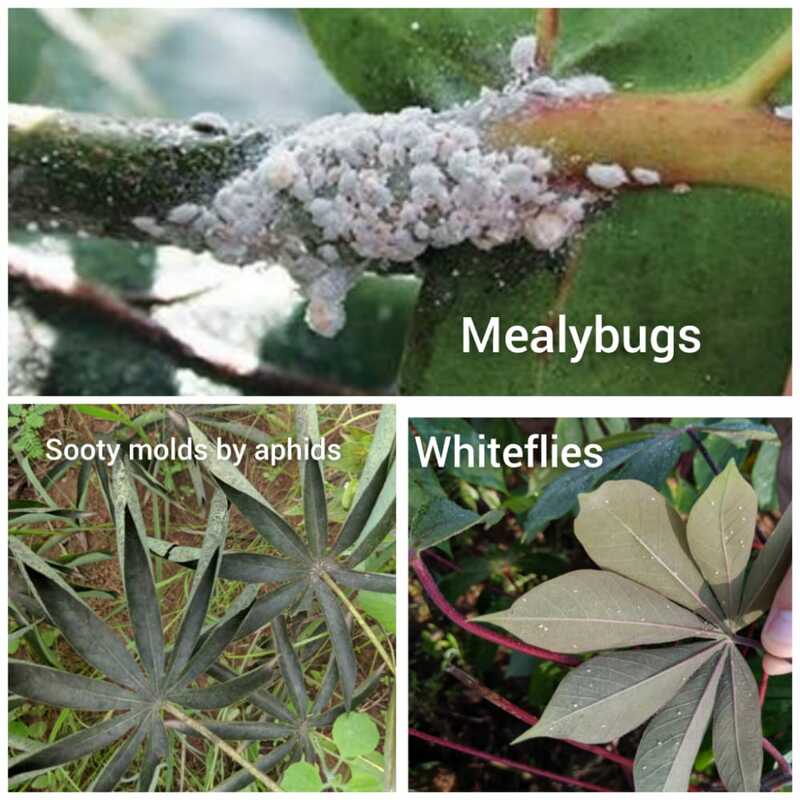 Management and Control of Pest and Diseases

To control viral diseases like CMD and CBSD it is important to use clean cuttings from a certified seed enterprenuer because if you use diseased cuttings, your cassava will be diseased too.

Whiteflies and Aphids are responsible for the transmission of diseases from one plant to another. To protect your fields from that of your neighbours which may be infested by whiteflies, you will need to surround your field with a border plant like Napier grass that prevent whiteflies from flying to your fields. The use of soap or oil sprays is also advisable and should be done early in the morning or late in the evening.

Visit your farm 2 to 3 days in a week and scout for the above disease symptoms. Rogue out the infected cassava plant and dispose it far away from the field either by burning it or burying it. This is because if the rogued out plant is left in the field with other healthy plants, whiteflies from the diseased cassava plant will attack the healthy cassava thus transferring the diseases. 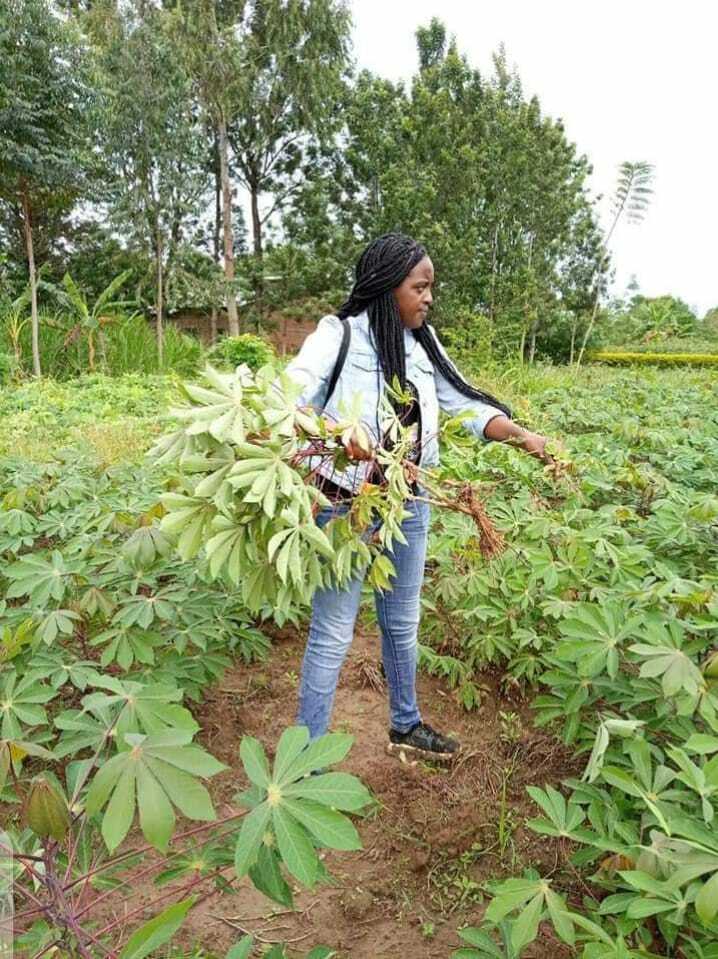 Allan Nzaro, a lead farmer with PlantVillage encourages other farmers to use water pump to spray the mealybugs on cassava or pawpaw away instead of using chemicals. During the rainy season mealybugs and whiteflies infestation is greatly reduced because the rain washes them away.

In addition, you can download Link and use PlantVillage Nuru smartphone application to identify cassava diseases and access advice on control measures.