How PlantVillage Scouts in Northern Kenya Lead Their Lives 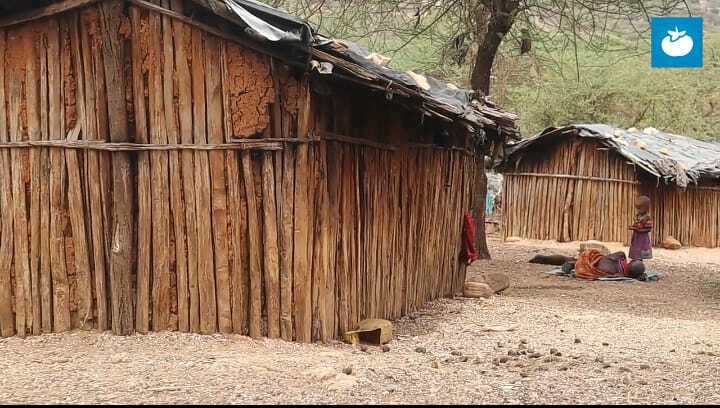 The northern part of Kenya is one of the places in Sub-Saharan Africa severely affected by the effects of climate change. Communities in this region solely depend on livestock as their source of livelihood, unlike other parts of the country that have the advantage of good soils and weather for growing crops.

PlantVillage, through its long-term initiative of helping not only farmers but also pastoralists deal with the effects of this menace, deemed it fit to place officers called One Health Scouts in four regions of the north: Samburu North, Samburu Central, Samburu East and Marsabit to work closely with veterinary officers and community disease reporters (CDRs).

This was a strategic move to help pastoralists manage their animals, which are frequently hit by diseases due to extreme weather conditions and lack of food and water.

Tyson Yasin, who is based in Wamba in Samburu County, is a member of the One Health Scouts and his life resembles that of a typical Dream Team member working in hardship areas. 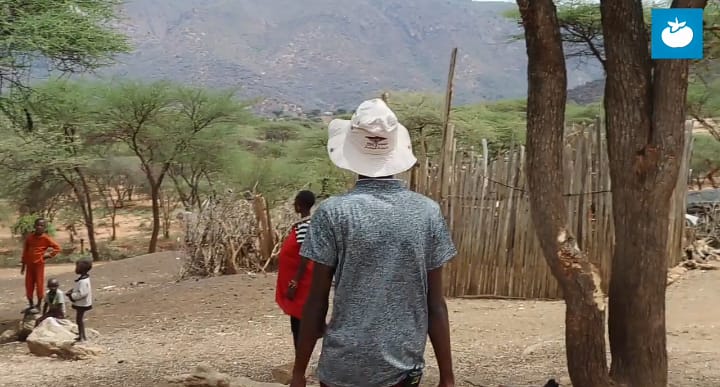 The setting of the place he operates from is typical of a Samburu homestead. He lives far away from his mother's homestead and is only allowed around occasionally as per the traditions.

His routine is a unique one. Because he is a member and lives within a community weaved together by stringent norms and traditions, his day is not like that of normal Dream Team members based in other counties.

His work involves visiting pastoralists in their homes and grazing fields to check on the health status of their animals. This starts early in the morning when the animals are being driven out of homes to grazing fields.

"I have a schedule I follow to determine which areas I will be visiting. At around 11 am is the best time to catch up with the pastoralists, who are mostly found at watering points or designated grazing fields," he says. 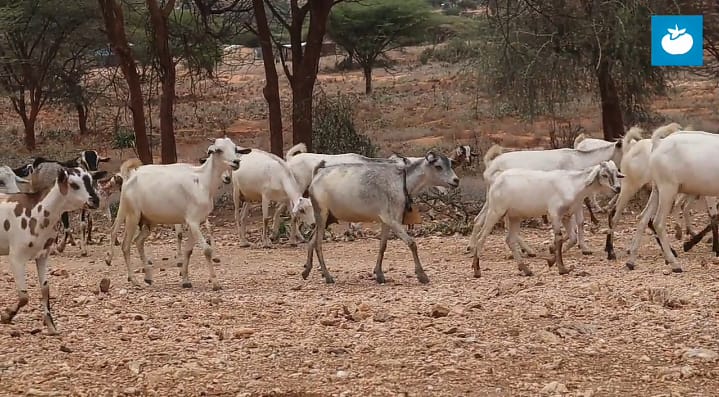 Goats being driven to the grazing field.

Tyson continues by saying that the pastoralists follow a certain pattern when grazing depending on the amount of pasture in an area. Areas with dense vegetation attract more pastoralists. When he finds a group of them, he asks them questions about the health of their animals, checks the livesctock for signs of disease outbreak, and gives them gridding maps and precipitation forecasts.

His work extends into the evening. His phone has to be on throughout to give the best service to the pastoralists.

"Sometimes in the evening, I get a call from a pastoralist who is concerned about the sudden change in the condition of his animals. With this, I have to wake up early in the morning and go diagnose the condition," he says.

Tyson, who went to Mount Kenya University and graduated in 2018 with a degree in project management, says that challenges encountered by members of his community are one of the reasons he finds passion in his work.

"I was born and raised in the pastoral community and I have seen our community lose a lot of animals. That makes me want to bring the desired positive change to the livelihoods of my people," he says.

His work is highly rigorous and professional. It requires a sharp and dedicated mind to deal with pastoralists who have little knowledge about livestock diseases. Attending to a sick animal starts with looking out for signs of the physical outlook of the animal, he says. This requires a keen eye and an expert view.

Patoralists such as Chali Lesela from Ngari Village find Tyson's work a big boost to their well-being and undying hope. He has been able to save a lot of his animals from dying from diseases through Tyson's help in coordination with community disease reporters and the county veterinary officers.

"The expert advice and drugs they provide have been so helpful to us. Sometimes when we feel that we are going to lose everything, they come and change the expressions on our faces," Mr. Lesela says.

This daily dose of willpower and effort is in itself rewarding. However, the challenges Tyson faces can be devastating. He tells us that he recently lost six of his sheep to leopards.

"There is a problem with the network that hinders communication and affects my work negatively. Pastoralists also live in places that are inaccessible, areas that I'd require a motorbike to traverse. 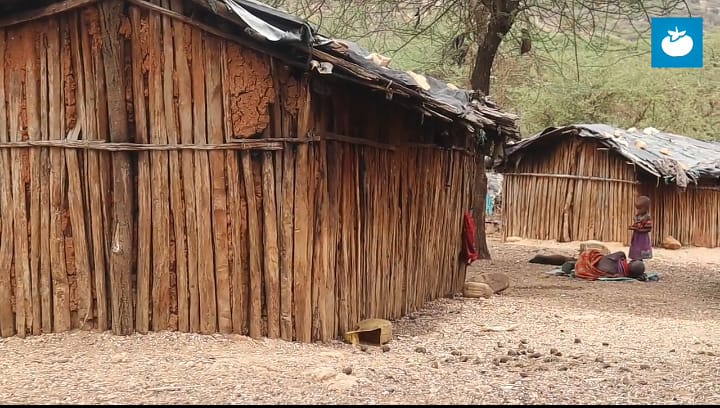 Them migrating is another big challenge because it is hard to help them consistently when you find a manyatta is deserted and there are no animals," he adds.

Despite the challenges, Tyson admits that he has more to be proud of, having served in his capacity as one of the organization's ambassadors in this region that requires thick skin to survive.

The life of Tyson as a Dream Officer is a great inspiration that it takes a village to achieve something great.