Uganda’s coffee sector is made up of about 1.7 million small-scale household farmers. At least 2.8 million households depend on it for a living.

Of the total number of households involved in coffee growing, 1.17 million grow the Robusta variety, which faces the threat of pests and diseases.

One of the most common diseases of this variety is the Coffee Red Blister Disease (CRBD), commonly known in Central Uganda as "ekikaata" in Luganda. It is caused by a fungus called Cercospora coffeicola. CRBD manifests itself with small-red and slightly raised spots that appear on both the green and ripening coffee berries that later enlarge and join, forming unsightly red blisters on them. 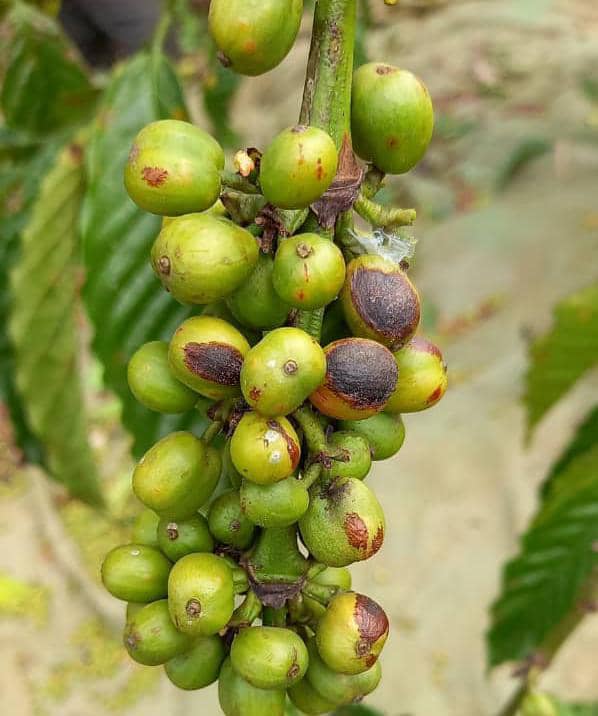 The devastating effects of the disease are felt when heavily affected berries continuously drop off, forcing the farmer to harvest them prematurely, leading to a low and poor quality yield.

The disease, which has existed for a long time, is being perpetrated by the rising effects of climate change. It thrives in a warm and humid wet season followed by a warm dry season.

The fungus also affects leaves, and this can manifest as early as the seedling stage in the nursery with small pale yellow or white spots developing between leaf veins on both the upper and lower leaf surface. As the spots get larger, they become dark red or brown and develop a greyish center (5–15 mm). The spots may have a yellow border around them. 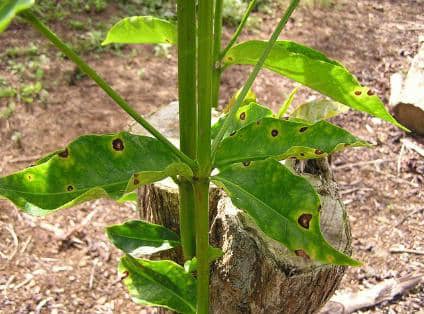 CRBD can be controlled through raising soil pH to reduce acidity and enhance absorption of other essential nutrients that nourish plants, help coffee productivity, and improve bean quality. There is a direct relationship between soil acidity and the proliferation of fungi and other diseases.

A coffee AI model provides an effective way of regularly monitoring disease presence  on the farm thereby enabling early disease detection which allows for timely application  of appropriate  control measures. This will significantly contribute towards increasing coffee yield on the farm.

Coffee production is threatened by other diseases such as coffee the berry disease, coffee wilt disease, armillaria root rot, coffee leaf rust and pests including the coffee twig borer, stem borers, mealybugs among others.