Banana is one of the major crops grown in central Uganda which promotes farmers’ income levels and foster food security. More than 75 % of farmers in Uganda grow banana.It is the country’s staple food. Production is however hindered by pest and diseases that results to low yield.

One of the diseases affecting bananas in central Uganda is xanthomonas also known as banana wilt. It is the single most important threat in the banana sub sector caused by soil inhabiting fungus species fusarium oxysporum forma specialis cubense. It’s enhanced by the bacteria xanthomonas vasiocola pv. musacearum. Once they are inside the plant, these microscopic single cell organisms multiply and form the slime that is visible when an infected plant is cut open. It’s a disease that causes a banana plant to rot from the inside out. 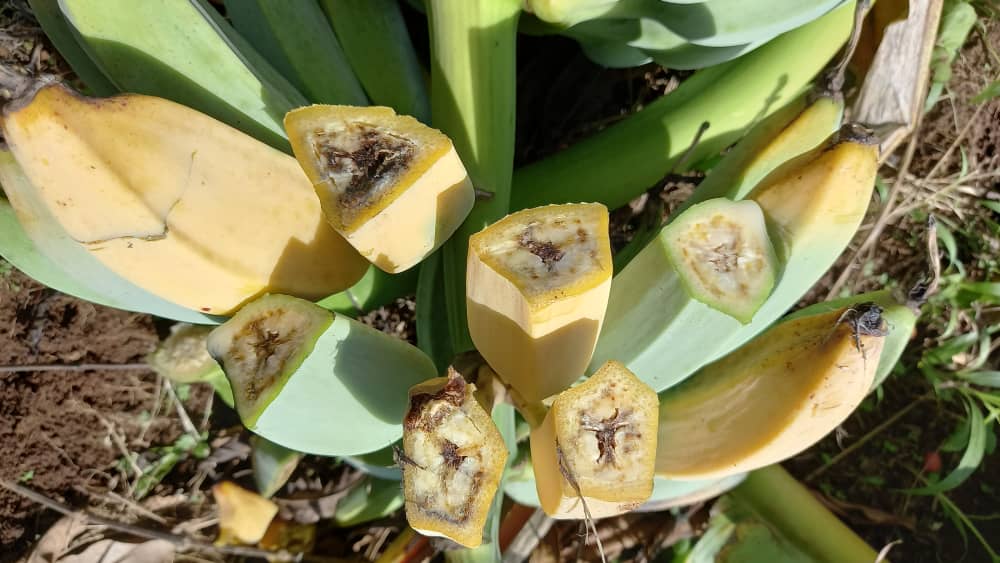 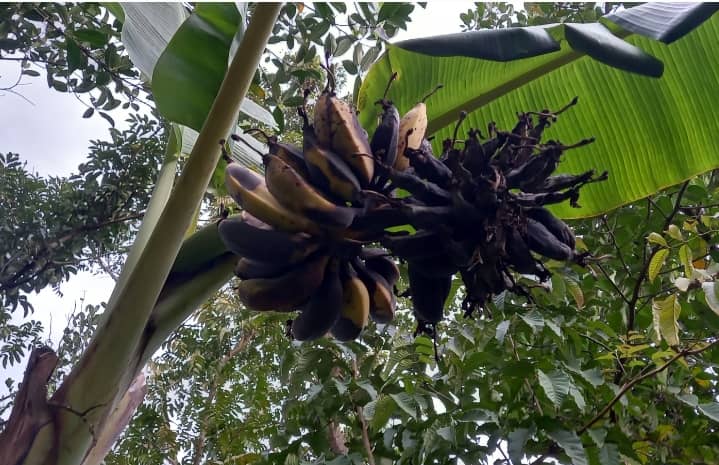 Description of the disease

In a flowering banana plants, the first symptoms of insect transmission is a drying rot and blackening of the male bud, which start with the outer bracts and eventually extend to the rachis. The fruits ripen unevenly and prematurely, turning from green to yellow and black rapidly. The pulp of the rotting fruits shows rusty brown stains.

A yellow-orange streaking of the vascular tissues and the presence of a yellow bacteria ooze, can also be seen from any infected plant part.

Insects, farm tools and infected planting materials are the main agents of transmission. Fresh wounds offer bacteria a point through which they can enter or leave the plant.

An insect visiting an infected plant can get bacteria on its body through a wound that exudes bacteria and it can transfer to healthy plant.

Cutting tools also contribute to the transmission of the disease when used on an infected plant. When used in a healthy plant without being properly disinfected or cleaned, it can transmit the disease.

The spread of the disease over varying distances has also been associated with the use of infected sucker for replanting. 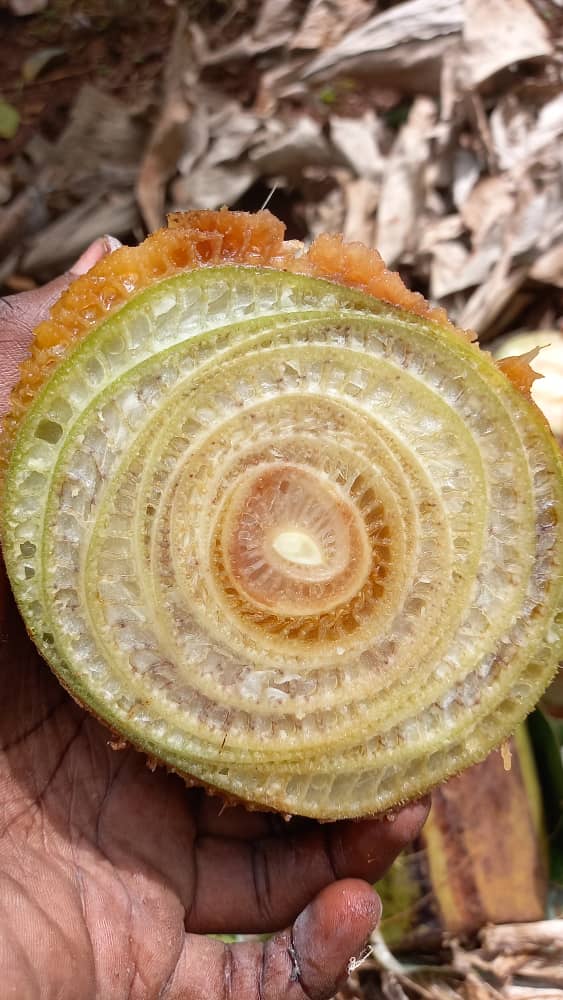 Debudding i.e. removing of the male bud after the fruits have set will prevent insect transmission of the bacteria. This has to be implemented by using a forked stick instead of a knife.

Disinfecting or using clean tools. This is achieved through sterilizing of the blade by putting it in fire for about 20-30 seconds.

Single Diseased Stem Removal (SDSR), which consists of cutting off the diseased plant at soil level, destroying emerging suckers and leaving the rhizome to rot.

PlantVillage is developing an artificial intelligence model to be added on PlantVillage Nuru mobile application. This model will be used to scan, detect and diagnose xanthomonas wilt, fusarium wilt, black and yellow sigatoka among other banana diseases. The application will give immediate diagnosis as well as advise farmers on the measures to be undertaken to control and prevent the diseases.

In addition, it will also link farmers, extension officers and seed suppliers. Banana farmers can have access to resistant varieties as well as healthy suckers.