A pest is defined as a biotic constraint that retards the successful growth and development of a crop. Examples of these constraints that are common in Uganda are insects, pathogens, weeds, rodents, mites, and parasitic plants.

The least addressed of these are the parasitic plants. In Uganda, the most well-known parasitic plant is the witch weed (Striga sp.), which is a common sight in the eastern and northern regions of the country in fields with maize, sorghum and other grain crops.

Striga is a serious pest and yield losses of 60–85% have been reported in grain crops. Research within the country and the region has developed measures to manage the pest, such as the use of push-pull technology and the use of resistant crop varieties. 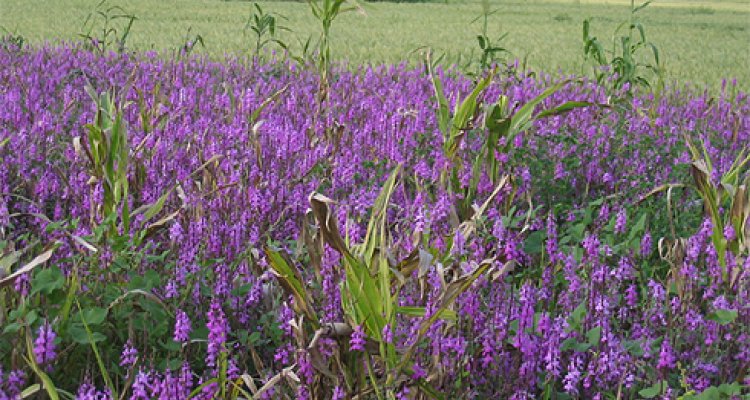 A field heavily infested with striga [Photo-Wagenungen University and Research]

However, these control measures have not been adopted by farmers. From the Dream Team officer's interactions with them, many aren’t aware of these management practices.

The farmers who try to control the pest do so by crop rotation. This is also proving ineffective because of land fragmentation that limits farmers’ ability to implement an effective rotational schedule coupled with the ability of Striga sp. seeds to remain viable in the soil seed bank for over 10 years. The problem posed by Striga sp. looks set to continue or worsen because this pest thrives in infertile soils where continuous cropping and minimal fertilisation of the soils by farmers accelerates the soil fertility loss.

PlantVillage has reported success with trailing Striga sp. control methods, particularly the use of push-pull technology and a technology called Kachawi Kill, which has proved effective in the management of this parasitic weed in Kenya. Potentially, this may provide a suitable solution for management of Striga sp. in Uganda because, unlike the push-pull method, it doesn’t require considerable space and a significant level of expertise by the farmers.

Besides Striga sp., there are other parasitic plants present in Uganda that are less known and less studied but present a potential challenge to crop production in the future.

This is an obligate parasitic plant that has established itself in East Africa. It seems to have been spread in Uganda by people who had misidentified it as an ornamental and dispersed it. It is now commonly seen on trees, especially along the highways.

This plant has been observed to kill mature trees, and if left unchecked, it can potentially wipe out a number of trees, particularly those growing closely together. This may present a challenge to reforestation and agro-forestry efforts in the heavily affected regions of the country. 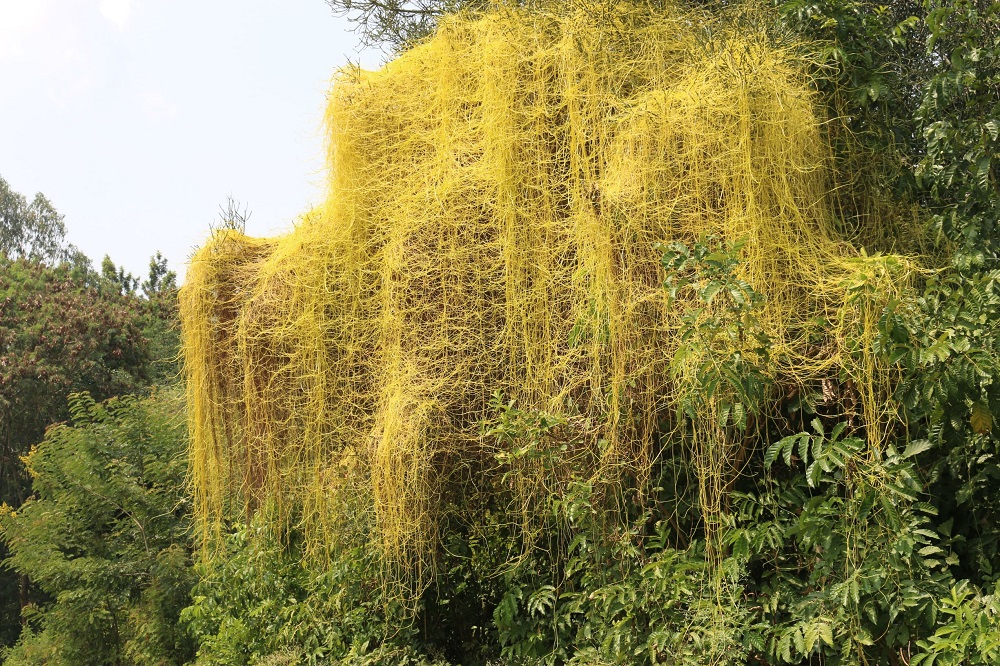 This is a semi-parasitic weed that attacks woody plants. It establishes itself on a plant using haustoria that penetrates the woody tissue of a plant and draws water and nutrients from the plant into the parasite.

It also photosynthesizes, so it is not wholly reliant on a plant for sustenance. However, it weakens the plant, rendering it susceptible to other pests, and it can also overgrow a plant and suppress it in the process.

The seeds of this plant are spread by birds that swallow the seeds and excrete them onto other plants where they grow and establish themselves. This attribute gives it the potential to become a widespread challenge in the future.

The Uganda PlantVillage Dream Team noticed this weed in a number of orange plants in farmers’ orchards. Some of the farmers are clueless about this weed and often notice it when it is flowering or when it is overcrowding the plant.

The farmers having it on their farms have been advised to cut it off the orange plants when observed to limit its spread. 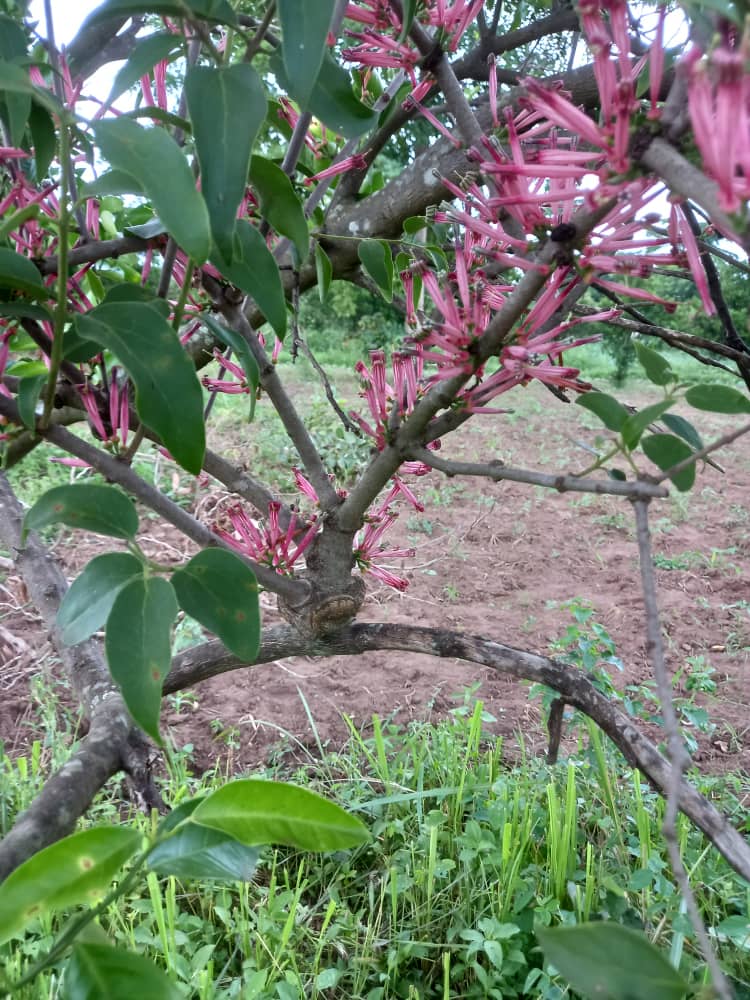