The first phase of Cassava demo plots in Kilifi County was established in early 2021 with an aim of providing clean cassava cuttings to farmers and act as learning sites to farmers. 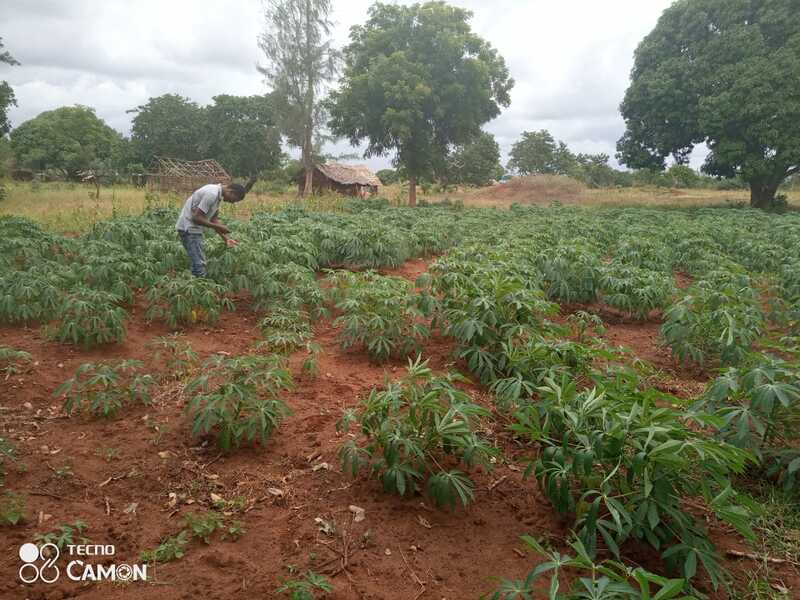 Twenty five smartphones were given to twenty five lead farmers who were selected by the group members. They were trained on the use of the PlantVillage Nuru mobile application to identify and diagnose cassava pests and diseases. The lead farmers were then expected to train their following farmers and the community on the same. 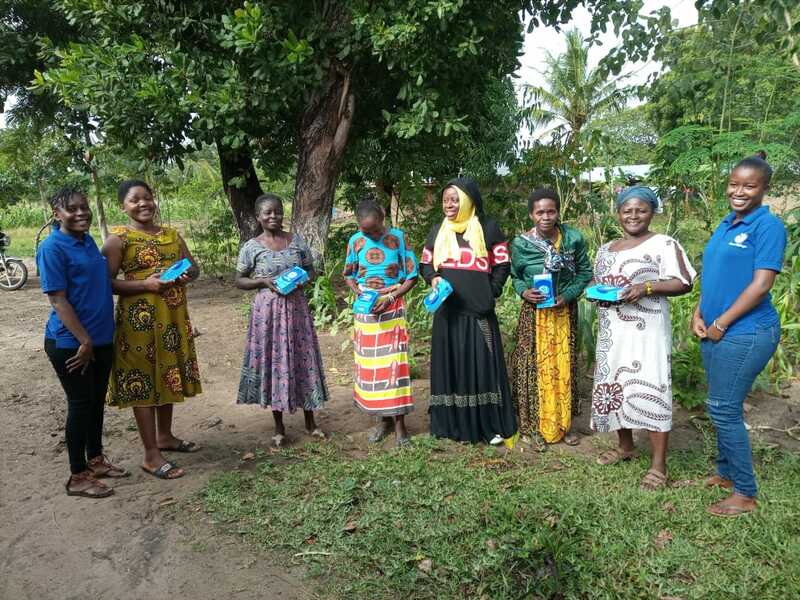 During the period between end of April and early May, there was vigorous growth of cassava plants in all the 16 fields planted because the rains were at peak. Some of the fields were planted with an intercrop of either maize or a legume such as cowpeas.

The Dream Team members visited the demo plots for monitoring, at least two times each month. They surveyed the fields using PlantVillage Nuru application. The farmers were advised on control measures to make sure that the plots were free from diseases.

The demo plots experienced a number of challenges such as prolonged drought in 2021. The rains in Kilifi County were low and unevenly distributed. Some of the demo plots such as those in Malindi Sub County were severely affected by the drought causing the cassava to shed off leaves and some demo plots did not recover from the drought. 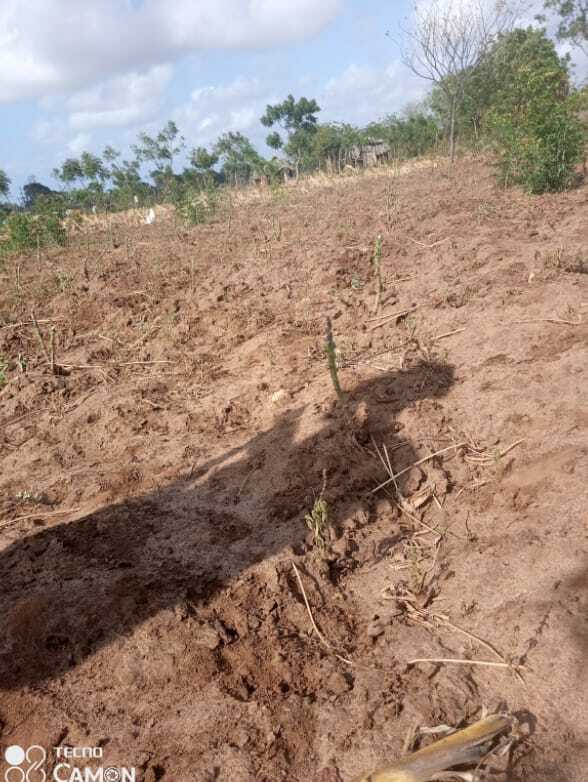 Due to the prolonged drought, most livestock lacked vegetation to feed on hence the demo plots were their only hope. Most were left to wander in search of grasses and water thus ended up feeding on the cassava plants.

Even with the challenges faced, the demo plots were of great benefits to the farmers since cassava is a drought tolerant crop. Other crops like maize failed and cassava was the main source of food for farmers throughout the prolonged drought.

The demo plots are now a source of clean seeds for farmers. Cuttings will be distributed to following farmers to plant in their farms thus enhancing food security.