PlantVillage, as part of its efforts to assist communities in the Arid and Semi-Arid Lands (ASALs), has signed a tripartite agreement to set up an irrigation project to help farmers in 30 households in Kilifi County, Kenya, combat drought.

Beneficiaries in the 30-household project are members of the Nuru Community Irrigation Group Community Based Organization (CBO) and landowners in Garishi, Kilifi County.

The project aims to increase crop productivity, ensure water security, and enhance regional agroforestry. Members of the PlantVillage Nuru Community Irrigation Group and landowners will specifically benefit from establishing the irrigation scheme through the production of high-value crops. 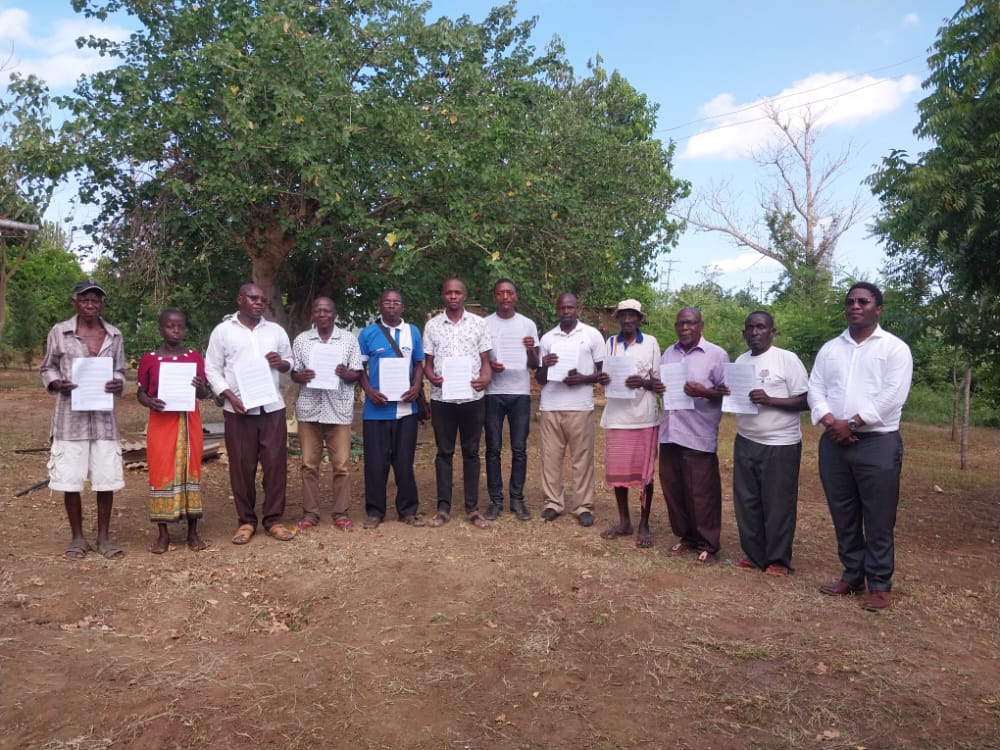 "This agreement consists of general provisions that will ensure PlantVillage sinks and equips a borehole to be used for irrigation by the CBO," said Lawyer Timothy Owade, who oversaw the signing of the agreement.

Lawyer Owade said that the organization will contract a horticultural specialist to guide farmers on crops to plant and provide farm inputs on a loan basis for two years.

"The agreement is for 15-20 years and will be reviewed every two years to ensure efficiency," he explained, adding that there will be three cropping seasons per year.

The lawyer said that upon the sale of yields at the end of each season, the entire sum will be deposited in a joint account. "35 percent of the profits gained in each season will be retained by PlantVillage to be used in the expansion of the project."

He also advised all parties to stick to their stated goals and to resolve disputes within 30 days. 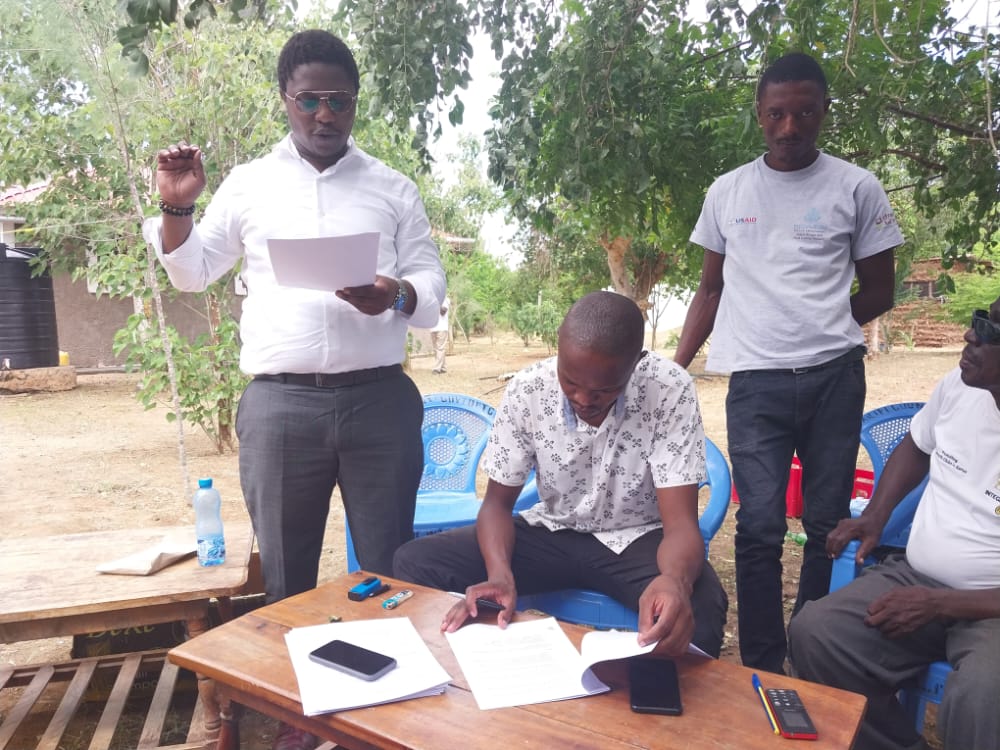 Liverson Mwandembo, PlantVillage Drought Management Lead, said that lack of adequate rainfall in the region hindered the progress of cassava demo plots and agroforestry projects, which PlantVillage had invested in as part of the drought mitigation measures.

"Cassava seedlings and trees distributed in the area kept drying up. Therefore, we decided to help farmers by investing in a groundwater borehole for irrigation," he said.

He emphasized that exploiting groundwater will uplift the community within Garashi.

"The irrigation scheme will highly benefit the CBO farmers since profits gained from selling the produce will aid in scaling up their livelihoods," he said, adding that the project will ensure food security, access to clean water, and provide carbon credits through agroforestry.

Mr. Mwandembo stated that PlantVillage plans to extend irrigation schemes to other national and global communities.

"We intend to come up with more innovative activities to improve resilience in agriculture," he said.

Ferdinand Katana, the chairperson of the Nuru Community Irrigation Group, lauded PlantVillage’s decision to partner with the CBO. 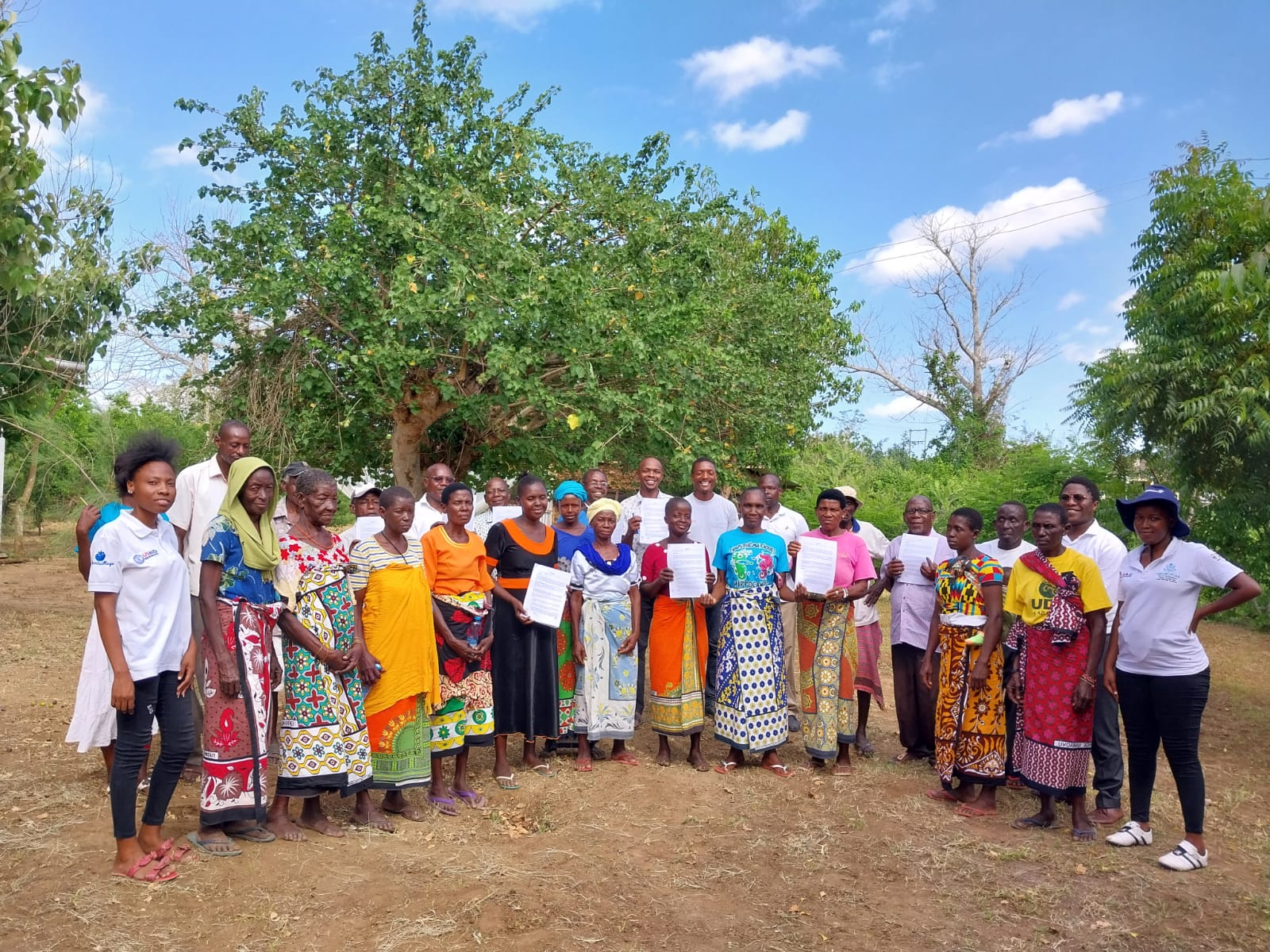 "The borehole will be of great help since we will no longer depend on rainfall to grow crops. It will ensure adequate water supply to the group," she said.

Mr. Katana said 30 members of his group will acquire at least a quarter of an acre to grow and produce high-quality crops and advised fellow farmers in dry regions to embrace irrigation farming.

Margaret Thomas, a farmer in Garashi, advised members of the CBO to uphold unity for the continuity of the project and outstanding profits.

"I am grateful for the project since it will ensure food security in our area and provide us with a market supply to sell our produce," she said.

"This project will increase food supply and improve the economic situation on homesteads; therefore, farmers need to adopt it for efficacy," he said.

The project, which was set up in January 2022, started with various surveys and the obtaining of required permits and will incorporate 20 acres of land into two farms. One farm will be used for drilling the borehole and the remaining area for conducting irrigation.

The drilling process is set to begin early next year.