PlantVillage is constantly updating and we add new crops regularly. When we do we will make an announcement here on our blog. Drumroll please: We have a Cocoa page! Of the 80 plus crops we have now I would have to say Cocoa is the one I get most excited about. This is a tree from the Upper Amazon that was widely cultivated by the Mayans and Incas of South America well before Europeans arrived. The first European to discover it was none other than Christopher Columbus when he landed in Nicaragua in 1502. It was very important to both Native peoples and Europeans, and in recognition of this, its Latin name Theobroma cocoa is a combination of the Greek, Theobroma meaning ‘food of the Gods” and cocoa that originates form the native language Nahatl (of the Aztec people who came after the Mayans) word xocolatl, from xococ (bitter) and atl (water). The Aztecs believed the plant was a gift of the gods (Quetzalcoatl in fact). The history of chocolate is fascinating and told elsewhere (e.g. http://tinyurl.com/3rj9hew). But let us speak about the plant itself. It is a rainforest tree from the Upper Amazon at the Andean border of Brazil and Ecuador. The Andes rose up around 3 million years ago and appear to have spilt the genus Theobroma into different species. Being a rainforest plant, it needs humidity and low light when a sapling. It therefore must be cultivated under shade, making it an ecologically wonderful crop since cocoa farms promote biodiversity and can act as corridors between patches of forest. And because of its tropical origin it can only grow near the equator. Farmers collect the pods that grow directly from the trunk. The pod is the fruit and contains the seeds that are called cocoa beans which are removed from the pod and further processed. (The pod itself is quite wondrous and was the inspiration for the Cocoa Cola bottle, but that is another post I think). [[image-1]] Nowadays, most (78%) of Cocoa is grown in 5 West African Countries, with the Ivory Coast and Ghana dominating. For these countries, Cocoa is really important and makes up as much as 41% of GDP (Ivory Coast). It is not a misstatement to say that one reason Ghana is the most stable country in Sub-Saharan African is because of the chocolate industry, which has brought huge prosperity. Roughly 4 million farmers depend on this crop, and in Europe and the US, the chocolate industry employs over 300,000 people. By any estimation, Cocoa is a very important crop. That’s why it is scary to think of diseases that affect Cocoa. Some of them are like the nasty emerging infectious disease we humans get that jump out of rainforests. Others are diseases that chase Cocoa around the world from its native range. In a future post I will speak more about this but for now lets just enjoy the fact that we have a cocoa page. Now, time to find some chocolate and make myself a nice cup of tea (that reminds me, do we have a tea page?) 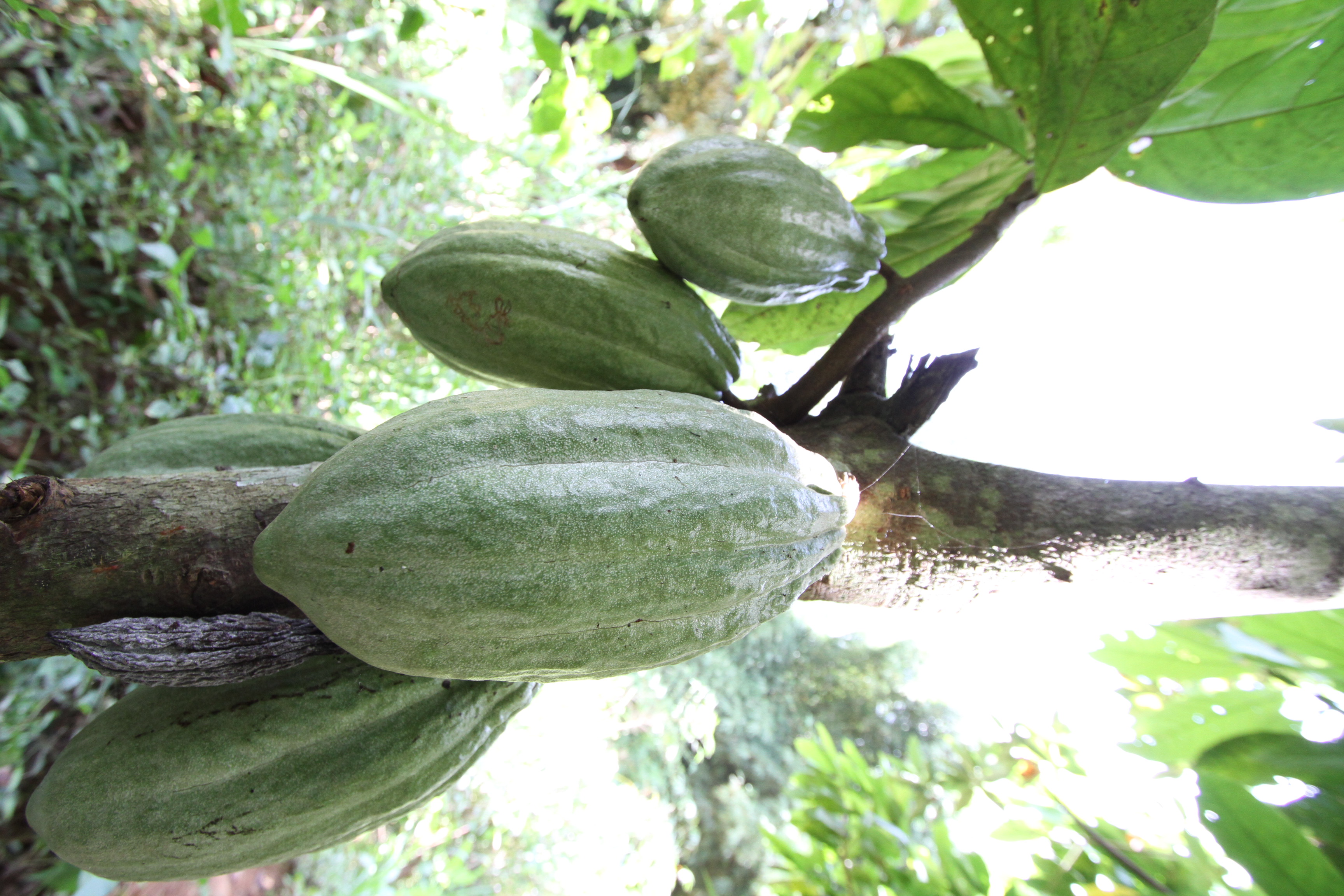