Busia county has been our home base for the past four months. Butula, Budalangi, Matayos, and Samia are the sub-counties that we visit. These-sub counties are more diverse with different tribes mainly; Luyha, Luo and Iteso. This makes it easier for us to communicate with people around Swahili being the common language shared. Our main aim is to reach out to the small scale farmers and disseminate information which has been possible with the help of lead farmers, their following farmers and attending their group meetings. Our presence in the area has transformed their perspective way of thinking that cassava diseases are soil born which is not true but instead, the viruses are in the cuttings and now they understand that these diseases are caused by planting diseased cuttings. Farmers in the area also shared with us that they lack knowledge of modern farming techniques and we could be of good help to them. With our assistance on the ground, they can acquire more knowledge and adopt the techniques to improve the yields and increase food security.

Fieldwork is more interesting for one who is ready to learn, listen and share. Every morning we wake up ready to hit the road for a new adventure. We pass by the fields, farmers working hard up to midday,  hoping that at the end of the season they will have something to harvest and if by chance need be, sell extra for cash to earn a better living. We interact with diverse farmers sharing knowledge about diversified farming and to some extent culture and agriculture.  Busia being warmer it supports the growth of various crops like maize and cassava being the staple food in addition to other crops like sweet potatoes, millet, sorghum, soybeans, common beans, groundnuts, Bambara nuts, Africans vegetables, various fruits among others. Sugarcane is grown in large scale as a cash crop for commercial purposes. In as much as the farmers grow cassava and maize as the main crops, they have been devastated by the risks imposed by pests and diseases attack. The common diseases in cassava being cassava brown streak that leads to rotting of tubers, cassava mosaic that reduces yield beyond expected, cassava green mite and then sooty molds by aphids that hides the disease. In maize, we have fall army warm, maize lethal necrosis,  maize streak disease, and Striga weed. As Dream Team we advocate for zero chemical remedies, like in the case of controlling cassava diseases, we use the AI PlantVillage app to diagnose the disease, advise farmers to plant clean certified cuttings, rouge out affected cassava, practice crop rotation and push and pull. In the case of FAW, we advise farmers to use ash in solution form to spray affected crops, maintain clean hygiene in the field and crop rotation to control MLND [Maize Lethal Necrosis Disease] and maize streak and use cattle slurry to control Striga weed. Despite the normal challenge we face like poor network connection in some regions and being chased away by dogs, we have learned to be flexible, adaptive to change, problem solvers and co-sharing of new ideas with farmers. From the previous surveys that we have conducted, we have noticed that Samia region grows cassava at large as their main dependent crop which can thrive well despite the challenges they face like limited rainfall, cassava disease and lack of ready market for both tubers and cuttings. We hope that they will find support to help them install an irrigation scheme that will help them practice diversified farming since they are near Lake Victoria.

Written by Lawrence and Winnie. 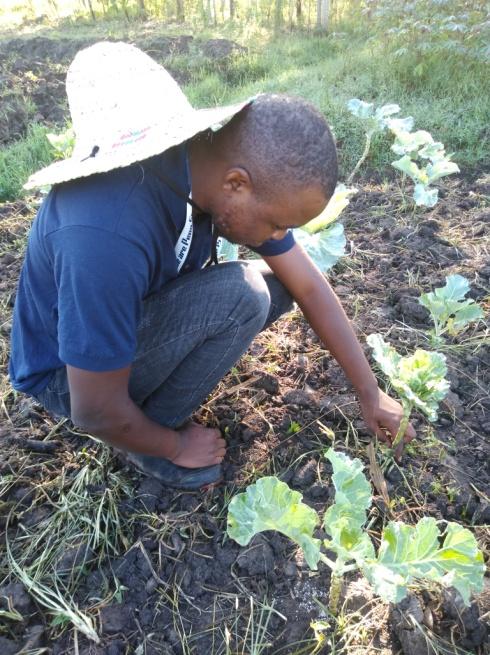 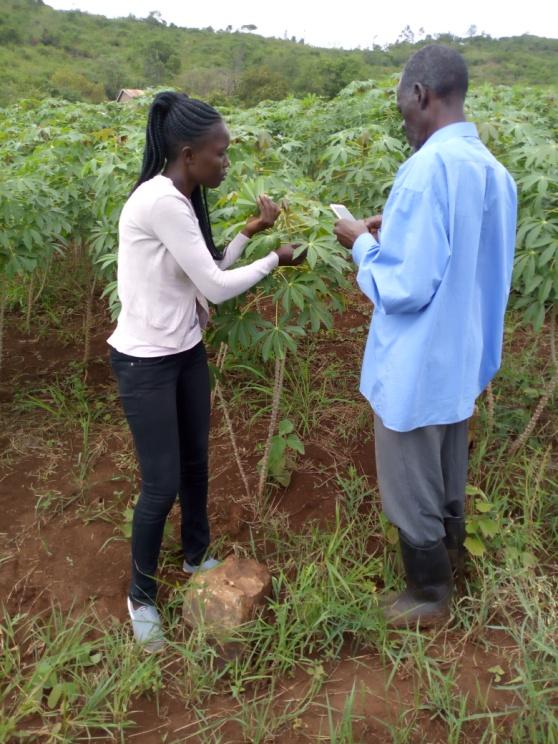 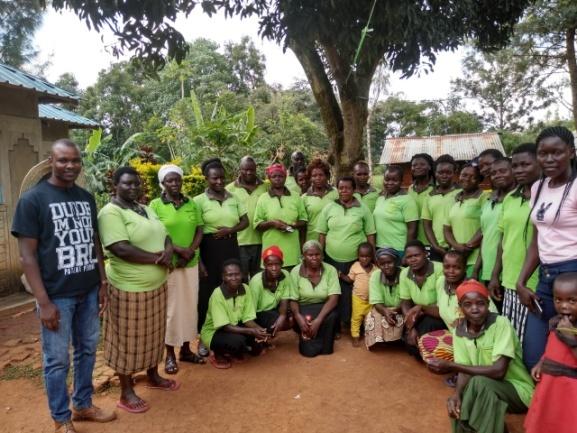 Figure 3: A Self-help group in Lung’a