A fun break from our usual Dream Team blogs, we have an update on travel from the Penn State Team! Engineers, Pete McCloskey and Annalyse Kehs, traveled to India for 2 weeks from January 25 - February 8, 2020. We had the privileged opportunity to attend the Global Potato Conclave. The first 3 days were spent fruitfully engaging with other researchers in the potato space. We learned about new research being done on potato varieties, farming, hybrids, and technology. 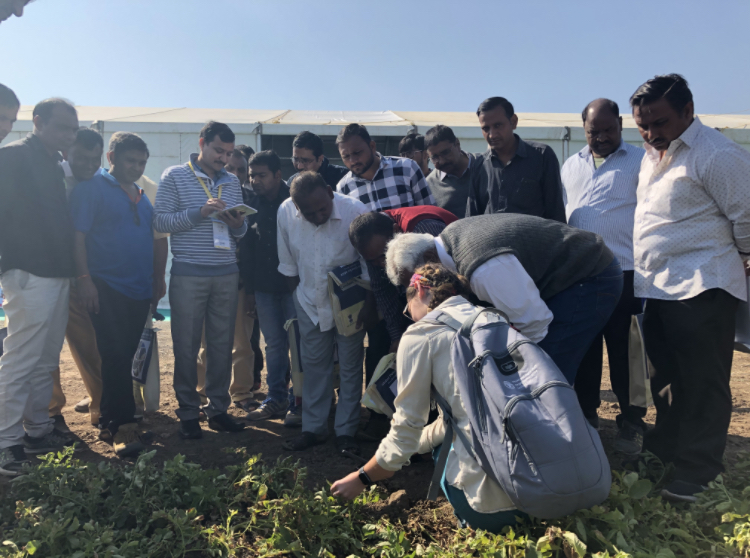 We were excited to engage with current collaborators from CIP, CPRI, IORA and IIT Mandi. Dr. Ian Barker and Jan Kreuze from CIP highlighted some of the advanced work we do on AI disease diagnostics for potato blights. This was wonderfully appreciated. We also met with Dr. Timothy Gonsalvez, the Director of IIT Mandi and lead PI on the FarmerZone project, as well as some of his Ph.D. students. 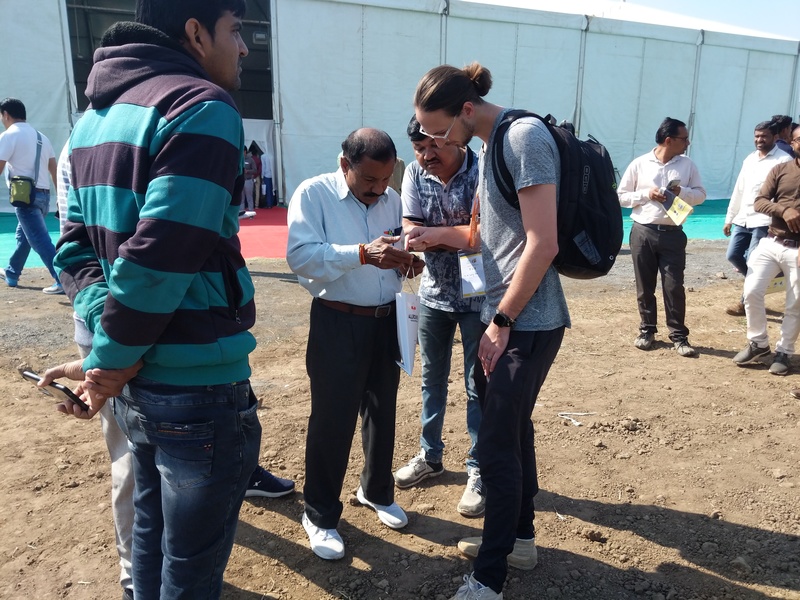 After the Conclave, we traveled to Modipuram, Meerut, Uttar Pradesh to collect potato disease images and meet with farmers. The first day was spent at the Modipuram CPRI research station where we took approximately 2,500 images of late blight, present in several popular potato varieties grown in India.

The next 2 days were spent in farmers' fields, capturing images of late blight, early blight and frost symptoms. We had engaging discussions with farmers on how they currently use the FarmerZone app, what could be better, and how we can improve the usability of the features. 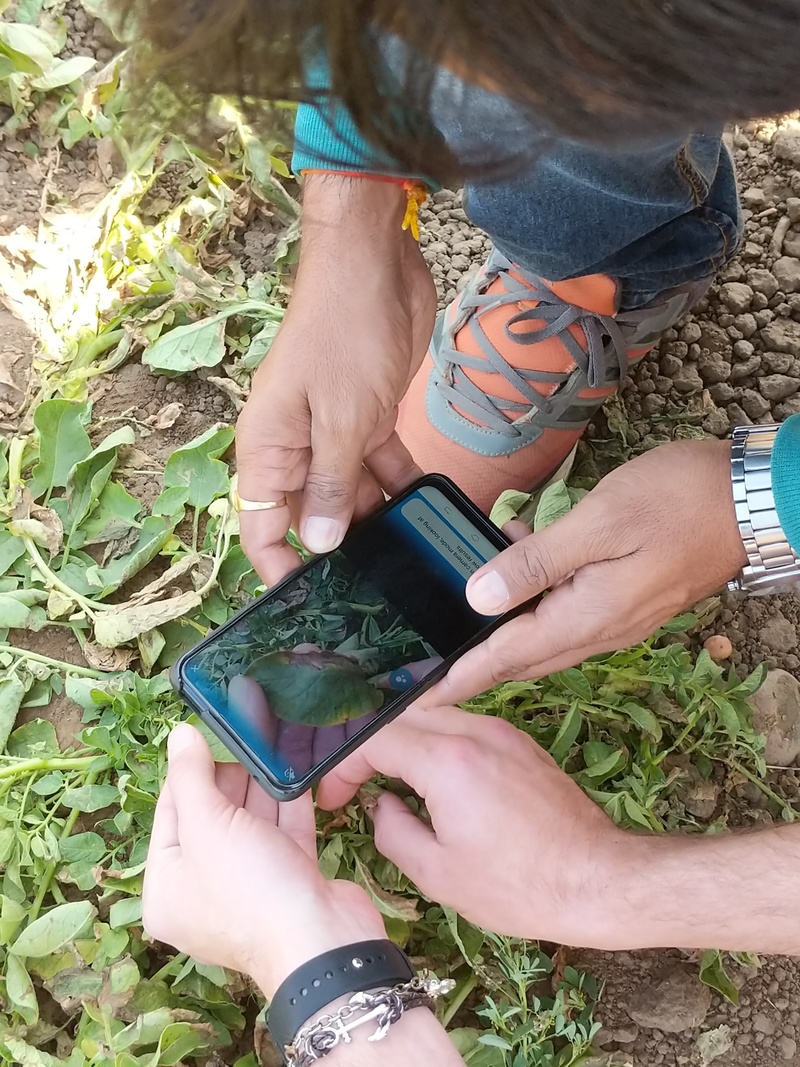 We spent the following day working through the user interface of the FarmerZone app with CPRI researchers, discussing what would best suit them and the farmers. Finally, we met with IORA Ecological Solutions in Delhi. They are another partner on the FarmerZone project. We discussed more on the feedback from farmers about the app, how to improve the interface and functionalities. We also had fun discussions on carbon markets, agroforestry and how to take advantage of people who are interested in offsetting their carbon emissions through seed donations. 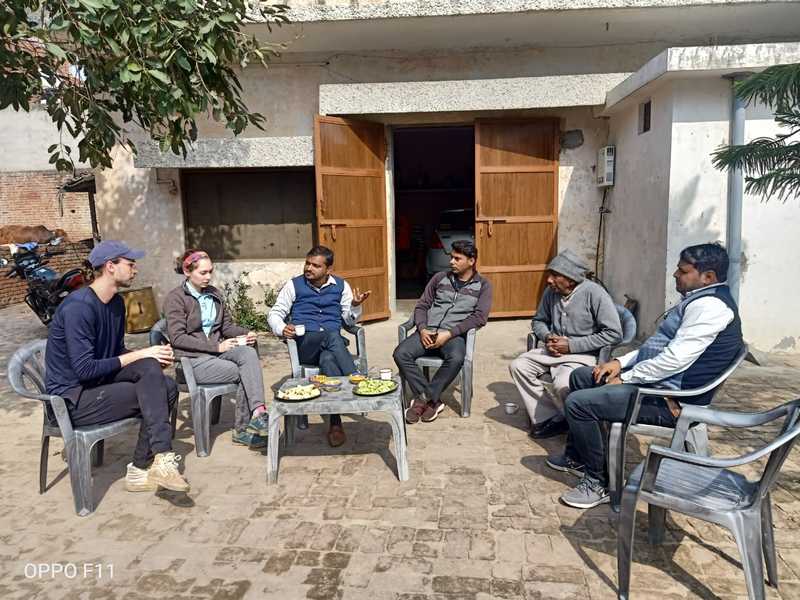 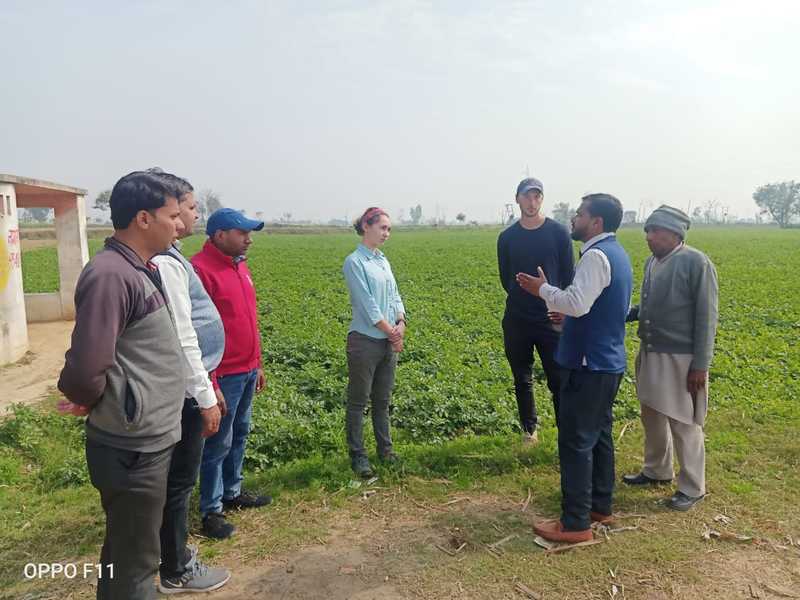