As you know, PlantVillage is all about knowledge sharing on edible plants. And as we post new plants, we provide some small details to go with on our blog. Today we have a plant that many people say is inedible - so why is it still here on PlantVillage? It is of course the Chili Pepper. The name Chili Pepper refers to the fruit of a number of different species of plants in the genus Capsicum, including Capsicum annuum (e.g. jalapeños and cayennes), C. frutescens (e.g. tabasco and piri piri), C. chinense (e.g. habaneros and Scotch bonnet), C. pubescens (e.g. rocoto and locoto) and C. baccatum (e.g. aji peppers). And there are also hybrids. Some of these are edible and some are downright dangerous and shouldn’t be ingested! The reason of course is that these plants produce Capsaicin that also goes by the catchy name 8-methyl-N-vanillyl-6-nonenamide. Capsaicin is the active component of chili peppers and it works as a irritant for mammals. The plant does not want us to eat it. It is even red just in case there was any confusion and as a general rule, red is a strong warning color in nature. So, how is it that we eat chili? Well it turns out the same molecule that irritates us also does a great job at killing microbes that could harm us as they spoil our food. One nice study showed how a nasty fungus called Fusarium is kept at bay by the compounds inside chili peppers. So, before humans had refrigerators we likely used chilies to keep microbes out of our food. In fact chilies were one of the first plants the native Americans started cultivating. (Here is a nice article describing the original findings of the microbe defense theory http://www.livescience.com/2774-defense-chili-peppers-pack-heat.html) Nowadays we still eat chilies of course even though we have refrigerators. And we do so because we like the spicy flavor. We are hooked (I had spicy Chili Con Carne for lunch and still feel the heat some hours later). We all know the crazy competitions for eating the hottest chilies. This must have always been popular because way back in 1912, a test of chili power was devised by Wilbur Scoville, called the Organoleptic Test, which is now known as the Scoville scale. In Scoville's method, a measured amount of alcohol extract of the capsaicin oil of the dried pepper is produced, after which a solution of sugar and water is added incrementally until the "heat" is just barely detectable by a panel of (usually five) tasters; the degree of dilution gives its measure on the Scoville scale. Thus a sweet pepper or a bell pepper, containing no capsaicin at all, has a Scoville rating of zero, meaning no heat detectable. The hottest chilies, such as habaneros and nagas, have a rating of 200,000 or more, indicating that their extract must be diluted over 200,000 times before the capsaicin presence is undetectable. The problem associated with the scale is its imprecision, because it relies on human subjectivity. We are not all the same when it comes to deciding among chilies: some like it hot! [[image-1]] 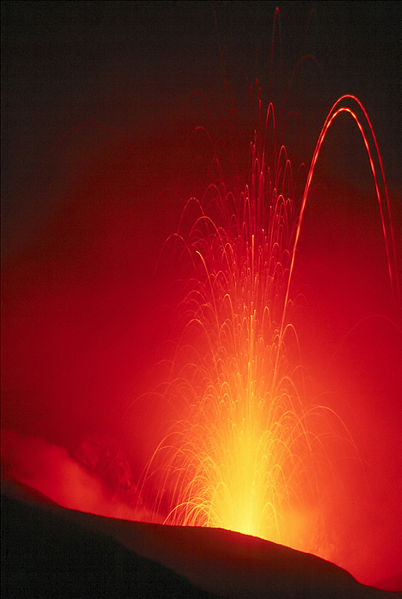 Volcano Eruption: or your mouth after a Naga chili
‹ › ×