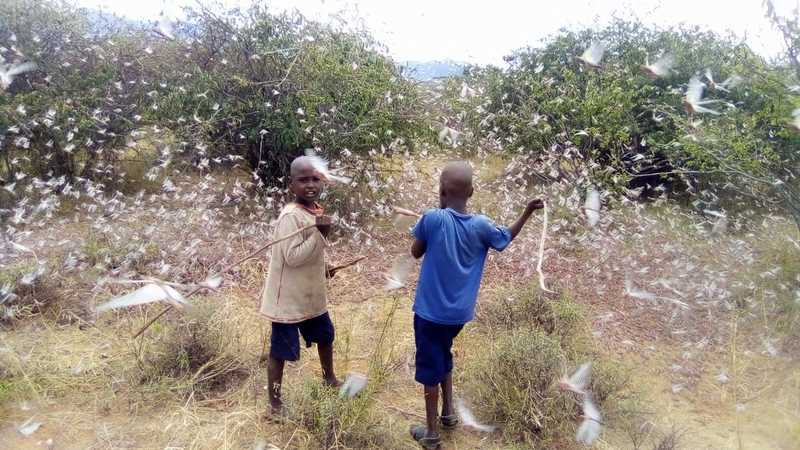 Desert locust are the most destructive migratory pest that ravages crops and threatens food security. A small swarm of locust consume the equivalent of food for 3500 people in just one day.

Currently, the horn of Africa is suffering its worst desert locust outbreak in decades. A second much larger wave of locusts is causing destruction on vast scale. The second generation breads to produce younger and more aggressive swarms that requires urgent control efforts and surveillance.

On 18th February, 2020, PlantVillage launched elocust3m smartphone application available on google play store. This is a data collecting tool that helps to trace locust movement. The app is also instrumental in coordination of control measures.

PlantVillage is working closely with the government of Kenya to provide locust intervention in high density areas such as the northern parts of kenya.PlantVillage has engaged young people to help in tracking and reporting locust movements. The locust crisis team is led by Dr. John Chelal: PlantVillage project director in Kenya and Melodine Jeptoo in charge with training and recruiting personnel for ground surveillance.

PlantVillage has trained teams from Isiolo County led by Albert Lemasulani, Samburu County led by Dominic Lteekwa,Marsabit County led by Fofen Lawrence and will be training team from Turkana County.

“We are a team of 11 youths, all residents of Samburu County. We usually go out to the field almost every day to collect data using elocust3M. We coordinate with spraying team where by when we find locusts we report and they are sprayed on.’’ says Dominic

The teams are facilitated with smartphones used in surveillance and sending the data to the disaster management base in Isiolo. Elocust3m app survey report captures the following data; GPS location, locust type, hoppers instars, estimated area infested, control operation undertaken and also allows one to share pictures and videos.

PlantVillage locust team is working closely with experts and local Community communities to respond rapidly in the fight against locust. 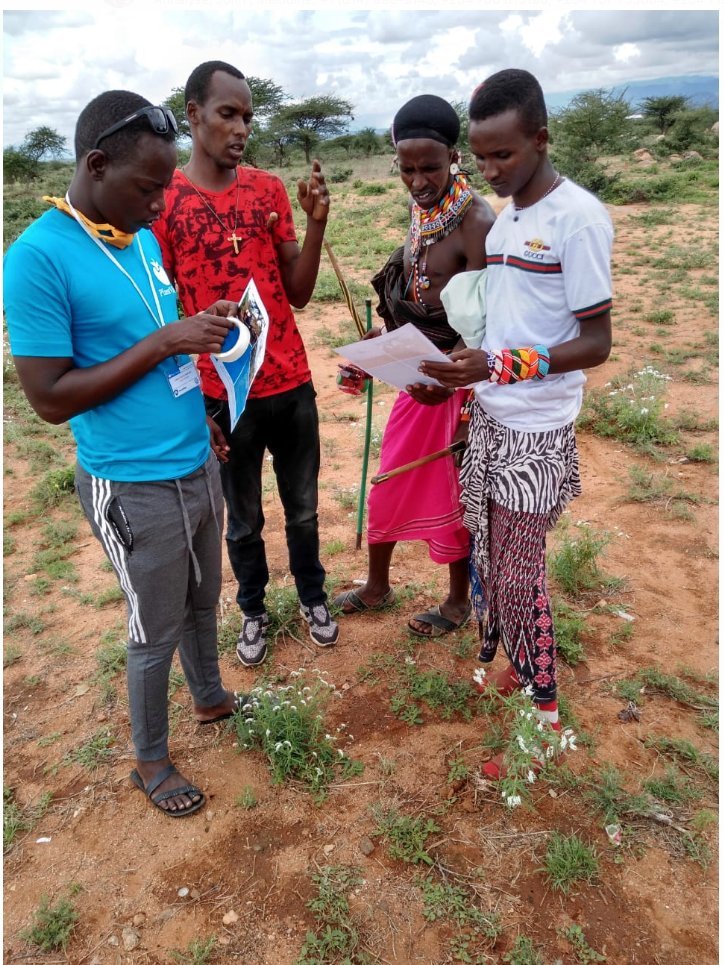 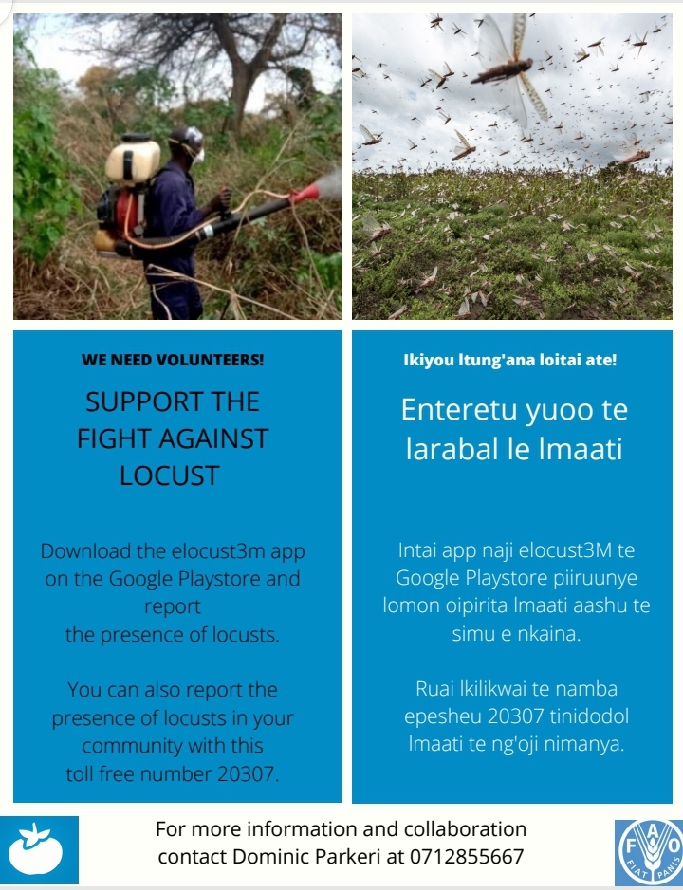 The community is engaging with PlantVillage SMS number by sending coordinates to 20307 whenever they spot desert locust. The team responds by checking out the locations.

“The community has known us and at times they call us to inform of locusts presence.’’

Areas prone to locust include Kalama, Rokori, Lare soro, Lenterit, Mewua, Ndonyo wasin among others. Most these areas are mountainous and rocky with rough terrain.

“Desert locust has consumed vegetation in most areas to an extent of forcing herds of cattle to move to other places in search of pastures.’’ adds Dominic 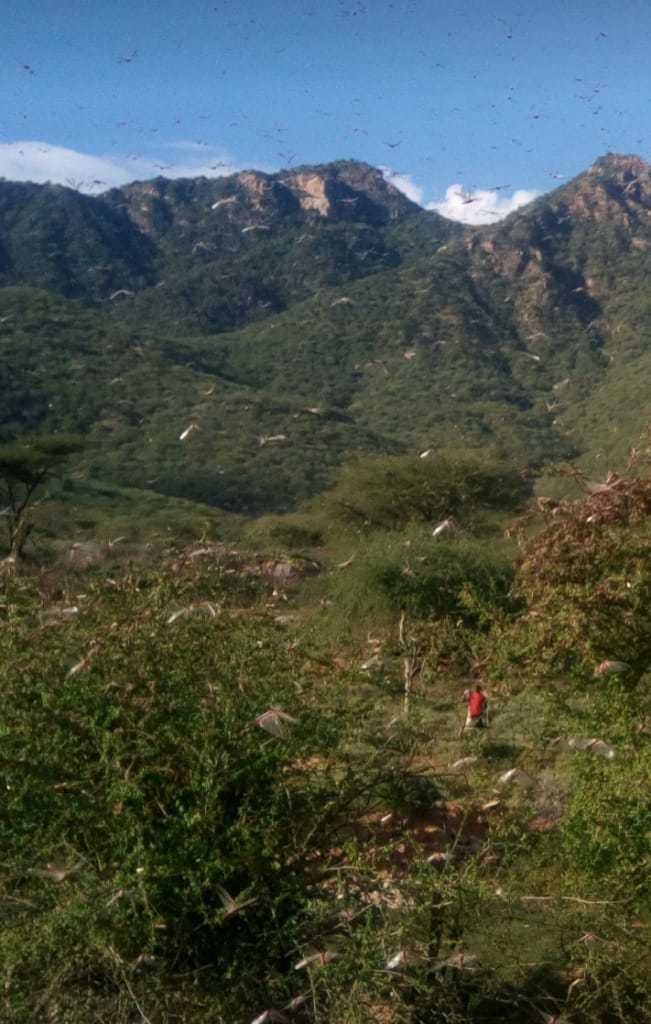 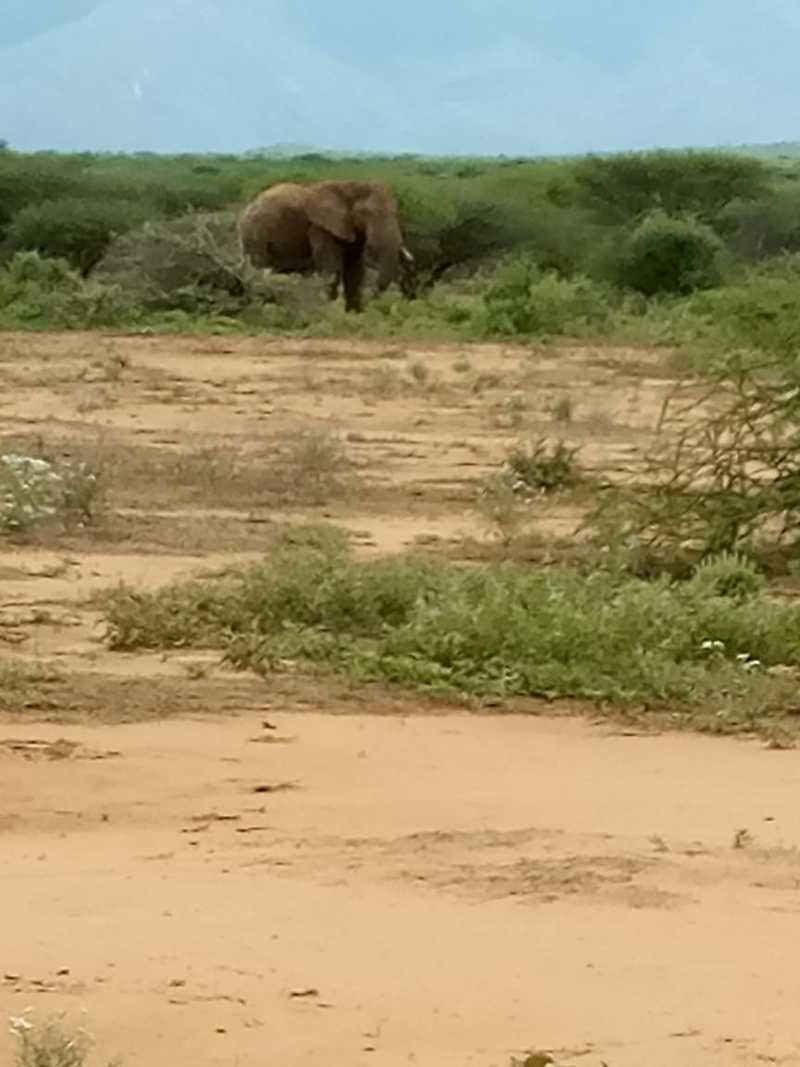 Regardless of the difficulties encountered while collecting data, PlantVillage locust team is determined to massively crowdsource locust observations across the counties.