Striga also known as witchweed is a parasitic weeds that affect cereal crops in many parts of Africa, reducing production to a complete loss of the crop. The most affected crops are maize, sorghum, rice and sugarcane. Striga weed puts its root onto the roots of maize or sorghum plant thus taking the food the maize or sorghum crop is trying to get from the soil. Each striga plant produce up to 20,000-50,000 seeds, which lie dormant in the soil until a cereal crop is planted again. Striga seeds can stay dormant in the soil for more than 15 years and germinate when right conditions allows.

When a farm is infested with striga the affected plants seldom grow more than one foot (30cm) tall. The weed grows by attaching itself onto the host. They penetrate that crops root and start to draw nutrients from host .This cause severe stunting of the host crop and yield loss. The peculiar nature of striga seeds require that farmers control them before the weed emerges above the soil.The reason for this is that the weed will have caused much of the damage to the maize by the time it emerges. 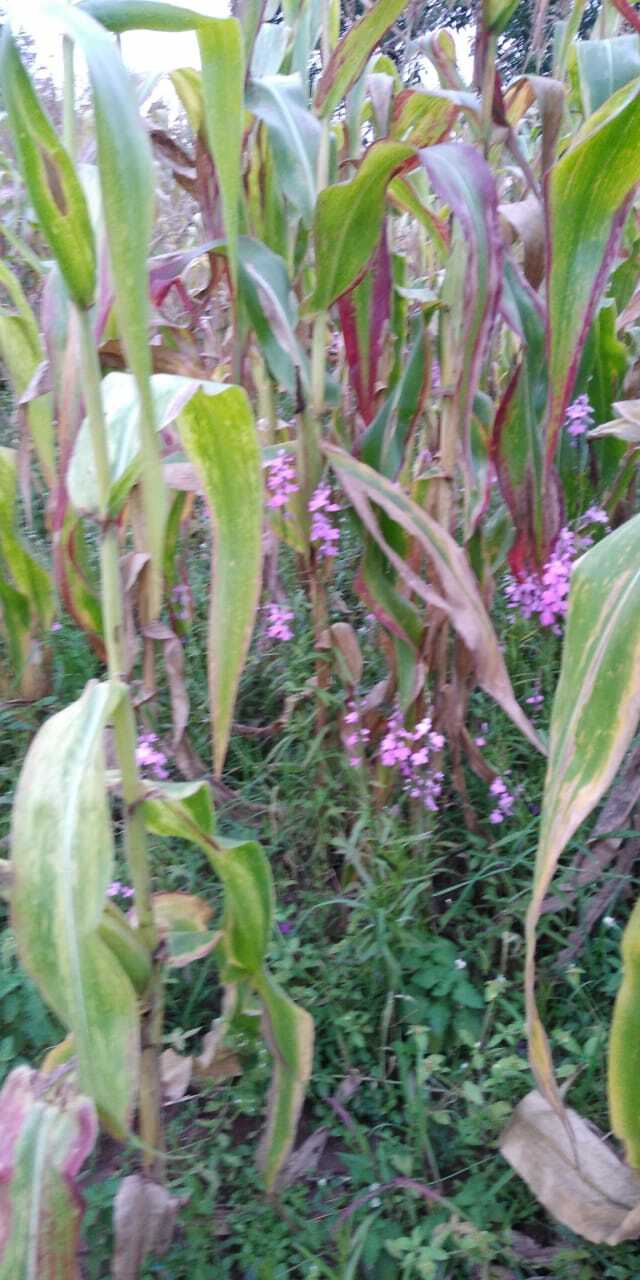 A manual removal of striga reduces re-infestation. However, it is considered uneconomical since most damage is done even before the weed emerges. Therefore any control strategy has to begin within the soil.

The Desmodium in this case releases chemicals into the soil that stop striga from growing on the cereals. Research has shown that chemicals produced by the roots of desmodium are responsible for suppressing the striga weed.