Posted on October 6, 2020 by PlantVillage

Moses Odwali is a Seed entrepreneur and a very dedicated farmer from Teso South, Busia County. He owns ½ an acre piece of land in Asing'e village where he has established his homestead, a zero grazing unit and farming land where he grows cassava and fodder crops. Due to limited land, He has leased an acre in the neighborhood to grow maize and cassava for cuttings and tubers.

Moses has set aside ¼ of his land as a Cassava demo plot. He has planted MM 98/2480 variety, which he received clean cuttings from PlantVillage. The demo is 95% clean, the 5% being Cassava green mite damage. 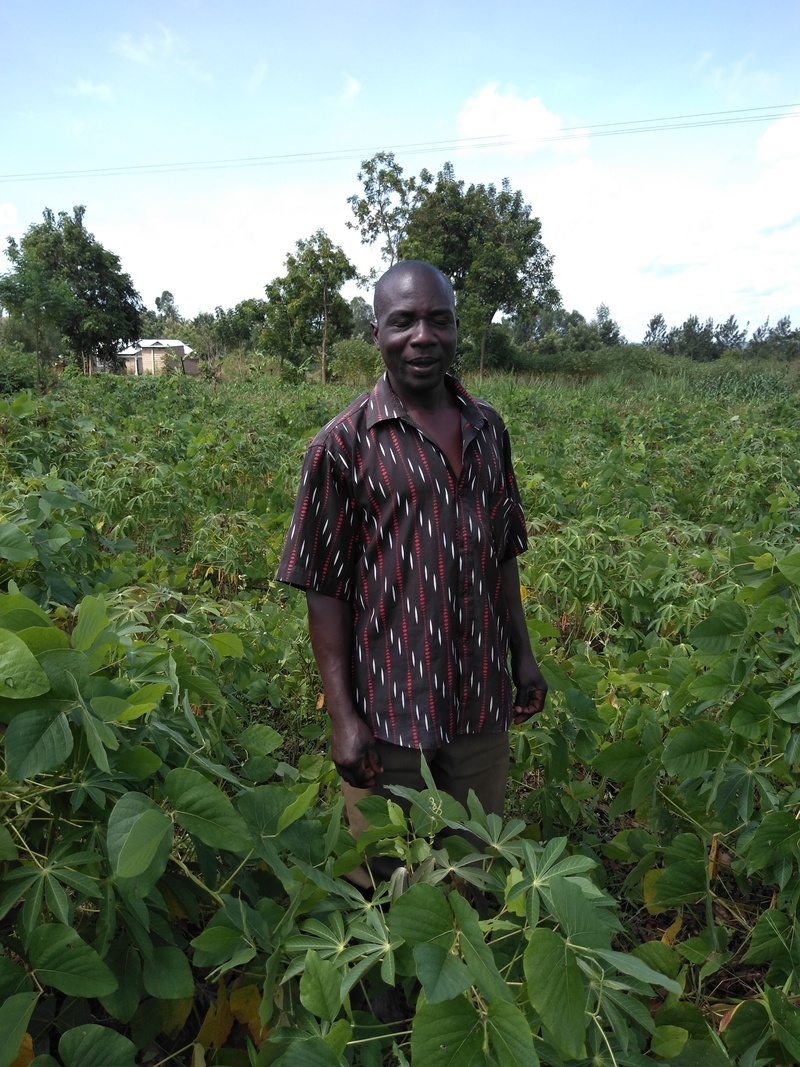 In this demo plot, Moses has intercropped Mucuna with Cassava. He planted Mucuna two weeks after cassava had germinated. The cassava plants are now 7 months old and he has done weeding only twice. He also cuts Mucuna to feed his dairy cows.

Mucuna (Mucuna pruriens) is an herbaceous legume that produces large biomass. It provides ground cover that effectively controls weeds which compete with crops for space, soil water and nutrients. Mucuna may be grown in rotation or as an intercrop with food crops where it can reduce weed infestation.

Once Mucuna dries up, it forms a dense layer of plant material that prevents germination of weed seed, leading to a clean seedbed.

Mucuna as a legume cover crop has the following benefits:

It is a fodder crop that increases milk production.

It also helps in nitrogen fixation.

It is a source of food; Mucuna beans are a good source of protein.

It improves soil fertility, the leaves fall off and decompose to add nutrients to the soil.

It is a source of income by selling fodder or the beans.