Leaf rot on spinach- anyone know what is causing this? 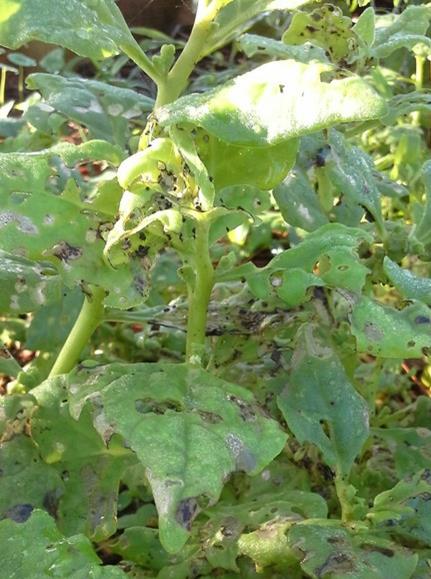 Lindsay McMenemy commented, Would it be possible for you to upload a few more images? Some close ups of all those leaf lesions would be really great. I'm thinking it might be anthracnose - a fungal disease. over 6 years ago.

Based on the diffuse nature of the lesion I think it is Stemphylium botryosum. See the table showing the differences between these four and the images in this pdf http://www.seedalliance.org/uploads/p...

Also, the nice picture by Mike Derie where a leaf is infected by both Cladosporium variabile
and Stemphylium botryosum

Reduce spraying of the leaves as this is causing the spread and remove, bag and destroy infected leaves.

Is this a big patch of spinach? 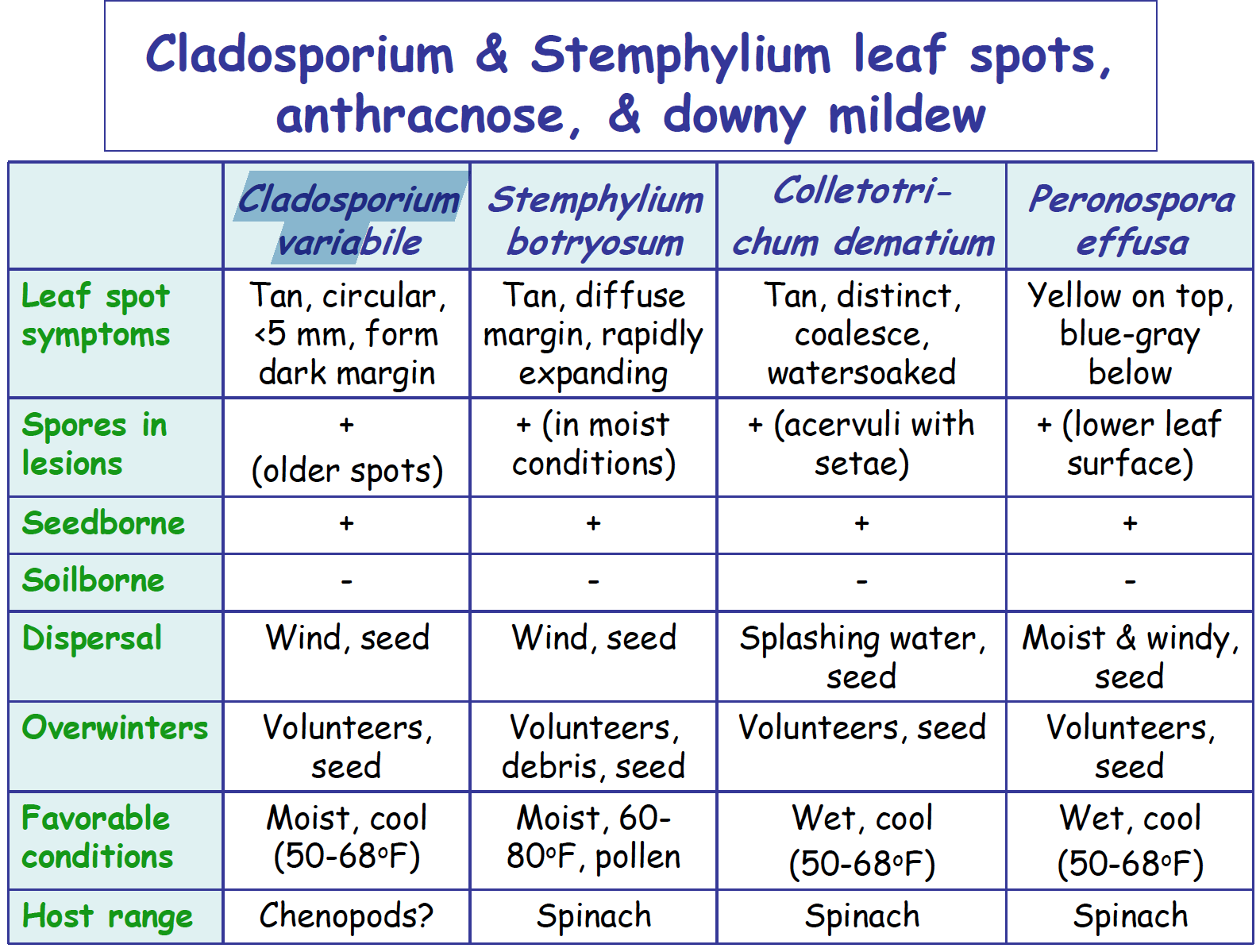 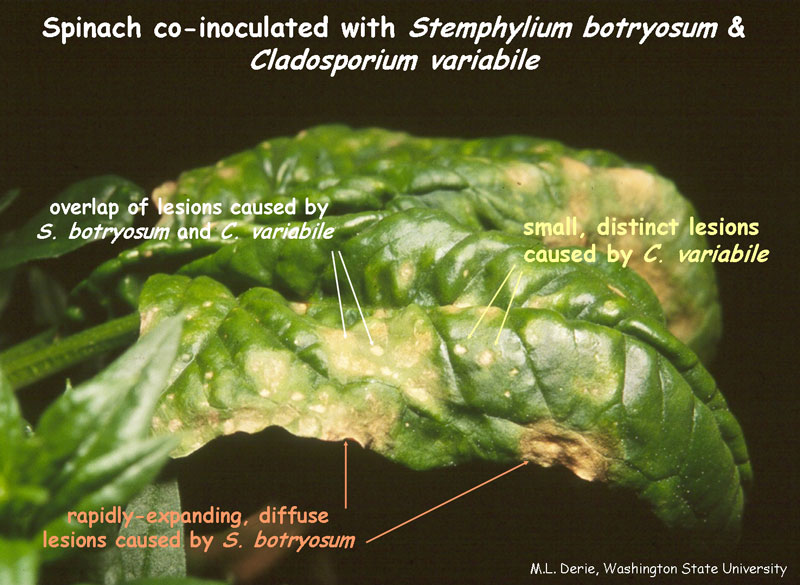 I notice you say it is New Zealand spinach (Tetragonia tetragonioides), which is actually very different from regular spinach (Spinacia oleracea). Common names are sometimes misleading. From looking at your picture it definitely looks like an advanced case of downy mildew. Some key clues that it is a downy mildew or a powdery mildew are the white powder-like accumulations on the leaf surface. This can then turn into lesion-like patches (I have also seen this on peas with powdery mildew).

Unfortunately it is hard to get rid of downy mildew once it has taken hold. As David mentioned, you can avoid to spray the upper parts of the plants with water, which will reduce spread. Instead water at the base of the plant. You can also try hand[spritzing the plants with a bicarbonate solution (baking soda). Put four tablespoons of baking soda in one gallon of water, along with a few drops of dish soap to help it adhere to the plants. If you apply this at regular intervals it can reduce the growth of the downy mildew (but be sure to wash your leaves well before eating). If the plants are in a very moist or shady spot, consider planting them in a sunnier, dryer spot next time to avoid the downy mildew returning.

Incidentally, it also looks like you have a chewing herbivore and a leaf miner attacking this plant. You might consider planting it at a different time next year to avoid some of the pests that are hitting it right now.

Alyssa Wood commented, Thank you Kerry and David for your input. Unfortuantley, as I am in South Florida and its the rainy season I will have a hard time keeping this crop from getting wet. It was a beautiful lawn of NZ Spinach for a few months before this mildew happened. We utilize drip irrigation but as soon as the rain started this happened. I have been cutting it back and spraying with neem but I will try the baking soda as a last resort before pulling it out if necessary. Again, thank you all for your help! over 6 years ago.
David Hughes commented, Thanks Kerry, I will make a note of that in my answer over 6 years ago.