Do you know what is the cause of putrefaction in eggplant at the greenhouse? Symptoms observed everywhere in greenhause,some of them have leaf yellowing too, thank you very much 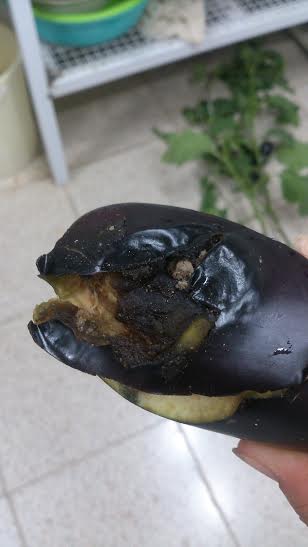 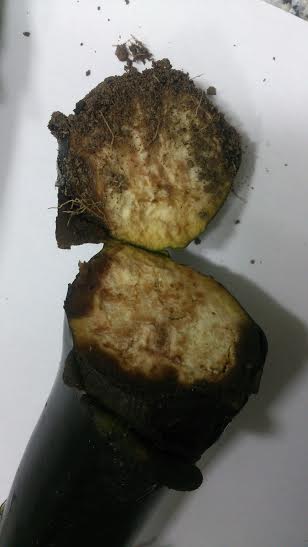 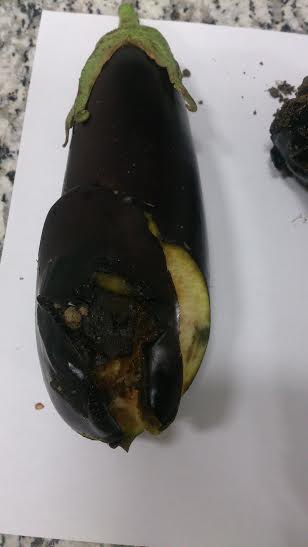 Symptoms: Usually begins as a small water-soaked area at the blossom end of the fruit. This may appear while the fruit is green or during ripening. As the lesion develops, it enlarges, becomes sunken and turns black and leathery. In severe cases, it may completely cover the lower half of the fruit, becoming flat or concave. Secondary pathogens commonly invade the lesion, often resulting in complete destruction of the infected fruit.

Causes: Blossom-end rot is not caused by a parasitic organism but is a physiologic disorder associated with a low concentration of calcium in the fruit. Calcium is required in relatively large concentrations for normal cell growth. When a rapidly growing fruit is deprived of necessary calcium, the tissues break down, leaving the characteristic dry, sunken lesion at the blossom end. Blossom-end rot is induced when demand for calcium exceeds supply. This may result from low calcium levels or high amounts of competitive cations in the soil, drought stress, or excessive soil moisture fluctuations which reduce uptake and movement of calcium into the plant, or rapid, vegetative growth due to excessive nitrogen fertilization.

1. Maintain the soil pH around 6.5. Liming will supply calcium and will increase the ratio of calcium ions to other competitive ions in the soil.
2. Use nitrate nitrogen as the fertilizer nitrogen source. Ammoniacal nitrogen may increase blossom-end rot as excess ammonium ions reduce calcium uptake. Avoid over-fertilization as side dressings during early fruiting, especially with ammoniacal forms of nitrogen.
3. Avoid drought stress and wide fluctuations in soil moisture by using mulches and/or irrigation. Plants generally need about one inch of moisture per week from rain or irrigation for proper growth and development.
4. Foliar applications of calcium, which are often advocated, are of little value because of poor absorption and movement to fruit where it is needed.