I have a 4-year-old dwarf Cavendish that had to spend last winter in a less-than-ideal location in my walk-out basement, so it started this year out puny. It is shown in the third picture. It was growing well and grew several new leaves within the last month. I have moved it to a larger container and to a sunnier location outside, but it has not done well for the last week, and you can't really tell that it is growing.

I also bought a new small banana plant, but I am not sure exactly how old it is. I have had it about a month. It has recently developed white, wilting leaves, and I don't know why.

I live in central North Carolina, and it has been in the low 80s for the past week. About two weeks ago, it got down near freezing, but I covered both plants in blankets, and it warmed up later that day. Any help that anyone can provide would be greatly appreciated. 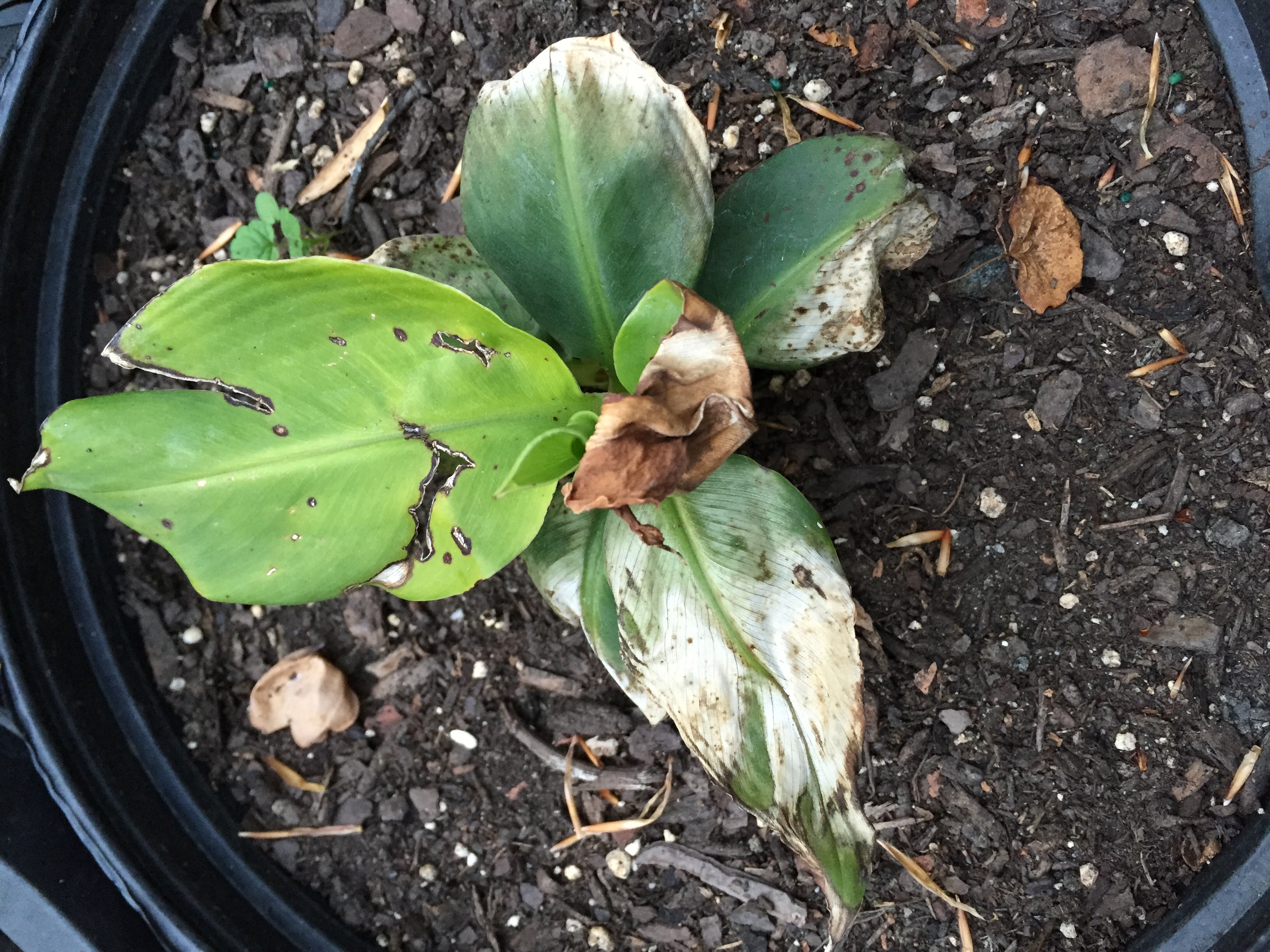 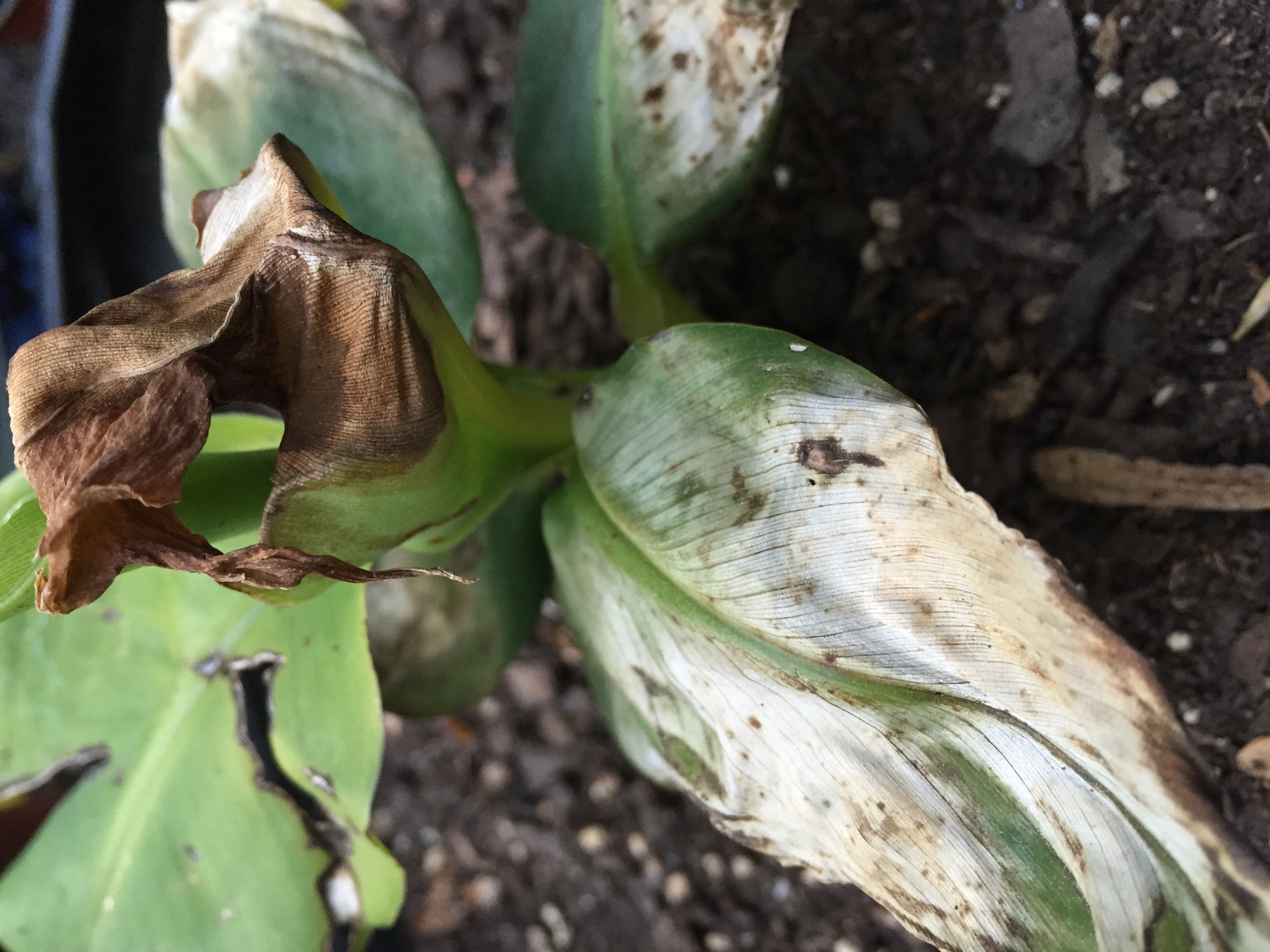 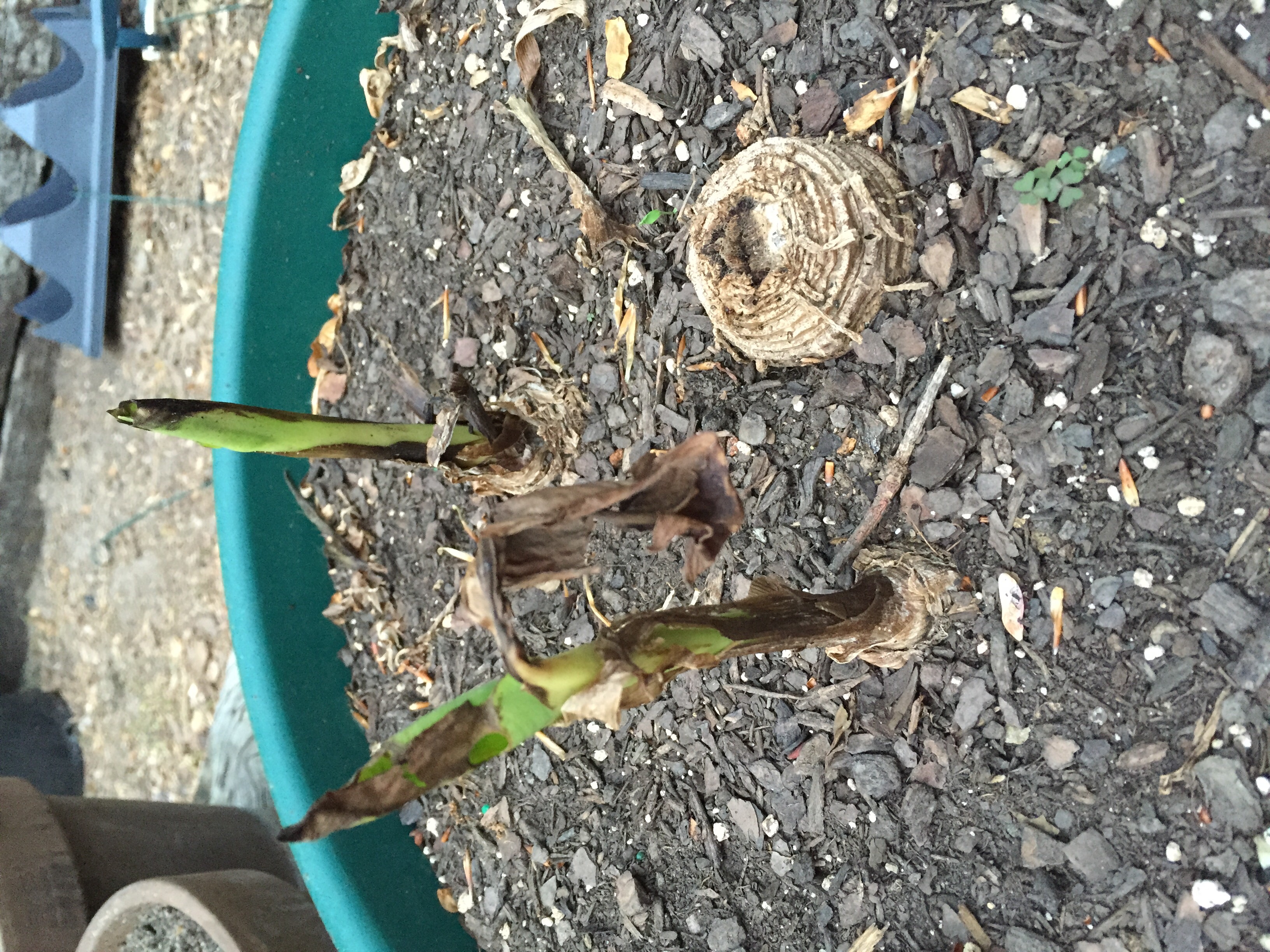 
Answers
0
points
I think it is physiological disorder caused by cold or heat stress. During stress, leaves loses its turgor and dries out eventually.
Usually stresses plants will recover after getting suitable growing conditions.