Pepper, bell    None Given

My feher ozon peppers (paprika) have brown spots on the fruits, I removed them and only 2 had it.? I have about 9 plants of these peppers, will they all get it? 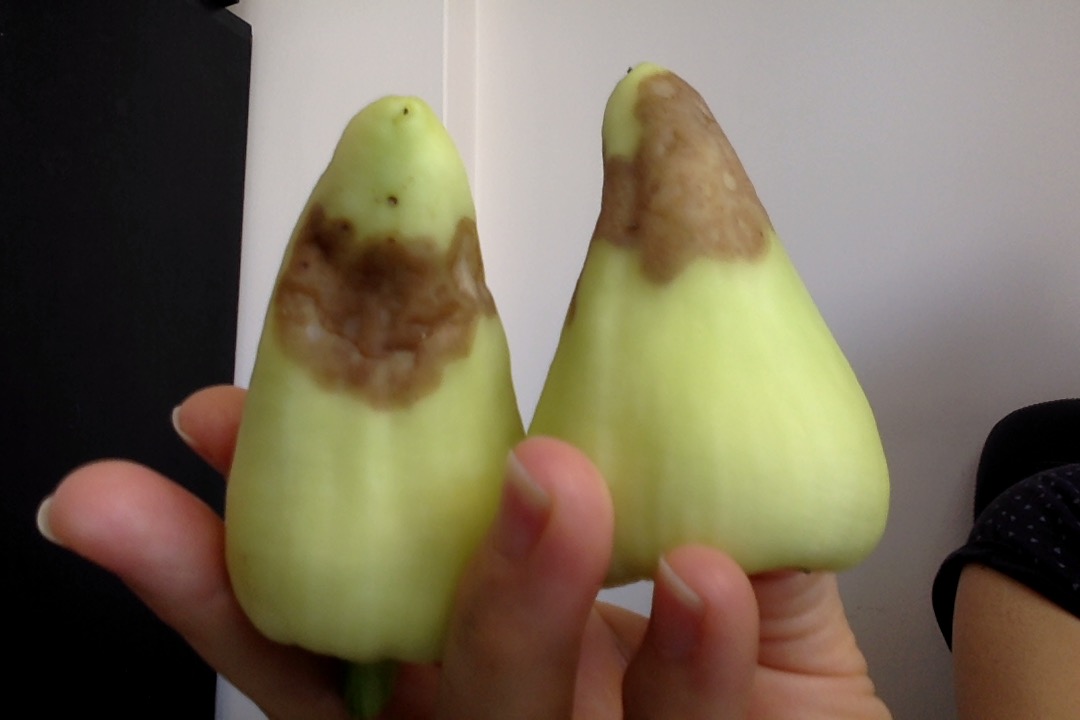 Zackmatere commented, What kind of pepper is that over 3 years ago.


Answers
0
points
Although disease is possible, your peppers very likely have blossom end rot (BER), which is a calcium deficiency. It can be due to a lack of calcium in the soil, although a more common cause is inconsistent watering which leads to problems in calcium uptake, even when plenty of calcium is available in the soil. This usually happens when the weather alternates between dry and wet and can be alleviated through regular watering during dry periods. It's also more common earlier in the season on the first round of peppers.

While watering and/or calcium treatment can halt progression and future occurrences of BER, the dead areas will remain; you can still eat the affected peppers and cut out the dead portion. BER is also common on tomatoes and squash, and most large-fruited varieties of tomatoes and peppers
tend to be more susceptible. If it's consistently a problem across multiple years, you may want to consider buying varieties that are listed as having BER resistance.