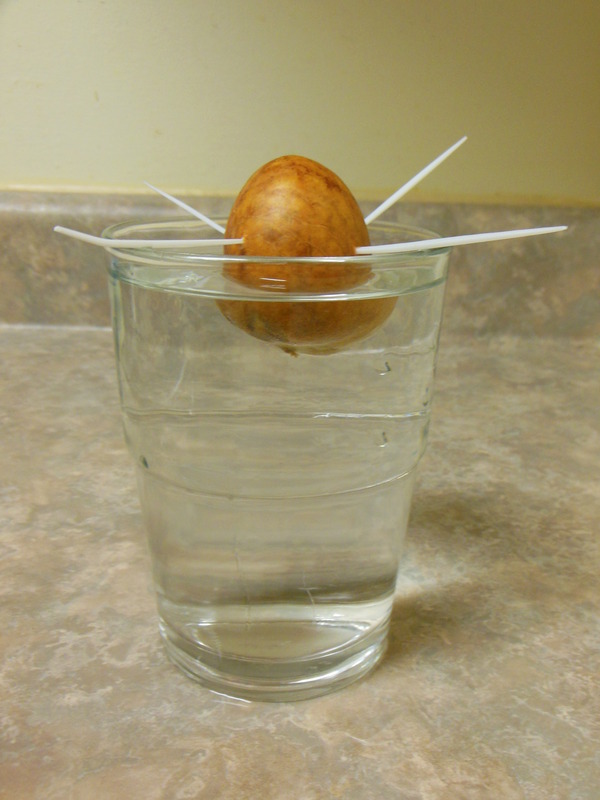 
I have 6 established Latham raspberry plants that I unfortunately need to move due to another project I am undertaking in my garden. From what I can see early spring is the ideal time to do this, but how? Do I have to take the entire root ball or will I get away with a smaller amount. I dread...


I am interested in trying out some bush cucumber varieties this year, would anybody be able to comment on the pros and cons compared with a regular vining variety, particularly for burpless cucumbers. They look like a good way to save space but I do not want to compromise on yield. Many thanks in...

How can I prevent vine borers on zucchini?


They are a persistent problem for me in my garden. Would row covers work? I love zucchini and I don't want to stop growing it.


Could anybody tell me where I went wrong with my peppers? I had sown seeds in flats and I think I was over exuberant with them. I tried to thin them and everything was ok but when I went back to water the remaining plants they had all wilted. What did I do wrong, should I not have thinned them?

How do I know when its safe to work the soil in my garden?


Like everybody else, I'm desperate to get back out in the garden this Spring but I know it can be damaging to start working the soil too early. It's clearly not time yet - there's snow on the ground outside!! How can I tell when the soil is warm enough?

Is it possible to grow taro in zone 8?


Out of curiosity, I have tried them and like them and noticed the page and it got me thinking... I'd quite like to try something different, would it be possible do you think?


I give up. This weather is so awful. Does anybody have a good resource for the predicted last frost date in central Pennsylvania? It seems no matter how much I plan, the weather has other ideas... So frustrating!

When to fertilise crab apple?


I was wondering if it is necessary to fertilise the mature crab apple trees I have in my garden and if so when? Is it best to do this early in the Spring or does it matter? We know very little about maintaining trees but very much like the pair of apple trees in our new garden and would like to...

Can I add wood shavings to soil to loosen it?


I was considering adding some wood shavings to the soil in my back yard to try and loosen it a little, it gets very compacted and I would like to do something to make it a bit more manageable. Are wood shavings a good addition, what will they do to the pH?

What causes grapes to shrivel up before harvest?


I have a grapevine in my garden that looks healthy enough and each year it seems to be doing fine, only for the grapes to shrivel up before they are ready to harvest. I have some pics somewhere from last ear but m having trouble finding them. This is an old vine, several years at least and...

Can I reuse seeds from last year?


While out in my shed looking for some seedling trays I discovered a few packets of seeds from last year that I had forgotten about. Can I sow them now or do the have a certain shelf life? There's some nice peas there I wouldn't mind planting more of.

How to treat red spider mites on indoor pepper?


It seems I tempted fate by saying in earlier posts how well my pepper plant was doing indoors over winter as over the past week or so it started developing symptoms of spider mites (the leaves at the top of the plant were all speckled with white and I could see tiny webs forming between leaves).... 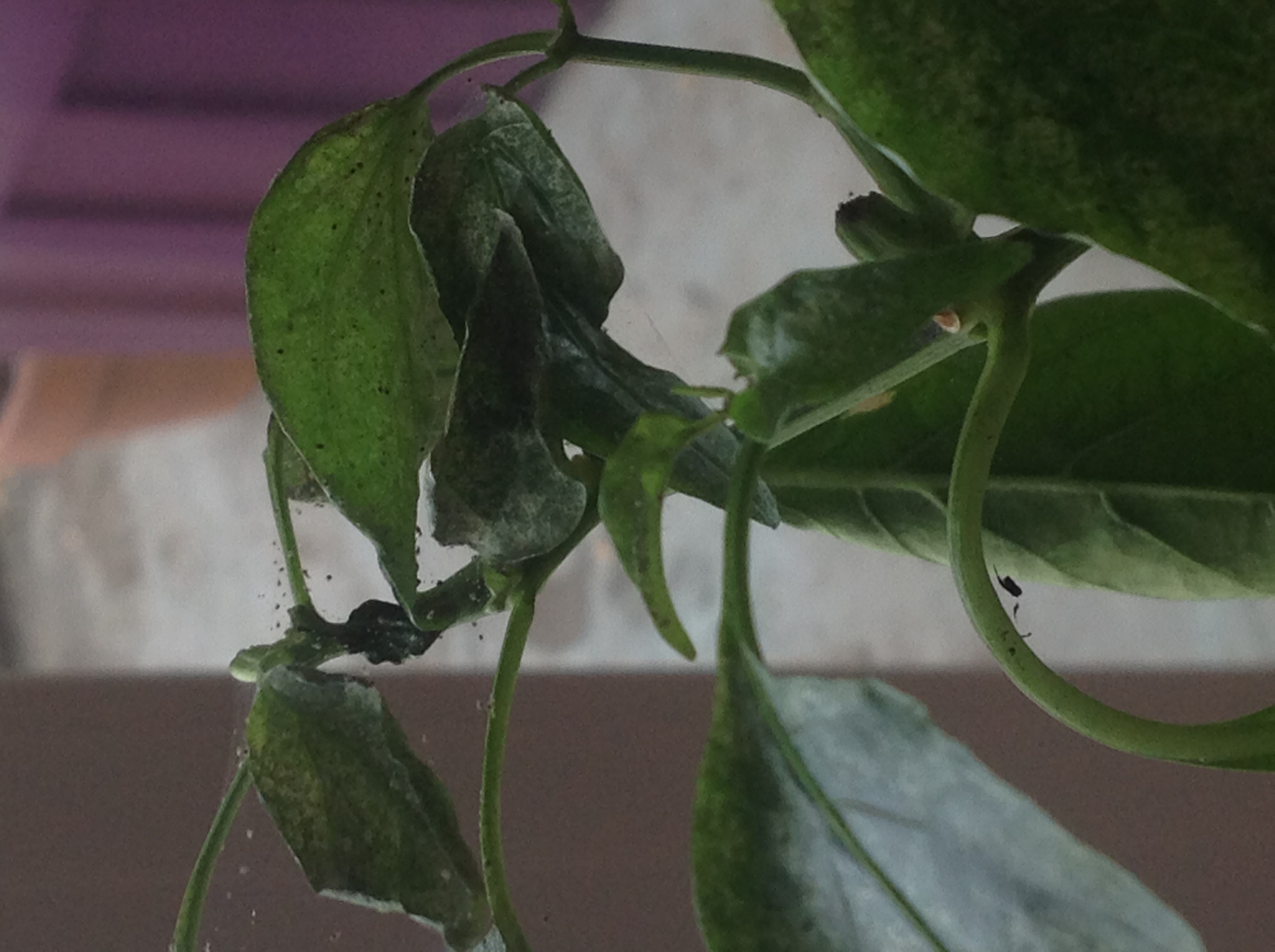 
I'd like to grow potatoes this year. During the Winter, I get my potatoes from a farm share and I really like them, so I'd like to grow them in my garden this year. My problem is that they are already sprouting quite heavily. Is there a good way to stop the sprouting for some time before it's...

How to reduce disease build up


Hi I saw the reply about rotation and I myself have had problem with late blight and powdery mildew on different plants (tomatoes, eggplants and basil, but also others). I thought the message of rotation other shared was great. I get the impression from what I read that disease build up in the...

Growing tomatoes in the same place after disease


I grew tomatoes least year and they got heavily infected with disease. I was told it was late blight which I see has spores. It it ok to plant in the same place twice? I think I am asking for trouble...

questions organized by topics other than crops?


As a plant pathologist, I like looking for questions to answer about diseases/disorders and I can do that for a variety of crops. Is there any way to cross reference posts based on different keywords (ex: insects, disease, soil nutrition, hort, etc)?

When should I fertilize and mulch transplanted seedlings?


This is something I never seem to get right. Should I fertilize directly after transplanting seedlings to the garden or hold off to let them establish? Also when is the correct time to apply straw mulch to the plants? Thank-you!


I have been thinking about installing a drip irrigation system in my garden for a while now. Is there an easy, cheap method to make one myself or should I just invest in a kit? What particular system would you recommend if I was to purchase one?

How to grow cucumber vertically?


I am sure I read somewhere (possibly even on here) that it is possible to grow cucumbers vertically on a trellis. Could somebody please advise of a simple method of doing this please? What is it best to construct the support out of? Would a simple fence be adequate? I would quite like to try this...

Dill - can't get it to grow properly


(I'm posting this under General since there's no entry for Dill yet) I've been trying to grow Dill for some time and just can't do. I'm attaching to images where you can see how it's doing - not looking good Last year, we tried to grow it outdoors directly, that didn't work either (same... 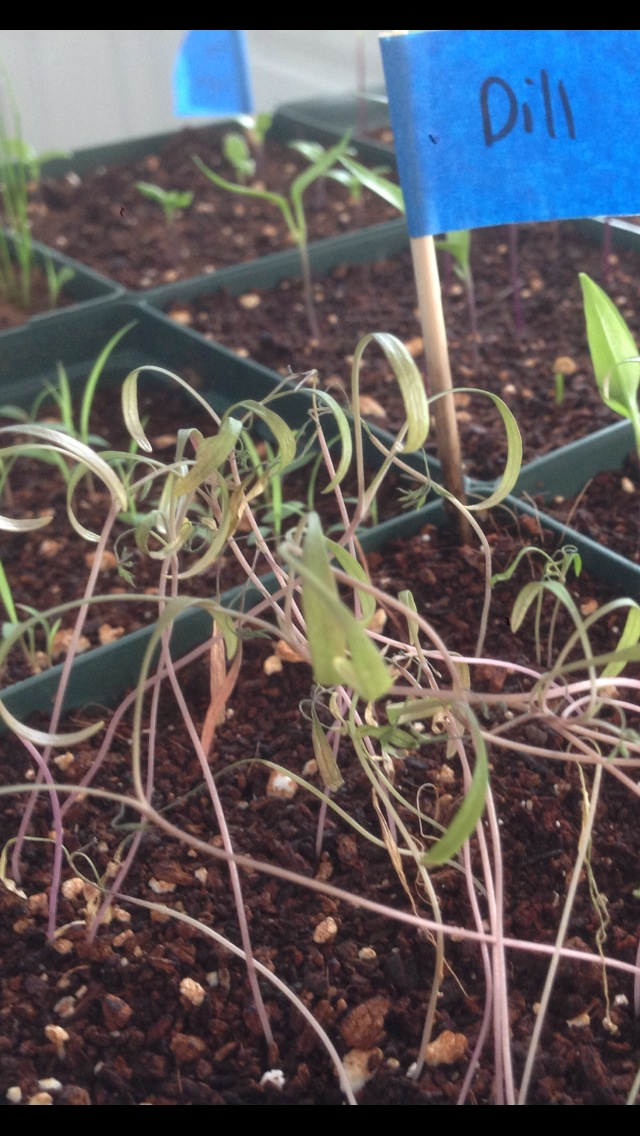 Is it usual for potting soil to smell rotten?


I have been out buying some gardening supplies today to get started growing some seeds and I bought a bag of Scott's potting soil. When I opened it up it smelled terrible, I don't even know how to describe it. It smelled rotten. There was definitely something like manure but it wasn't the...

What to plant between rows of tomato?


I was thinking of squeezing some extra lettuce varieties in to my beds between the rows of tomato, that should be ok, right? I assume the lettuce will be ready to harvest before the toms get too large. Has anyone encountered any problems doing this?

How to amend sandy soil to make it suitable for vegetable growing?


I would really like to grow vegetables in my garden but the soil is very sandy. How can I make it suitable for vegetable growing? Is there anything that would grow in the soil as it is?


Has anybody ever tried planting corn and beans? I'm thinking the three sisters minus one, allowing pole beans to freely climb the corn. I've heard mixed reviews so I'd like to get some advice on this before trying it if possible. If you have tried it, what spacing did you use?

What are the easiest vegetables to start off with for a new gardener?


I am totally new to vegetable gardening, never grown anything myself before but I have decided that this is the year. I would like to know what the best (easiest!) vegetables are for a beginner like me. I have a good amount of space but I don’t want to run before I can walk and end up unable to...

Effectiveness of ladybugs at controlling pests in organic vegetable garden


I am curious to find out what peoples experiences are with buying ladybirds and releasing them in the vegetable garden. Do the ladybugs establish and hang around all summer or is it more short term? I'm interesting in trying them out as I had a problem with aphids and whiteflies on my plants...


Can you grow sugar cane in central florida (zone 9) and if so where can I get some?


The cherry in our yard has what I'm now sure is black knot. I see that it might be possible to prune back the diseased branches and maybe save the tree. Would anyone be able to give advice on the best way to do this?