Long since before this, nature had its own way of cycling and balancing carbon. Practically, when a tree dies and decomposes, it releases carbon dioxide, methane and other gases. Movement of carbon and these gases within forests and soils occurs on a cycle so natural and efficient.

There are a number of ways invented to help reduce the amount of carbon currently existing and being released into our atmosphere and which has immensely contributed to climate change. Pumping CO2 underground into coal mines is one way, but it hasn't been proved to be efficient yet, while it is so expensive and rather theoretical. 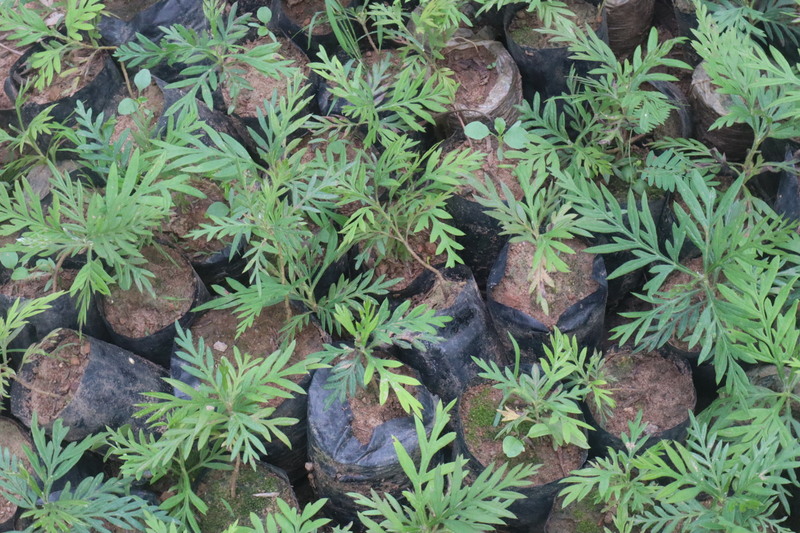 PlantVillage has rolled out a donation of trees to small scale farmers in a bid to mitigate climate change and boost food production.

Forests are the best alternative in capturing carbon for they play a role in the carbon cycle from net emitters to net sinkers of the natural element. Trees sequester carbon by capturing CO2 from the atmosphere and transforming it, through photosynthesis, into biomass. The sequested carbon is accumulated in form of deadwood, litter and forest soils.

Through photosynthesis, trees pull carbon dioxide out of the air, binds it up in sugar and releases oxygen. The sugar is used in building wood, branches and roots. Wood, which stands for years as the tree itself, is an excellent carbon sink because it is entirely made of the element and breaks down only when the tree dies.

Forests also contribute in mitigating negative carbon emissons. They are carbon reservoirs and sequester additional carbon too. Trees also help in enhancing the greenhouse effect in cases where carbon emissions are positive. Therefore, forest management activities can influence the amount of carbon captured and released into the atmosphere. 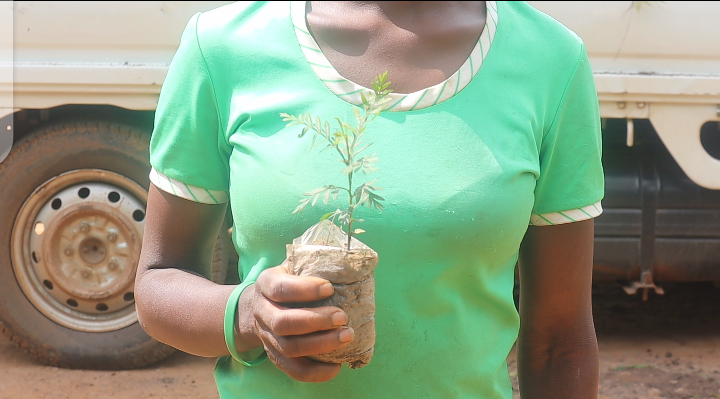 Purity Simiyu from Nangwe Village in Sikata, Bungoma County in Kenya, is one of the lead farmers who received tree seedlings to distribute to her group.

PlantVillage is on Phase II of planting more than 1 million grevillea trees in Kenya in a short period of time. This is in a move to help in capturing excess carbon in the atmosphere that is contributing to climate change and drastically affecting food production in the country.

The campaign has been rolled out to help small scale farmers in the practice of agroforestry and climate-smart farming.