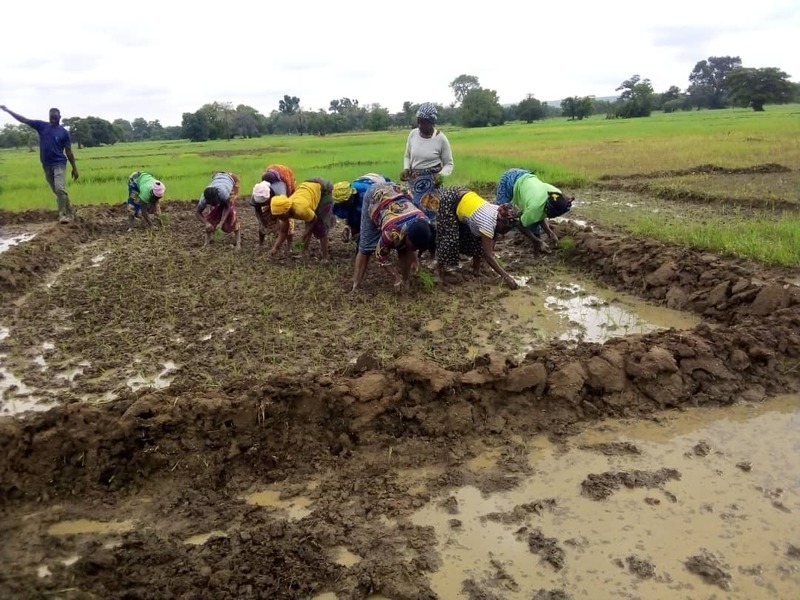 PlantVillage Seeks Funding to Scale Up the Cassava Project by an Additional 5,000 Demo Plots

Posted on January 6, 2023 by PlantVillage

For most people living in arid and semi-arid regions, cassava is a staple because it is drought-tolerant and also grows in a wide variety of soils without fertilizer, even poor soils, unlike crops such as maize. It is for this reason that PlantVillage is seeking funding to scale up its thriving cassava project meant for farmers in Kenya as a climate change mitigation strategy for building...Read more

Posted on December 9, 2022 by PlantVillage

PlantVillage, as part of its efforts to assist communities in the Arid and Semi-Arid Lands (ASALs), has signed a tripartite agreement to set up an irrigation project to help farmers in 30 households in Kilifi County, Kenya, combat drought.

Beneficiaries in the 30-household project are members of the Nuru Community Irrigation Group Community Based Organization (CBO) and landowners in Garishi,...Read more

Posted on December 2, 2022 by PlantVillage

PlantVillage USAID Current and Emerging Threats to Crops Innovation Lab (CETC IL) interns were feted this week for being part of the team that saw the successful rollout of the Integrated Pest Management (IPM) packages to farmers in Kenya.

Tuesday’s meeting, attended by 23 interns and county and regional leads at the County Green Hotel in Bungoma County, was an opportunity to reflect on the progress...Read more

Migori Farmer Embraces Cassava Farming as an Alternative to Maize

Farmer Sinda Nyabasamba from Migori County in Kenya is worried about her future and of her family. Her maize crop, which she planted on one acre, performed poorly in the last season.

Farming maize, her family’s staple food for a long time, is proving a futile adventure because the region experiences relatively high temperature, and has one rain season.

The soil is loamy and black cotton clay type, whose acidity is the major...Read more

PlantVillage Innovation Steals the Show at the EAGC Expo in Eldoret, Kenya

PlantVillage bagged a certificate for being one of the key stakeholders in showcasing various climate-smart technologies, innovations, and practices for sustainable livelihoods at the recent Eastern Africa Grain Council (EAGC) North Rift Agribusiness Expo held at the Eldoret National Polytechnic in Uasin Gishu County on November 19, 2022.

Globally, banana is the fourth most important crop on the food market after rice, wheat, and maize. In many developing and developed countries, banana is an important crop, and here in Uganda, it is served on every table as a staple meal.

The crop is used in a variety of dishes, including green boiled or fried bananas, desserts like sukalindizi and bogoya, and roasted bananas like gonja. It can also be added...Read more

PlantVillage is looking beyond the horizon in its effort towards helping the African farmer adapt to climate change and this time round focusing on the young people to help solve problems that come with the crisis and seize opportunities to make a living.

Young people in schools in Kenya and Tanzania have taken up with pride the grand initiative to ensure their countries are well-equipped with...Read more

Irrigation, Agroforestry and Resilience Farming — Kenyan Farmer's Zealous Approach to Drought and How it Has Paid Off

Posted on November 7, 2022 by PlantVillage

Rose Echakara is a small-scale farmer in Angurai in Teso North found in Busia County in Kenya who has always relied on agriculture to single-handedly raise her children after her husband passed away long ago.

As the country grapples with a prolonged drought that has continued for four successive seasons and exposed 4.1 million people to adverse hunger and famine, farmer Rose has...Read more

Posted on November 7, 2022 by PlantVillage

Farmers in various areas in Kilifi including Kizingitini, Arabuko Sokoke, Sosoni Mzee wa Zaidi and others were recently trained on biochar production and drought management. The training aimed at ensuring farmers enhance soil fertility and productivity as they prepare for the next farming season. 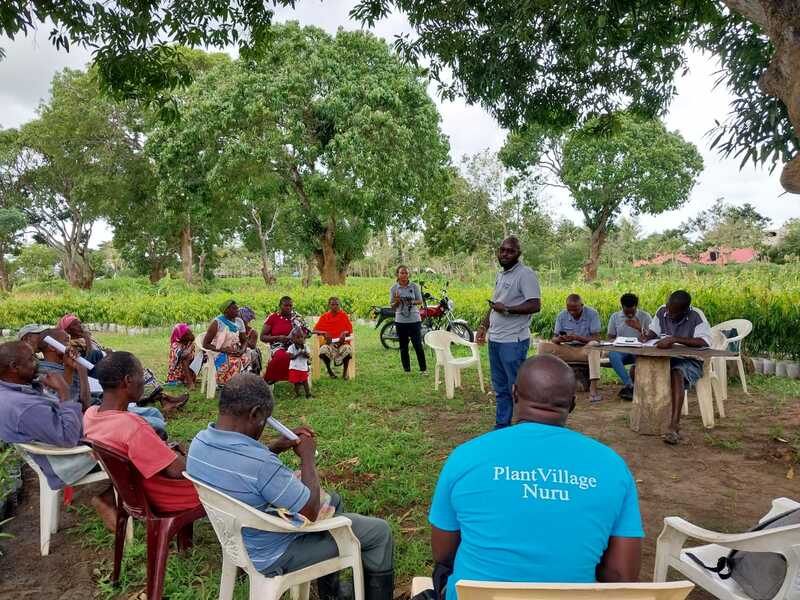 Agriculture and Climate Change: How to Right the Wrong

Posted on November 4, 2022 by PlantVillage

The ravaging effects of climate change are increasing affecting not only humans but all living species on the planet: crops, animals, and marine life.

Different localities are facing the effects of these climatic changes differently due to factors such as the present vegetation cover, altitude, farming practices, and population density among others. The effects range from flooding, and storms, to rising temperatures, prolonged...Read more

As a way to curb the spread of fall armyworms that has extensively caused sleepless nights to farmers in Kenya, United States Agency for International Development (USAID) in collaboration with a non-governmental organization dubbed Plant village Kenya has embarked on training farmers from counties in western Kenya on modern methods of eradicating its spread.

THE MAGIC OF BIOCHAR AND HOMEMADE FERTILIZER

Farmer Joyce Agutu of Busia County shares on how the use of Biochar combined with homemade organic fertilizer has seen her reap quality and improved yields from her maize plantation. From the trainings she gets from PlantVillage field officers, the farmer says farming with PlantVillage has made her love agriculture as she can use a variety of sustainable farming methods to boost her produce. 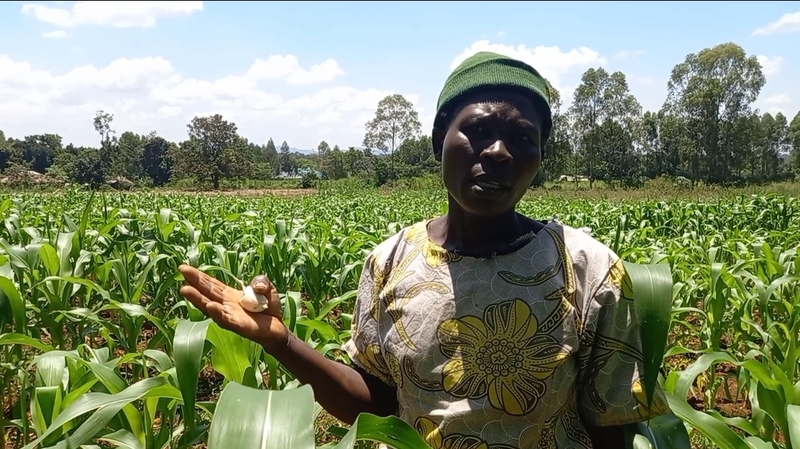 “Through the farm tips I...Read more

East Africa is in dire need of food and water as the prolonged drought rocks for the fourth season now, exposing at least 21.1 million people to a devastating situation.

Most parts of the region, which lies south of the Sahara, are experiencing an acute drought, a recurring condition of the La Niña weather phenomenon, and this time the worst in decades as land remains dry, water sources are declining, and...Read more

Pests and diseases that affect plants can have a major impact on economic stability and businesses’ profitability. It’s important to understand the risk and take action to protect plants, for this reason, on 19th October 2022, PlantVillage team engaged a group of trainees in the Risk Management System for Pests and Diseases workshop by demonstrating how PlantVillage Nuru Application has...Read more

PlantVillage, in coordination with the Dream Team Agro Consultancy Limited, has launched the project to convert Prosopis juliflora weed, otherwise called mesquite, into biochar for carbon credits meant to benefit the pastoralist community in Marsabit County in northern Kenya.

The invasive weed, locally known as Mathenge, is responsible for the decline of important plant species that animals feed on. It...Read more

Nancy Onyango, an extension officer of PlantVillage non-governmental organisation, attributes decrease in farm produce to pests and diseases, over use of inorganic fertilisers and perennial repetition of one crop on the same piece of...Read more

PlantVillage was recently commended by Amukura East Aggregation Centre for enhancing food security through inventing PlantVillage Nuru application that has enabled the farmers identify diseases affecting their cassava and coming up with measures to mitigate them. 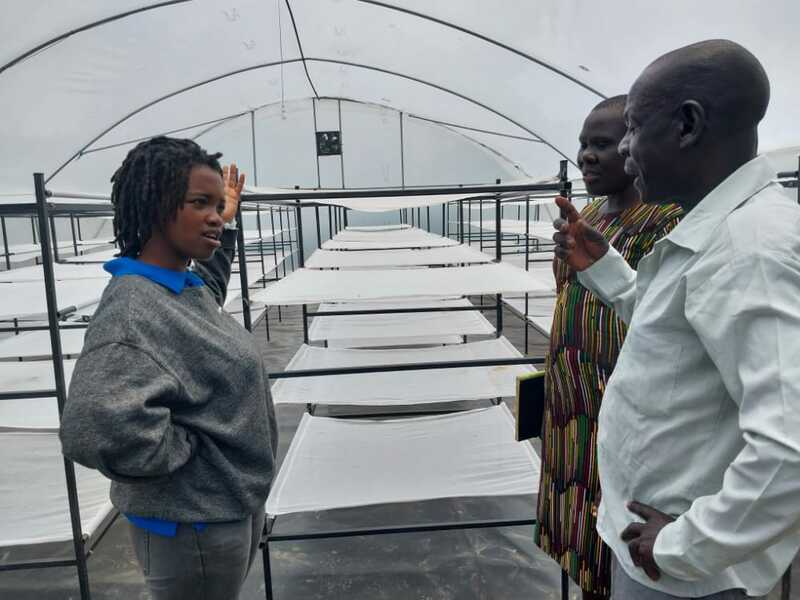 “We have noted an improve in cassava production ever since PlantVillage introduced us to the use of technology to detect crop diseases using the Nuru application.” Said Ms....Read more

PlantVillage has launched a climate change club of 50 students in Burudu primary school in Busia County. This is a move to enhance the planting of trees, and environmental conservation, as well as create awareness of climate change. 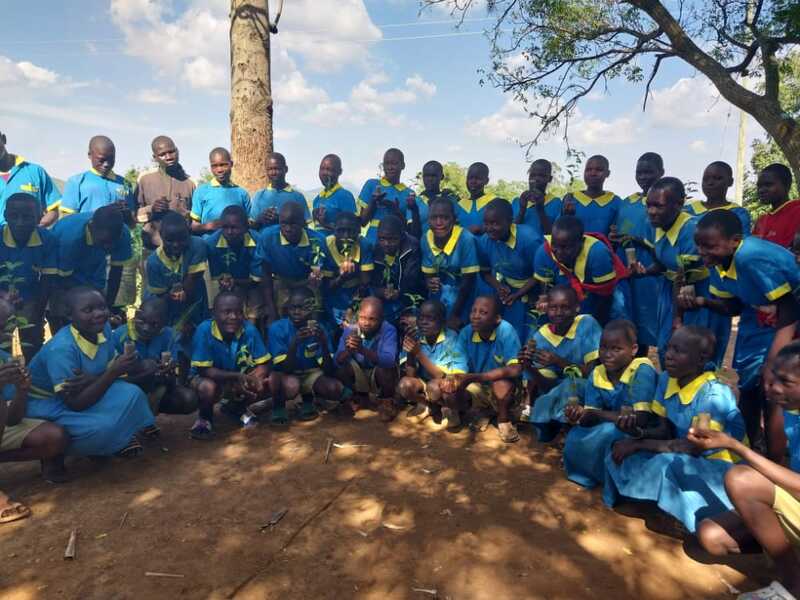 The club named Burudu forest club will provide a platform for the students to engage and educate the surrounding community to actively participate in...Read more