PlantVillage has established the Dream Team model in Uganda in partnership with World Bank and Ministry of Agriculture, Animal Industry and Fisheries (Uganda). In an effort to curb food insecurity and climate change, PlantVillage has recruited 11 young graduates from different Universities in Uganda with an education background in Agriculture. This partnership will aid in development and piloting of pest and diseases surveillance tools for Uganda especially on crops...Read more 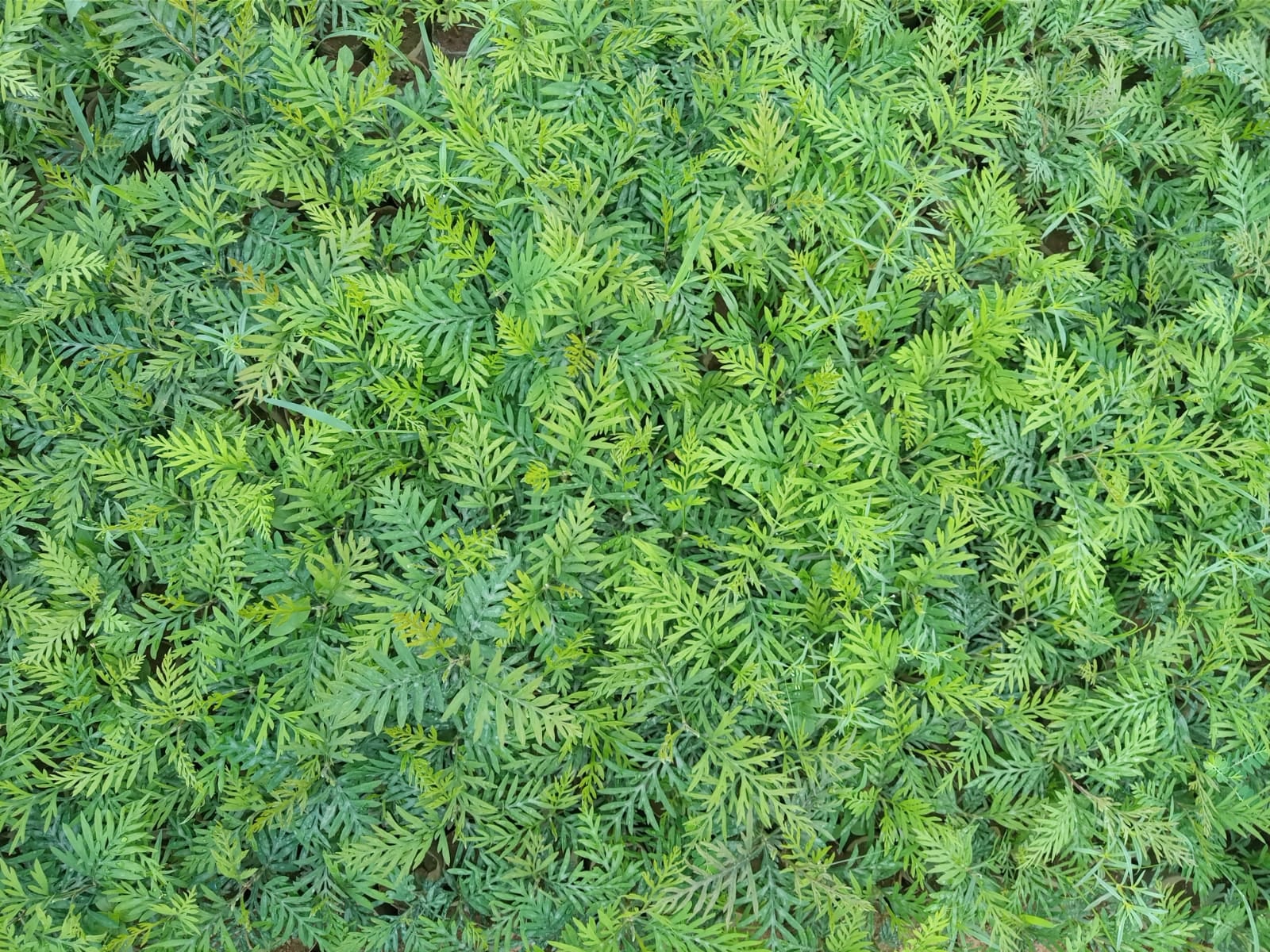 Photo taken from one of the batches of Grevillea tree seedlinds PlantVillage has been...Read more

Posted on January 5, 2022 by PlantVillage

In October 2021, I had an opportunity to join my colleagues from the PlantVillage Dream Team in Bungoma and Busia counties. I stayed there for two weeks, learned and interacted with the lead farmers.

The experience was not only amazing but educative as well. Every day was a learning session, so it was so impactful to me.

As a researcher and expert in agriculture and biotechnology, I must say that what the farmers are...Read more

Samburu Pastoralists: PlantVillage Saved Us From Desert Locusts, Now They Are Giving Us Water

Reflect on the beaming smiles on the faces of students at Lolokwe Day Secondary School, located in the driest northeastern Kenya. PlantVillage has just concluded the installation of a water harvesting project that is going to be a life-changing plan for not only students but also the community that leads a nomadic lifestyle.

PlantVillage's One Health Scout, Francis Lekirimpoto, has been up to the...Read more

Posted on December 2, 2021 by PlantVillage

No one else could be so enthusiastic about agriculture than an ambitious teacher in Umoja Village in Lugari, Kakamega County. The teacher is a determined entrepreneur and he intends to build it into a grand project, and make a fortune out of it.

Mwalimu Gilbert Okech, who teaches at Idavaga Muslim Secondary School in Mbale, Vihiga County, has already set up a fishery with five ponds, an apiary with 30 beehives, a dairy cattle pen, a pigsty, has a...Read more

PlantVillage goal is to help the smallholder farmer tackle such challenges brought about by climate change. PlantVillage...Read more

Penn State to receive up to $39 million by USAID for global research on threats to crops|Penn State University - psu.edu

UNIVERSITY PARK, Pa. — Reducing the negative effects of pests, diseases and weeds on crops in a climate-changed world is the goal of a multi-institution team led by Penn State and funded by the U.S. Agency for...Read more

Posted on November 9, 2021 by PlantVillage

Long since before this, nature had its own way of cycling and balancing carbon. Practically, when a tree dies and decomposes, it releases carbon dioxide, methane and other gases. Movement of carbon and...Read more

Posted on November 7, 2021 by PlantVillage

PlantVillage founder and director David Hughes is among three chosen to lead the USAID's Feed the Future program's new innovation Lab on Current and Emerging threats to Crops after Penn State University won a whopping $39 million grant for the course.

"The lab will serve as a venue for a broad coalition of experts from around the world to collaborate on novel approaches...Read more

PlantVillage interns from different parts of Kenya camped at the County Green Hotel in Sikata, Kanduyi Sub-county in Bungoma County, for a 3-day training aimed at inducting them on a two-week long field activity. 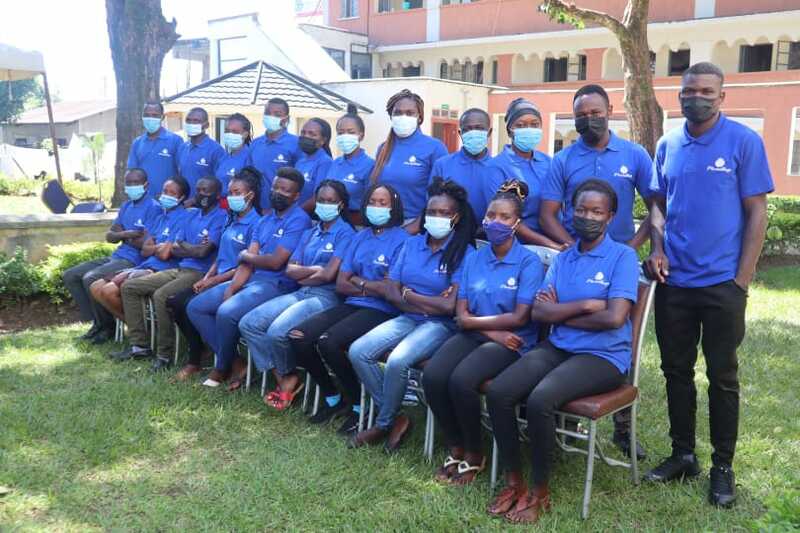 Interns pose for a photo at the County Green Hotel in Bungoma County, Kenya.

The special event, overseen by the county director Dr. John Chelal, kicked off on Monday 11th October 2021 and ended on Thursday 14th October 2021. It brought...Read more

At least 12 lead farmers from different parts of Busia County met at a home in Nambale Sub-county for a soil training session. In Bungoma County, farmers gathered in Kimilili to receive an interpretation of soil test results from their fields. 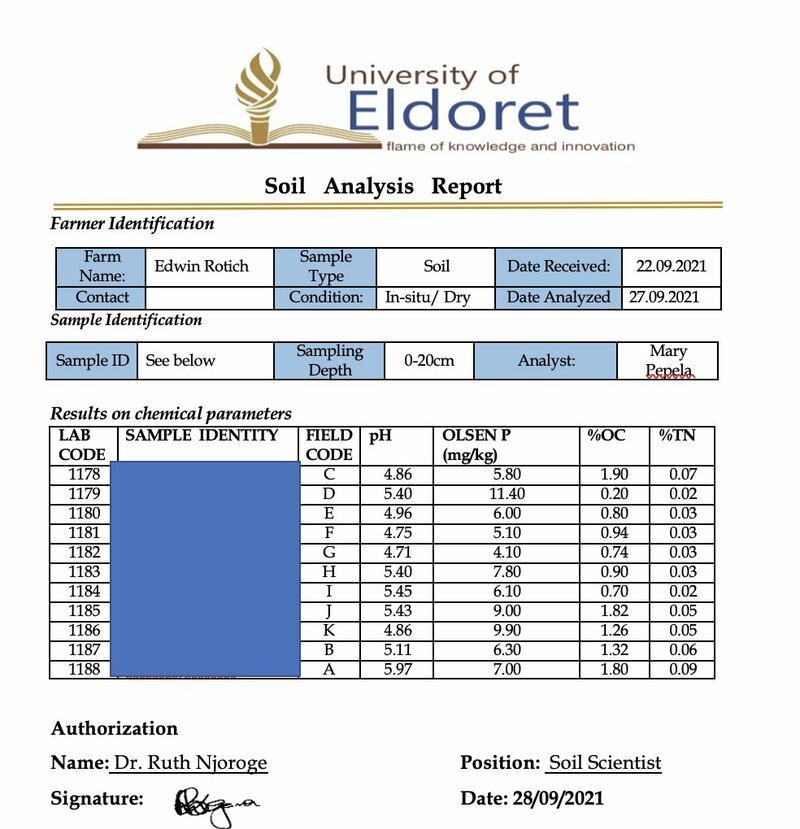 Led by Dr. Edwin Rotich, a biotechnologist and soil scientist lecturer at Moi University – and accompanied by officers from PlantVillage – the farmers got an interactive opportunity to learn about the...Read more

Posted on September 27, 2021 by PlantVillage

Cassava has, for a long time, existed in the traditional African recipe. The tuber crop, which comes in handy for its roots and leaves, used to form a great meal companion for our great grandparents– no wonder their robust health and fulfilling lives!

In this article, we are going to review the benefits that come with cassava flour, its uses in Kenya, and just exactly how you can make a fantastic recipe for a loving one, a...Read more

Engaging Youths through Innovations in Agriculture

This year theme of international youth day 2021 is transforming food system; Youth innovation for Human and Planetary Health’ with an aim of highlighting the global success achieved with participation of young people. The world has about 1.2 billion people aged between 15 and 24 years, making up 16% of the world’s population. With this enormours pool of potential,it is important to encourage young people to participate in feeding...Read more

Posted on August 5, 2021 by PlantVillage

Agroforestry for Food Security and Climate Change in Africa

Agroforestry is the combined management of trees, shrubs and agricultural crops. This kind of diversification in farming is beneficial to the farmer and soil. FAO describes agroforestry as land-use systems where woody perennials (trees, shrubs, palms bamboo) are used on the same land as agricultural crops and / or animals. Example of trees that...Read more

Nature Based Solution for Fall Armyworm in Kenya

Fall armyworm is continuously threatening food security and the livelihood of hundreds of millions of smallholder farmers. The Food and Agriculture Organization of the United Nations estimates that fall armyworm threatens maize crop worth USD 18 billion per year in Africa, near East and Asia-pacific. Using nature based solutions that is environmental friendly to manage this voracious pest is crucial.

We previously wrote about the use of natural enemies like parasitoid wasps that help farmers combat the terrible fall armyworm. This is work that we have been doing with the excellent team at icipe. You can see a video of the release we did with Dr Peter Malusi and Dr Tadele Tefera of icpie.

We had not expected to start releasing the parasitoid wasps since by the time we met up with Dr Malusi the maize had already grown to over knee height and had plenty of...Read more

PlantVillage operates in 3 Sub Counties in Kilifi; Kilifi South, Kilifi North and Malindi. PlantVillage interacts with farmer groups or individual farmers. For most groups, a lead farmer is identified and equipped with a smartphone and trained on the use of PlantVillage Nuru Application. They then scout their farms, those of their neighbours and other group for pests and diseases. They receive immediate diagnosis and advice on how to manage the pests or...Read more