Training of Agricultural Officials in Uganda

PlantVillage, through its implementing partner organization Cultiva Dream Team, recently conducted two trainings; one for eastern region (Serere and Soroti district) and another for central region (Kalungu, Mpigi and Masaka). In attendance were the district agricultural officers, the district production officers and the sub county extension officers for each sub county in all districts. 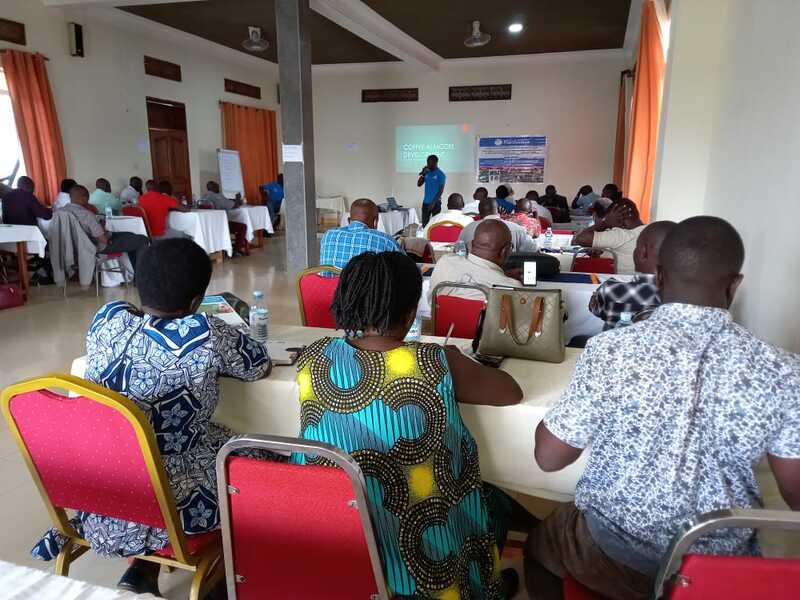 Topics covered during the trainings include:

The objective was to discuss the setup and function of PlantVillage Nuru mobile application. The team provided a demonstration on how to use the application and its benefits. The team also stressed that the purpose of the application is not to substitute but rather to enhance the disease diagnosing attribute of an extension worker. The participants downloaded the application from Google Play Store and were looking forward to using it in the field.

The objective was to give an understanding of the different categories of farmers and their roles. This include Lead Farmers (LFs), Following Farmers (FFs), Seed Entrepreneurs (SE) and their respective roles.

The objective of this topic was to build the capacity of the extension officers to use the Ag observatory to monitor and track the progress of PlantVillage work in their respective districts. This will allow the officials to provide feedback after checking the work progress.

The officials were introduced to coffee artificial intelligence model which will enable farmers to diagonise and detect the coffee berry and leaf diseases.

The trainings concluded with remarks from the district production officers who appreciated PlantVillage for the introduction of Nuru application which is critical as it provides instant diagnosis of disease thus early management. They also encouraged the extension officers to use the mobile application to improve on their efficiency in delivering extension services.