Coffee fields in Uganda are drying over the past three decades. Annual temperatures have risen across the country, potential evapotranspiration increased, and the distribution of precipitation has become more variable. In order to reduce vulnerability to climate change, smallholder farmers are applying innovative approaches to manage climate change.

Bottle irrigation. Farmers get empty mineral water bottles preferably 1.5 liter bottle, make a hole from the bottle top, fasten it after filling the bottle with water and it gets lowered in the soil to release water in a drip irrigation way. 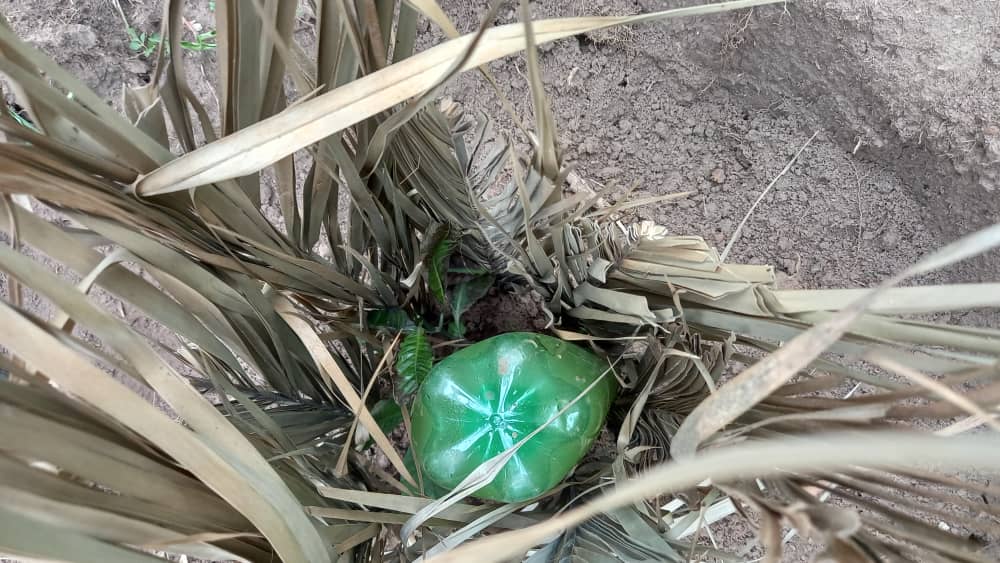 Rainwater harvesting. This is through water harvesting bands such as digging pits/ troughs and terraces. Tarpaulins are laid in the dug pits and water is kept on them for a while.The common terracing method is "Fanya Juu '' which involves placing the soil on the upslope and "Fanya Chini '' which involves placing of the soil on the lower side of the contour. 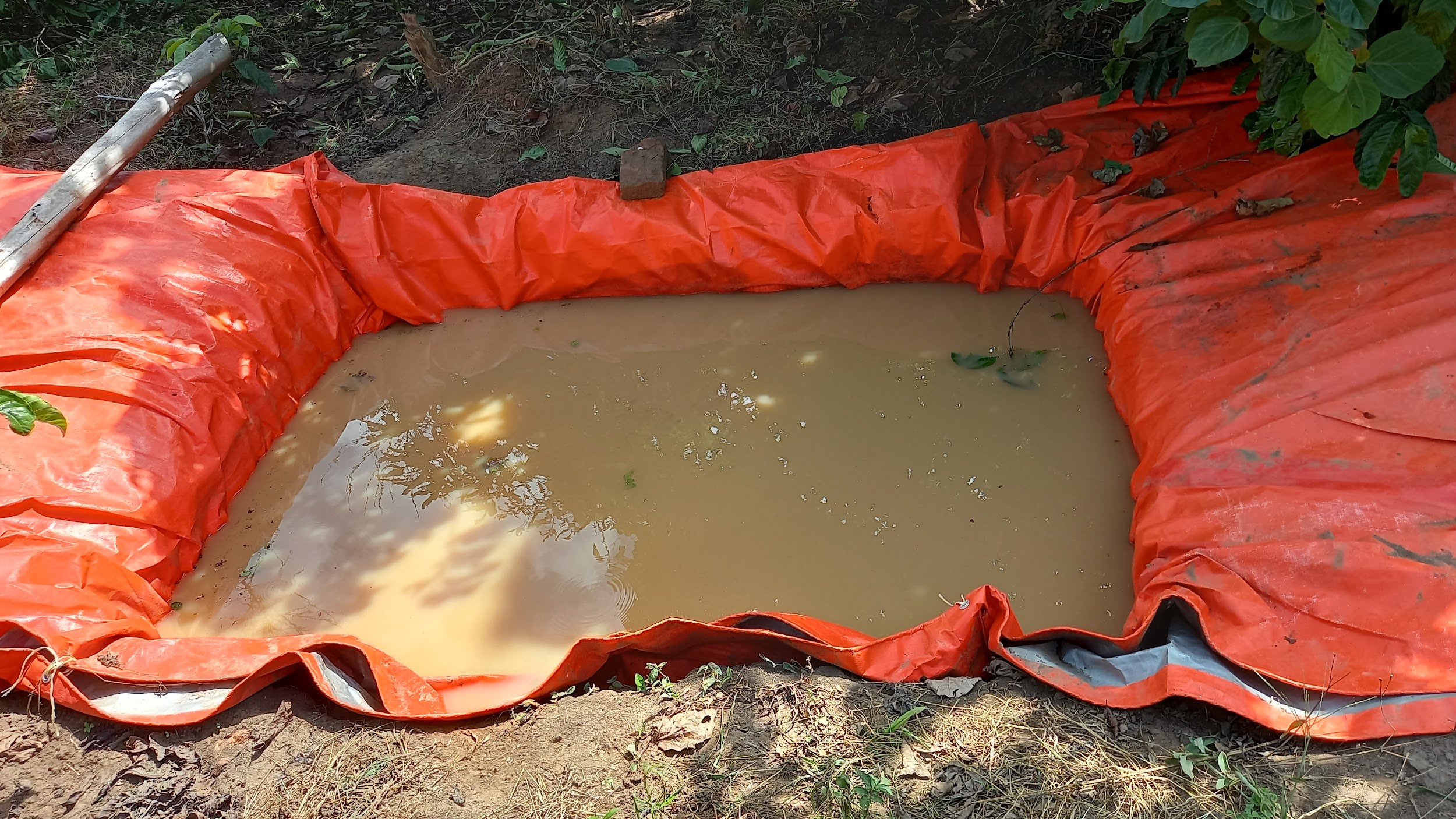 Fig 2: Tarpaulin laid in a dug pit to store water for a while; it is under a tree to reduce evaporation

De-suckering. This is a type of pruning where numerous shoots that grow from laterals, verticals and tertiaries are removed from coffee trees. This is done to avoid over competition from many suckers, open up canopy, and enhance productivity and to achieve less pest incidences. 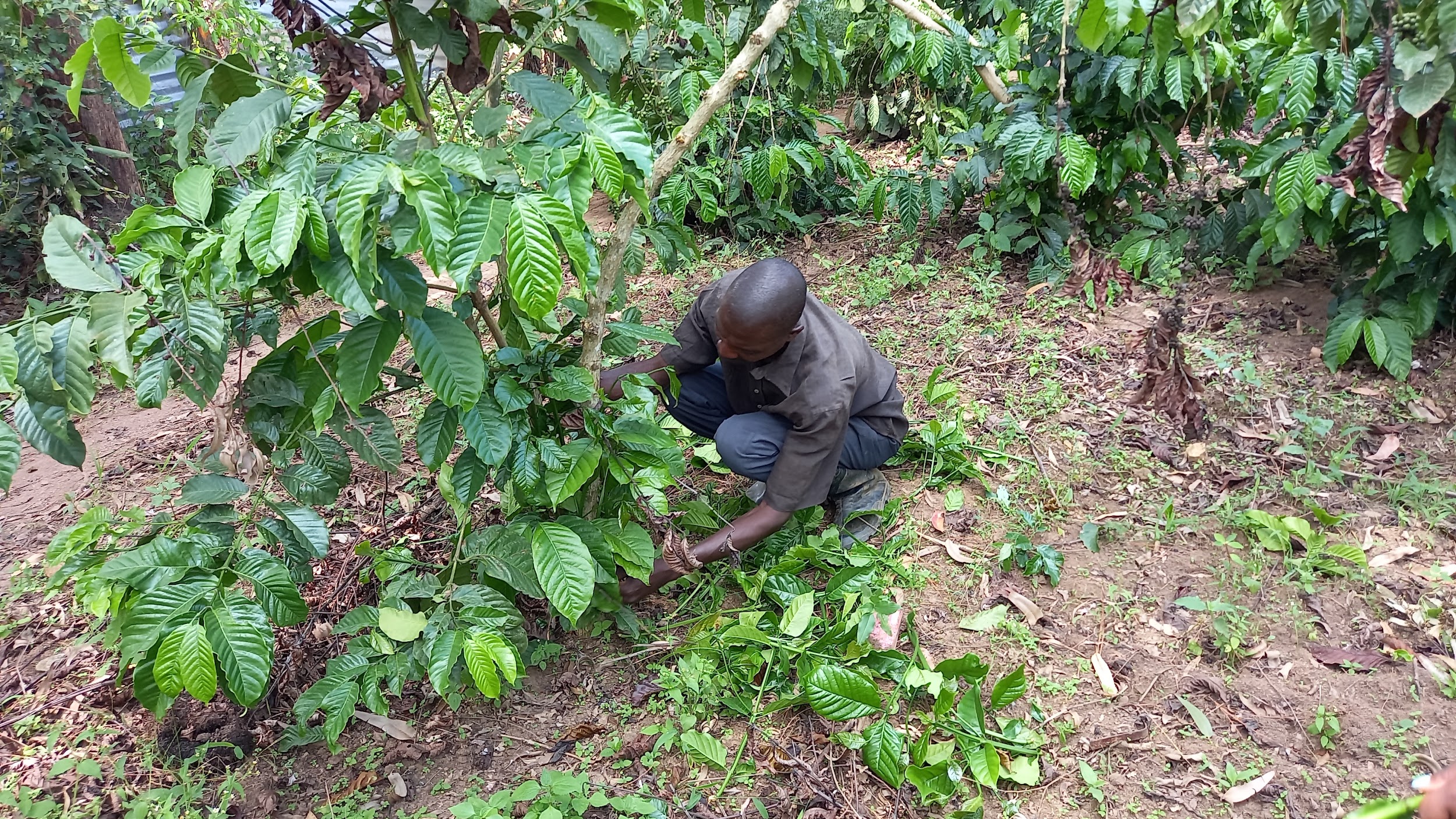 Mr. Ronald, a coffee farmer says recommends trees with much sap which are less affected by the black coffee twig borers. 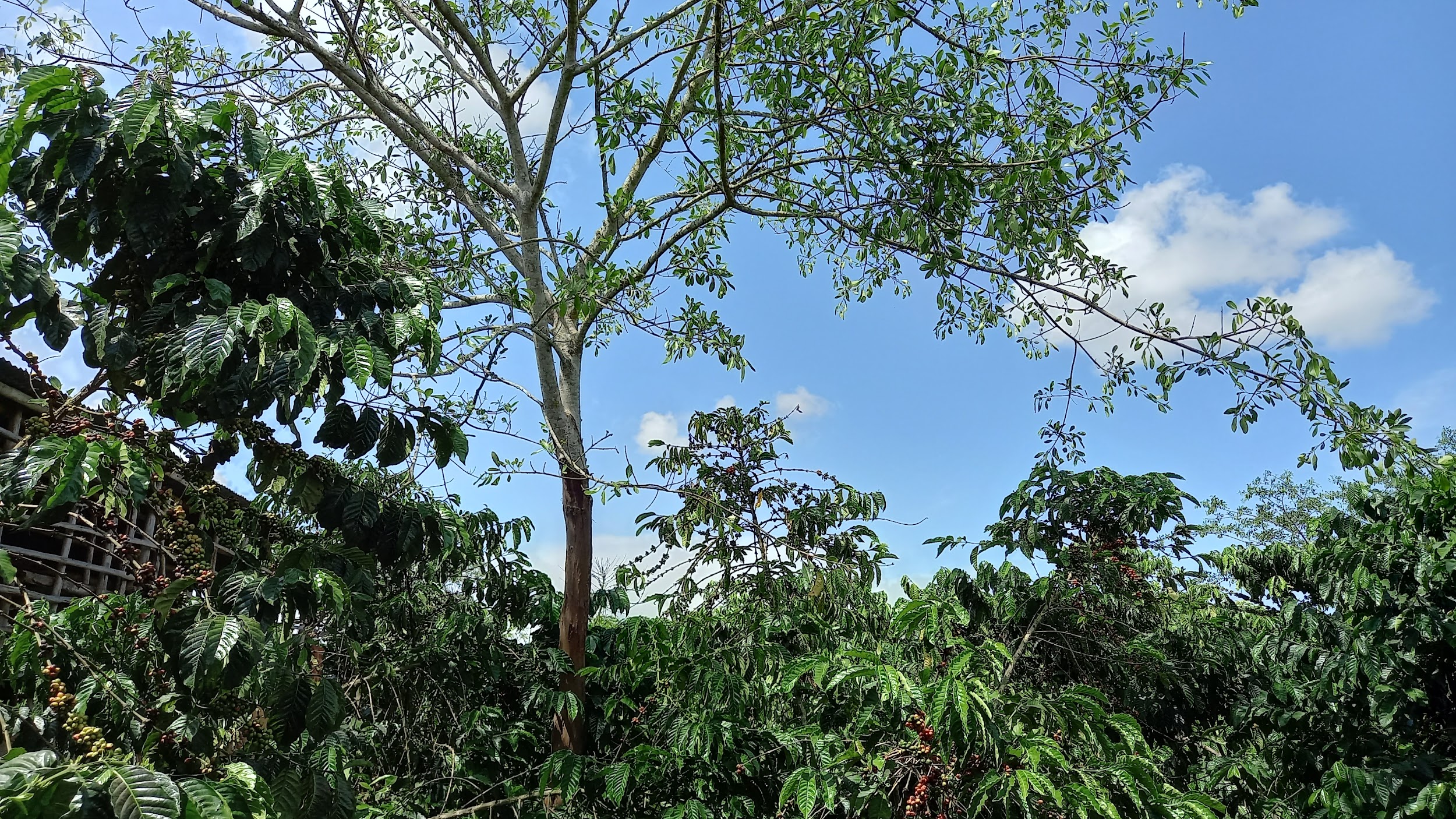 Mulching and cover crops. Some farmers cover a meter away from the plant with a foot width of mulch in order to maintain a conducive soil condition and temperature. 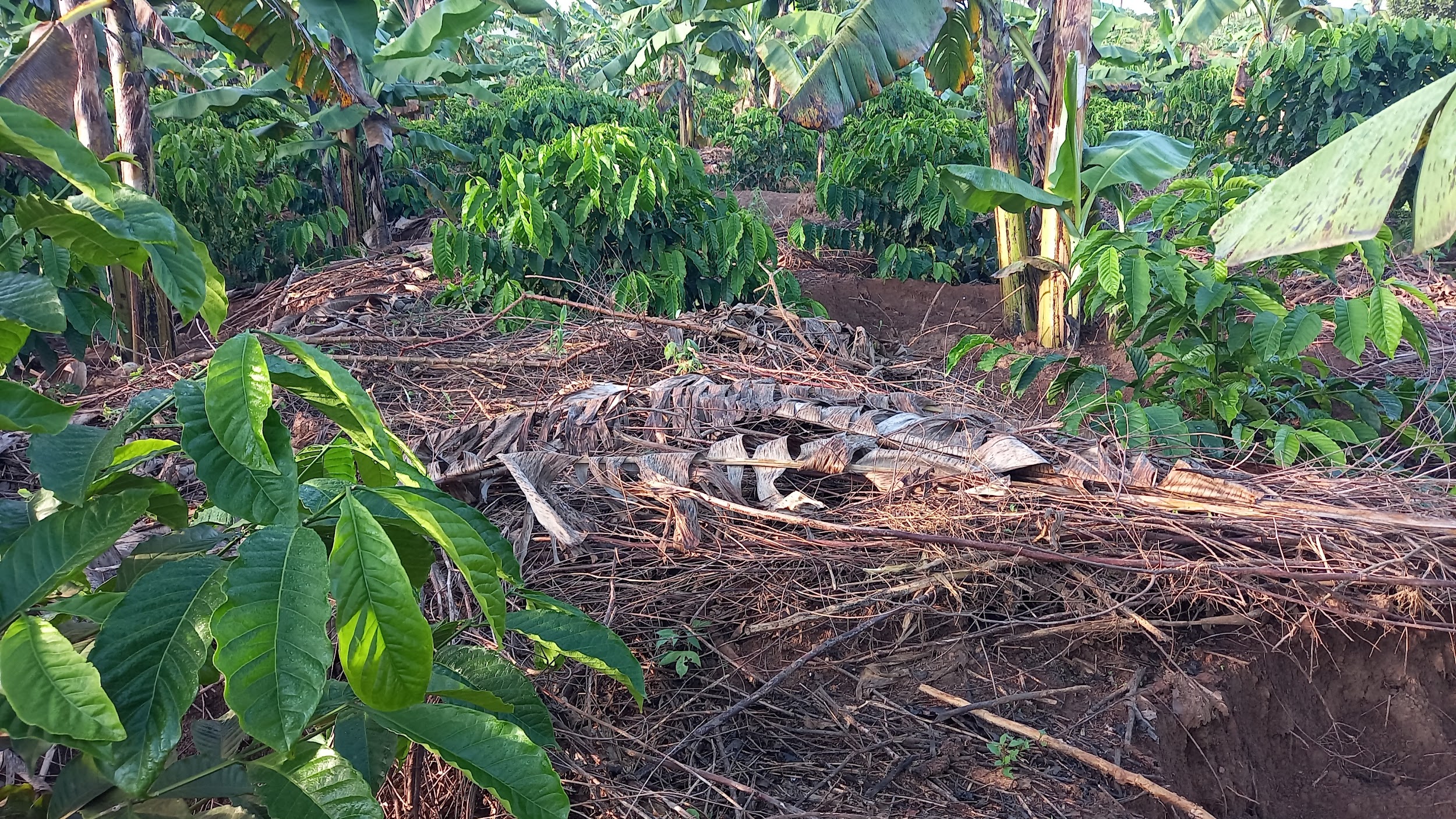 Farmer's mitigation practices are diverse, based on their knowledge and financial ability as well as the crops grown. PlantVillage with partners is developing different interventions and scientific solutions to support indigenous knowledge needed by farmers.