In Just a Year, the PlantVillage Tree Seedlings Distribution Program Has Surpassed the One Million Mark

PlantVillage’s grand initiative to upscale carbon capture and help heal soils for food production in African farms is at its peak after the the 1 million tree mark was surpassed in the ongoing tree seedlings distribution program just a year since the project kicked off. We are focused on Kenya and Burkina Faso but based on what we learn in those countries we want to expand to 40 countries across Africa.

This year alone, PlantVillage, through the Dream Team Agroconsultancy Limited, has given out at least 498,870 seedlings, four times more than the 127,290 seedlings that were distributed in 2021 when the project kicked off in July in Bungoma, Busia, and Kilifi counties, according to data from the Agroforestry Department. In Burkina Faso we have distributed 300,000  with another 50,000 planned next week.

In total, as at now, the organization has distributed to farmers over 1 million trees in one year! 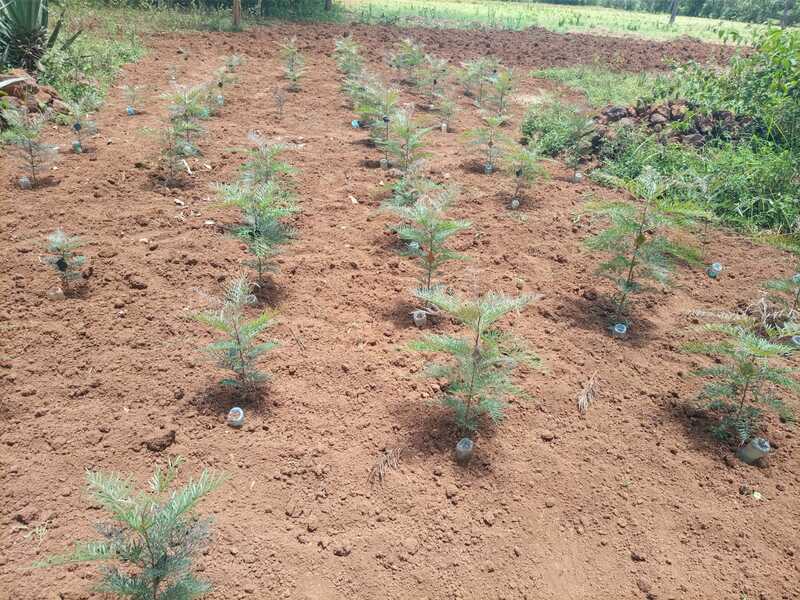 Young Grevillea robusta trees at a farm in Busia County/PlantVillage

In the last four weeks alone, farmers in Busia and Bungoma counties received a total of 99,700 seedlings, the highest in a span of weeks since the program was launched, signifying the rise in intensity as the project aims to reach 2 million trees by mid-2023 in Kenya alone.

PlantVillage has been buying the seedlings from farmers and farmer groups at a fair price in addition to the 72,100 raised at the Machakusi tree nursery in Malaba, Busia County, mainly Grevillea robusta, to facilitate the ambitious program.

"At least 7,500 farms belonging to smallholder farmers have benefited from the program. Each farm receives an average of 80 seedlings. A farmer can get slightly more or less depending on a few factors, such as the size of land," Chelsea Akuleut, who is in charge of the agroforestry project in Kenya, says. 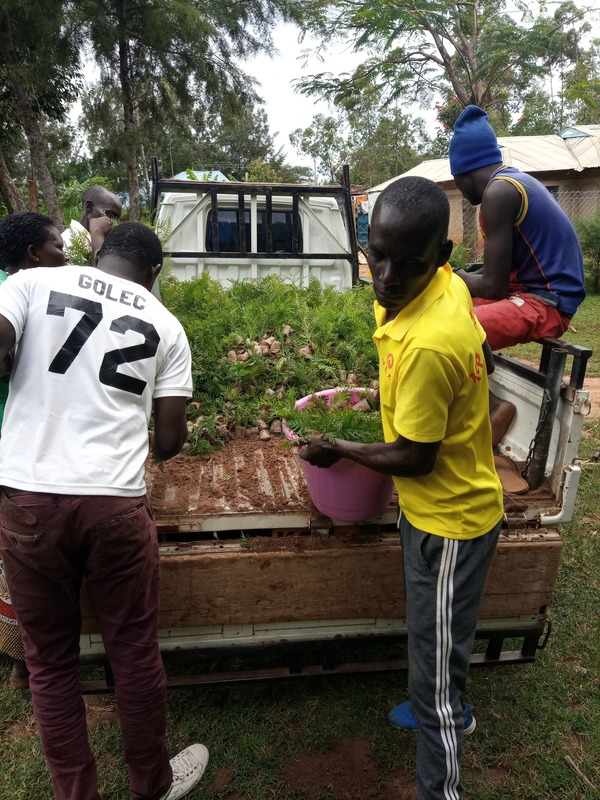 Farmers in Bungoma County receiving Grevillea robusta tree seedlings. They were given a total of 10,000 seedlings/PlantVillage

The agroforestry team  in Kenya led by Chelsea now has 18 full time agroforesty professionals and 8 casual staff.  The team is now monitoring the trees whose survival rate is encouraging. The team has been up to task since the program began by training farmers on how to plant the trees and take care of them. They are also tracking the trees to measure the amount of carbon.

Lessons are being shared between daily between Kenya and Burkina Faso.

This is to ensure that a farmer benefits from selling carbon captured by the tree through PlantVillage’s market network, besides the fact that the tree will have a direct impact on the increase of yield on the farm, not to mention the environmental benefits that come with it. 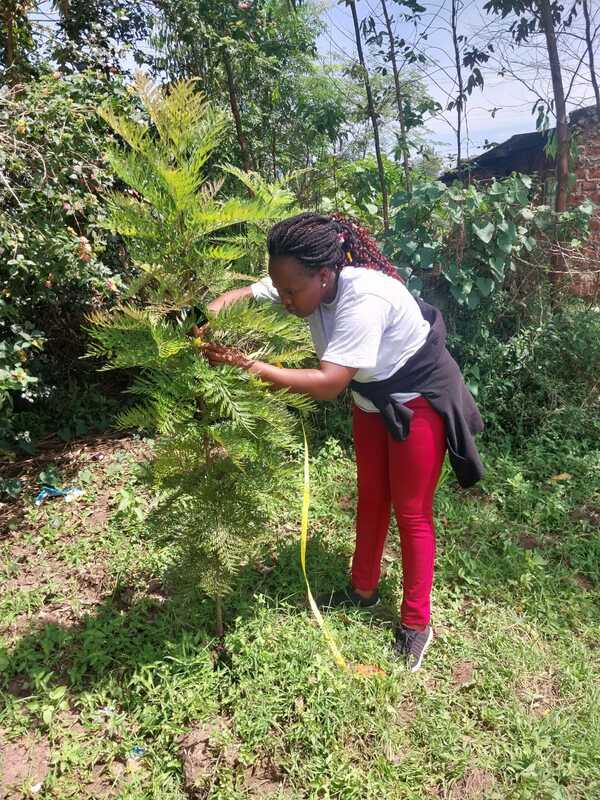 To make sure the tree grows in an ideal environment, farmers are also given biochar, a soil amender made out of burning dry plant biomass under limited or no air supply. Biochar also contributes to the process of capturing carbon and storing it in soil for thousands of years.

"It is work in progress, and it’s not where we want to be. We want to be able to distribute, plant, and grow a million trees each year in all the counties in Kenya,’’ Chelsea concludes.

David Hughes, the founder of PlantVillage said, "this investment is thanks to the Huck Institutes and College of Ag Sciences at Penn State with an initial investment on $75,000 via an endowed chair they kindly awarded me.  Given the climate crisis I wanted to bet on carbon capture at scale. This was new to us but clearly a big success. Not only do we have 18 excellent full time agroforestry team members but also, we had a huge buy-in from donors. We received money from the Hopper-Dean Foundation and CISCO Foundation to plant trees and increase the number of green jobs. We also won the Elon Musk Foundation/XPRIZE Carbon prize for both the student award and Milestone Award.  It started small but clearly with the brilliance of the Dream Team and partnership with farmers our goal of tens of millions of trees/year across 40 countries is a real possibility. Onwards and upwards"