Irrigation, Agroforestry and Resilience Farming — Kenyan Farmer's Zealous Approach to Drought and How it Has Paid Off

Rose Echakara is a small-scale farmer in Angurai in Teso North found in Busia County in Kenya who has always relied on agriculture to single-handedly raise her children after her husband passed away long ago.

As the country grapples with a prolonged drought that has continued for four successive seasons and exposed 4.1 million people to adverse hunger and famine, farmer Rose has put up measures to ensure production in her farm remains steady and her family never lacks food and other basic needs. 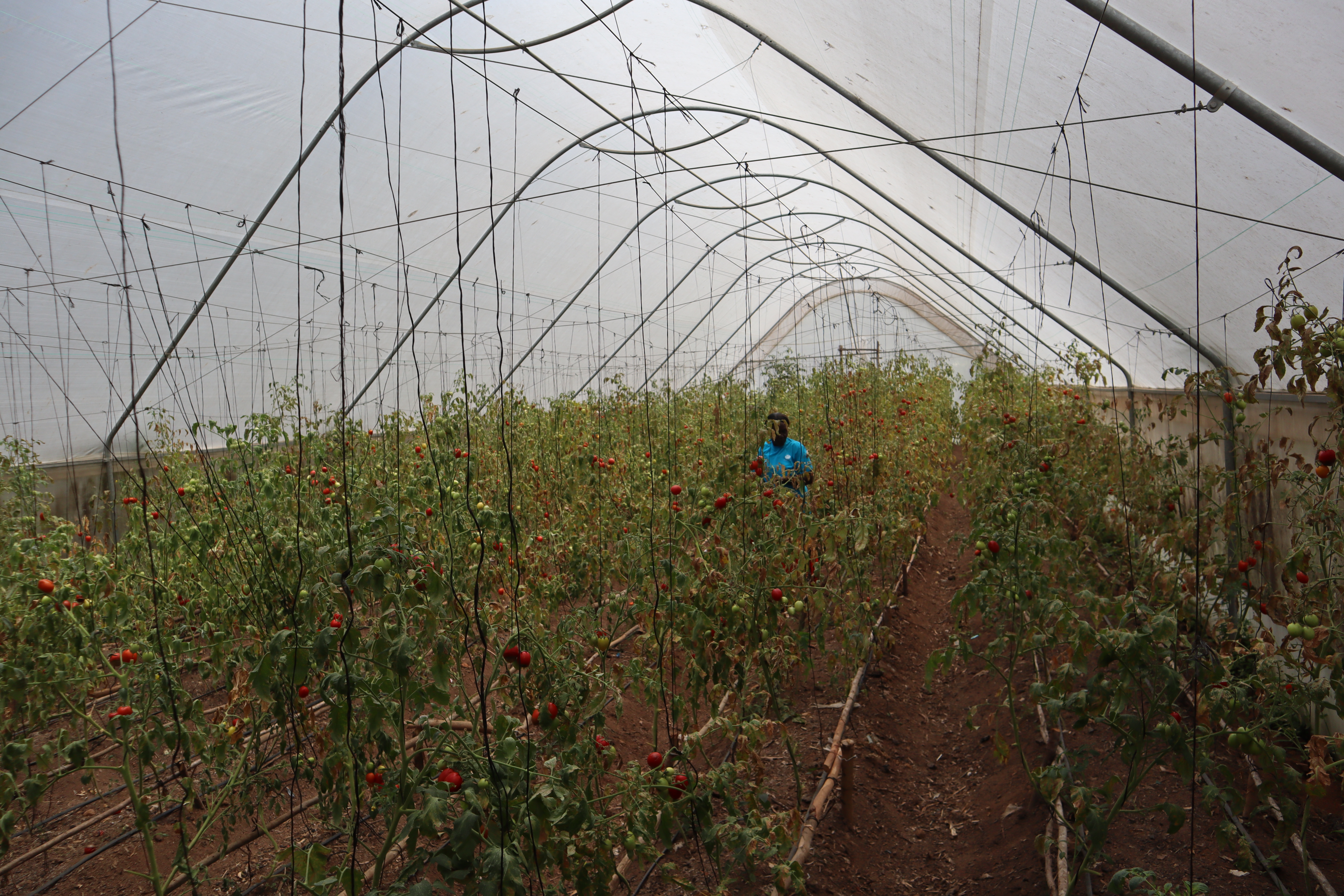 As a means to evade the effects of drought, which pose a danger to her consistency on the farm, Rose has two water tanks, a borehole, a greenhouse, and has planted drought-tolerant crops, including cassava and sweet potatoes.

"I use drip irrigation for my tomatoes. I also plant crops like maize, sweet potatoes that are fleshed, cassava, vegetables, and bananas for home consumption, not for selling," the farmer says.

Her tanks connect with the borehole, which also provides her with water for domestic use and watering animals. The water supply is powered by an electric pump in her greenhouse and watering points for her livestock.

She also plans to build gutters on her roofs to harvest rainwater. 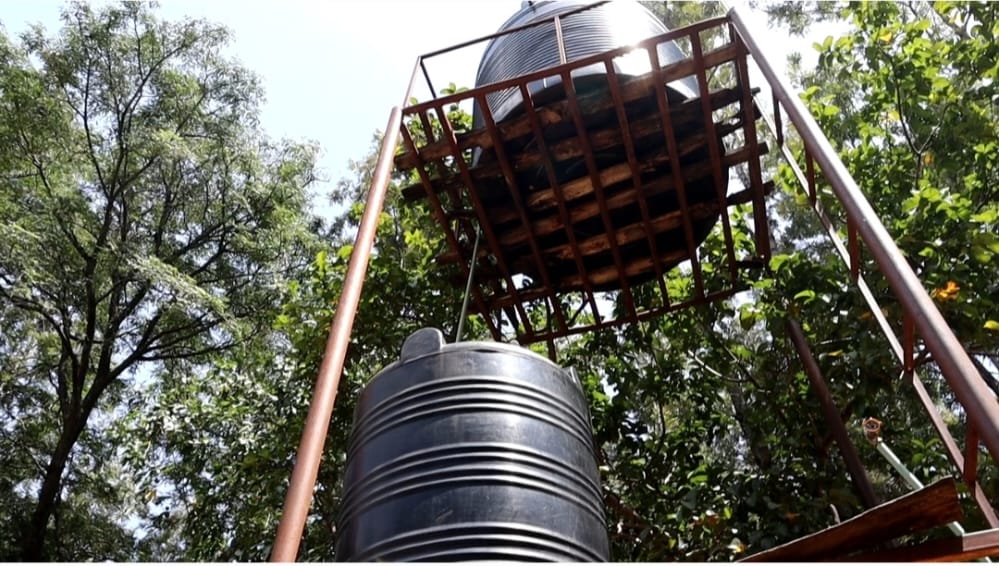 Rose grows tomatoes in the greenhouse, and she has been doing this for a decade now. The greenhouse is supplied with water by drip irrigation through a connection of pipes from the tanks.

"What inspired me to have a greenhouse is to have a commercial business and use drip irrigation on my farm during drought so that I can have vegetables and food for my family," she says.

She earns at least KSh50,000 ($418) a month, enough to clear her children's fees and pay bills. She can also pay her chama (women's group) in time and add figures to her saving's account.

Despite the profit, she admits that the persisting drought has been a challenge to her business, but she has been able to make a profit and earn a living. 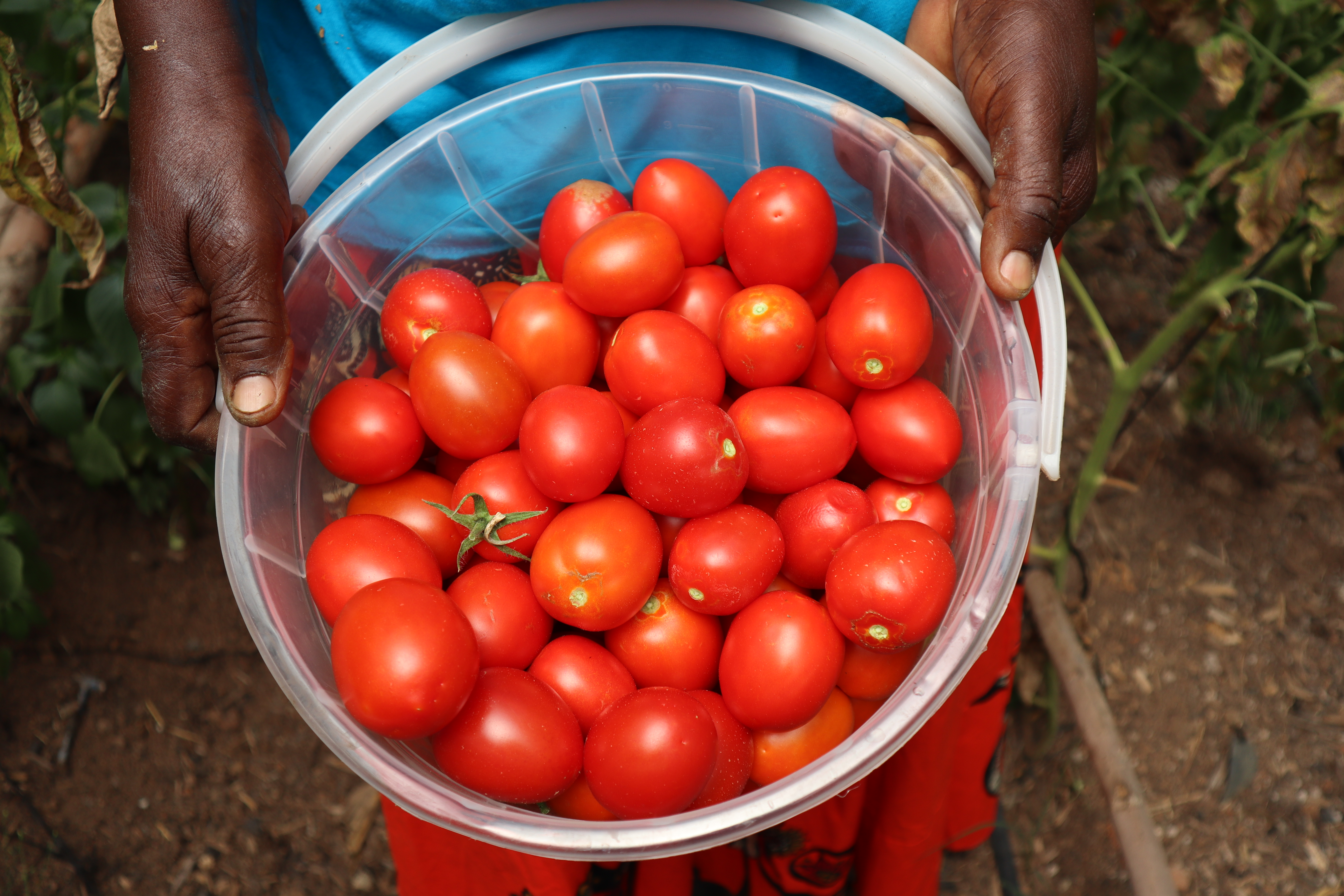 Her cassava and sweet potatoes are thriving and will save her as the drought continues until February, before the onset of long rains. The crops survive even the harshest conditions; that’s why she chose to save a half-acre plot for them.

Rose’s farm also boasts of agroforestry trees, which she says are preserving her soil and creating an ecosystem fit enough for combating drought and growing crops.

"I planted these trees in 2011, now 11 years on. I planted for shade, for preventing soil erosion, and for money and school fees for my children," she says.

She is a proud woman, being the leader of a farmer's group with the objective of working together to change their lives and those of their families. Apart from planting crops, trees, and keeping livestock, Rose also makes clay stoves that conserve energy and preserve the environment.

"The jiko saves fuel, only uses two pieces of firewood, and retains heat for a long time. It saves money," she adds.

Hers is a career molded by hard work and a keen eye for detail. Her clarion call is for farmers to adopt methods that help fight climate change while increasing production.

"My dear farmers, I’d like to urge you to practice irrigation as part of your farming, plant so many trees that can give you rain, and we can live as a healthy family with food on the farm and have money," she concludes.