It has been just two weeks since Nuru was released in her Beta or test phase. Our goal is to get her out there and understand how she performs. The strength of Nuru is that she works off-line and so can be used across regions where internet connectivity is poor or not present. But of course, we have to make sure that the diagnosis that she is providing is correct. So, in these two weeks, we have been testing Nuru with scientists who work in UN FAO field offices in Ethiopia, Zambia, Zimbabwe and with colleagues in Ghana and Burundi. Nuru was also used by farmers in Kenya and Uganda. So, in just two weeks Nuru was used for fall armyworm in 7 African countries!

What we learned from this is that it very important how the phone is held and whether there are high winds that move the leaf or shade. We will take this information to better design the user interface for people to follow. It is our belief at PlantVillage that the most important resource in the field is the human. So, the human can learn the  best way to use Nuru so that she can be a better tool for farm level crop disease assessments.

Although Nuru is offline we do collect the images and locations/accuracy scores when she re-connects to wifi. On the PlantVillage dashboard we can see all this data and human experts can view the images and see where Nuru does well and what has to be improved.

So far Nuru has successfully completed the UN FAO Scouting tool where 50 plants are examined to provide an intensity of infection. It is clear we are underestimating fall armyworm damage which is likely due to how the phone is being held. Through a collaboration with Fritz AI https://fritz.ai/ we can see which phones are being used and how the neural network works on each one. Thanks to Eric and the gang at Fritz

One major event of the last two weeks was that Nuru detected a completely new record of Cassava Mosaic Diseases in an area where it was not known to occur. This was picked up by our IITA colleague, Dr James Legg who, together with his team, is the driving force behind Nuru Cassava AI. This was an amazing discovery! To see how a remote farmer could use AI in his phone and connect that to a world authority on Cassava viruses. (We are not stating where it was as we have to determine with our  colleagues how such records will be disclosed).

So, a great first two weeks. We will be back with more updates.

The notification tool that we can use to send updates to farmers who used Nuru. 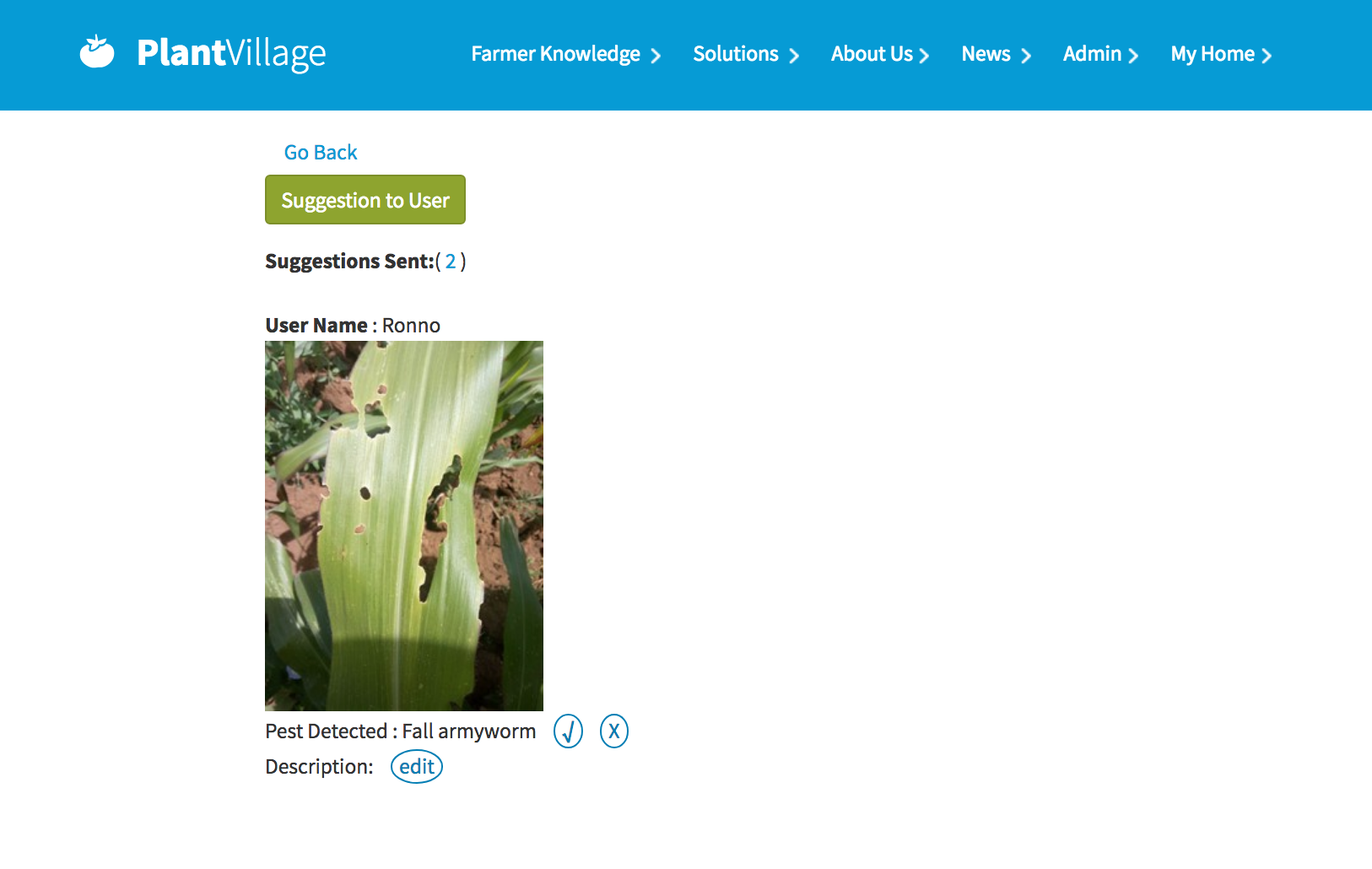