So we head to the two mouths. The place is well endowed with beautiful rock structures and some tough hills.  On the hills, you won’t miss crops growing in between the rocks you would think it’s an intercrop of maybe maize and rocks or cassava and rocks. These rocks, however, limit agricultural activities in the areas. There are giant lizards and other reptiles in the rocks which sometimes scare you to death. We once found them lying at the footpath and you can guess what happened next. There are also a few homesteads up and down the hills.

There is this one place known as “Zayuni”. This place is deemed as holy grounds where people go to worship. Here there are caves with partitions and numbered rooms. In fact, you have to leave your shoes out as Moses did remove his when he saw the burning bush. One day after fieldwork we decided that we too should visit the holy grounds of Zayuni. The Lead Farmer offered to take us to the place. On arrival, we met an elderly lady and she was on her way to the caves to seek God. She had traveled close to 460km just to reach the caves to fast and pray for at least one week. On entry we found rules that guide the activities of the cave and what caught our attention was the last statement on NB: if you don’t follow any of these rules, God will punish you. The caves were flooded and therefore we just peeped in and left the holy grounds of Mt. Zayuni.

It’s a little hard to differentiate the hills. The rock structures are a whole beauty. Some of the rocks lie on top of each other while some look as if they just grew from the ground. Sometimes you ask how some features came into existence, for instance, the giant rocks. How beautiful the surroundings are from the viewpoint up the hill. At the top of the hill, looking down to the slopes, you wonder about the arrangements of the rocks and how they came into existence. 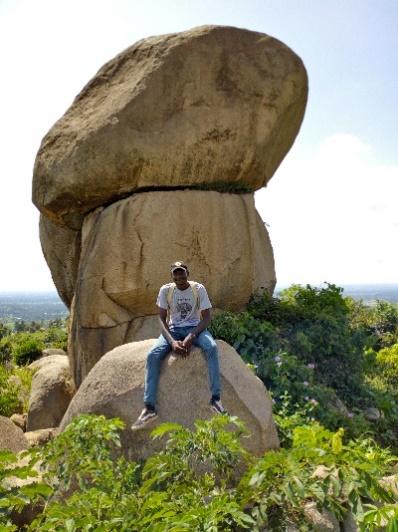 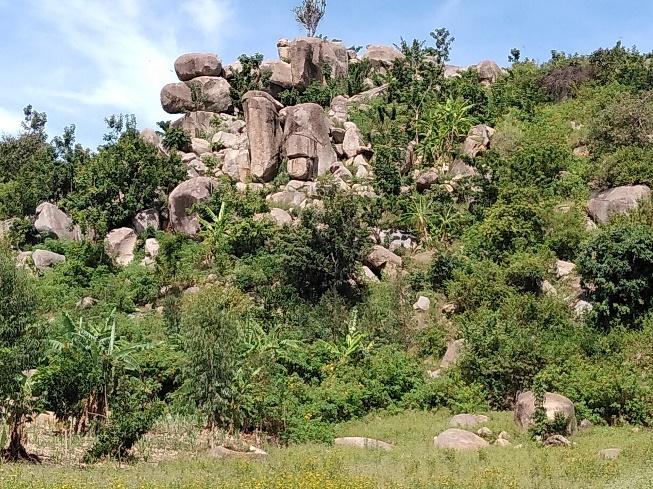 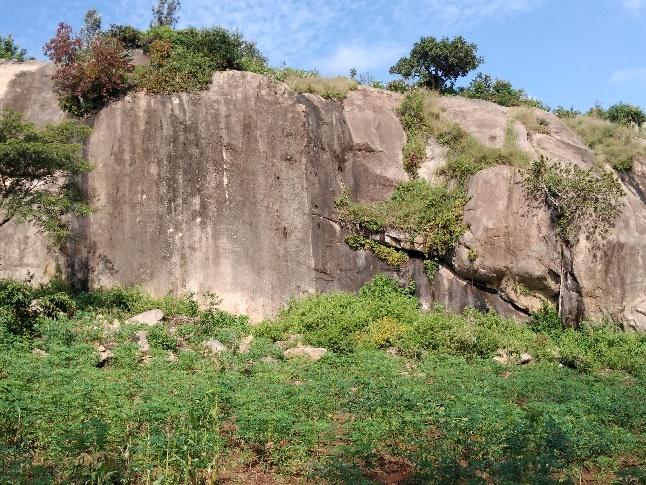 Some of the rocks found on the hills

There are seasonal streams flowing at the bottom of the hills. Most of them originate from up the hills and between the rocks. These streams get their ways to the main rivers in which they erode a lot of soils which becomes a source of income for the inhabitants as they harvest sand. 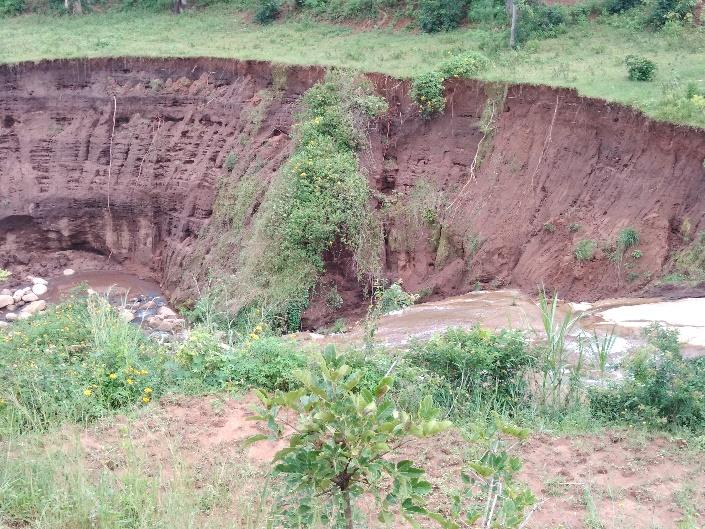 An eroded piece of land from which inhabitants harvest sand 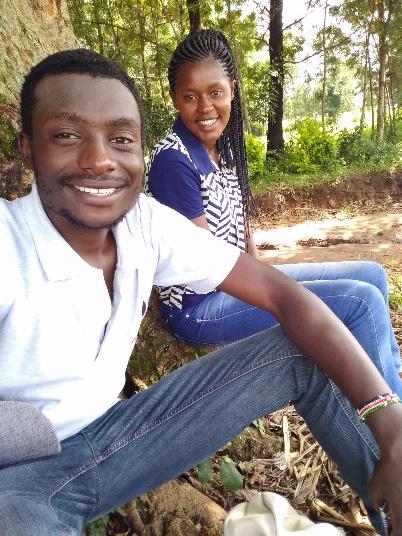