Answers
0
points
Unfortunately I cannot find data specific to Tanzania but I have gone ahead and looked up the data for Eastern Africa as a whole using FAOSTAT (Food and Agriculture Organization of the united Nations Statistics Division) http://faostat3.fao.org/home/E

The yield you obtain is obviously based on many factors, including soil quality and climate so it is very difficult to give you a concrete answer. Please feel free to ask any other questions you may have about growing onions 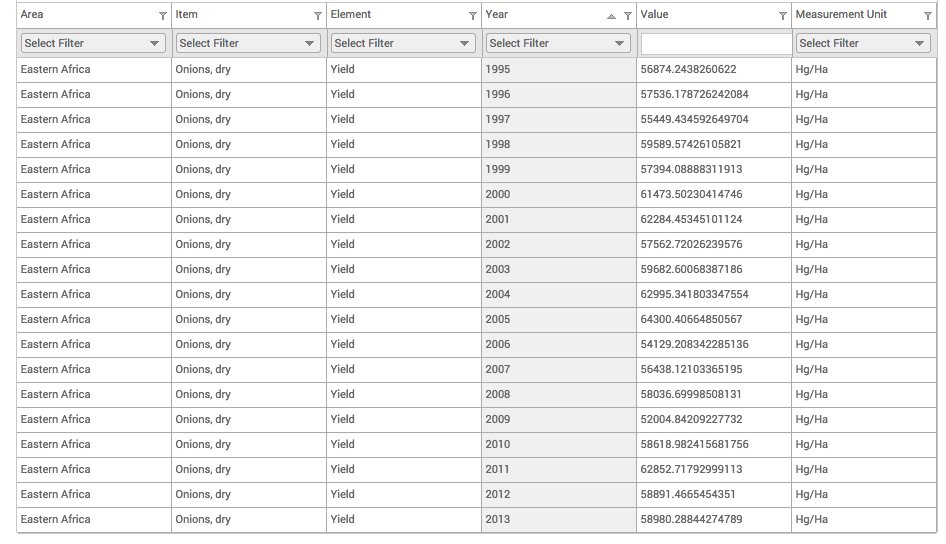 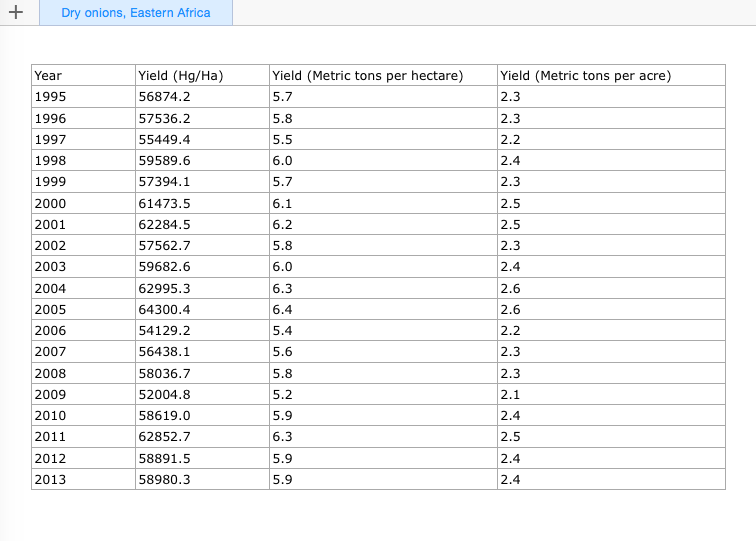 Table of onion yields for Eastern Africa between 1995 and 2013, converted to metric tons per acre

Humayun Kabir commented, Thanks for sharing the information which is quite practical for farmers. I am sure will be quite helpful for me. about 4 years ago.

0
points
Thanks for allowing me to shear the information which is quite practical for farmers.I am sure will be quite helpful for me.