I have had a cacao tree for several years (4-5?) and the one pictured is a 1.5-year-old cutting from that. I've been growing it in potting mix under an east facing window for the past year where it has done relatively well. It grew several new sets of leaves in May, and I re-potted it into its current large pot the first week of June using compost (seems to be mostly wood mulch). Several weeks later the leaves began dying and the shoots stopped extending. I water with distilled water or rainwater and feed regularly with African violet fertilizer (at the recommended rate on the bottle), no different than what I have done for the past several years. The sudden change seems to be the result of its new growing medium, so I'm wondering if I should re-pot into something different or if I can simply increase the fertilizer concentration, or perhaps this is a disease brought in with the compost? 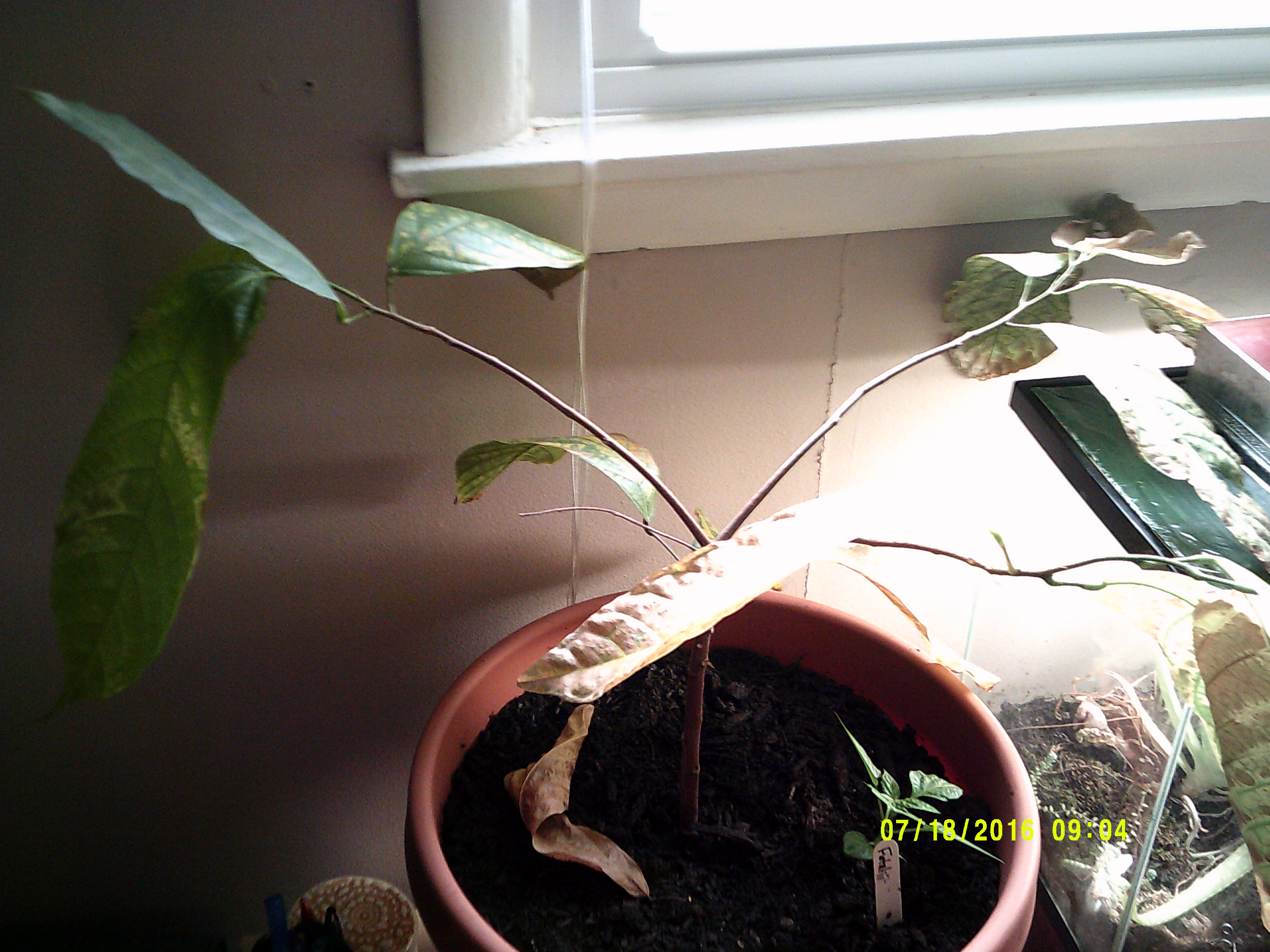 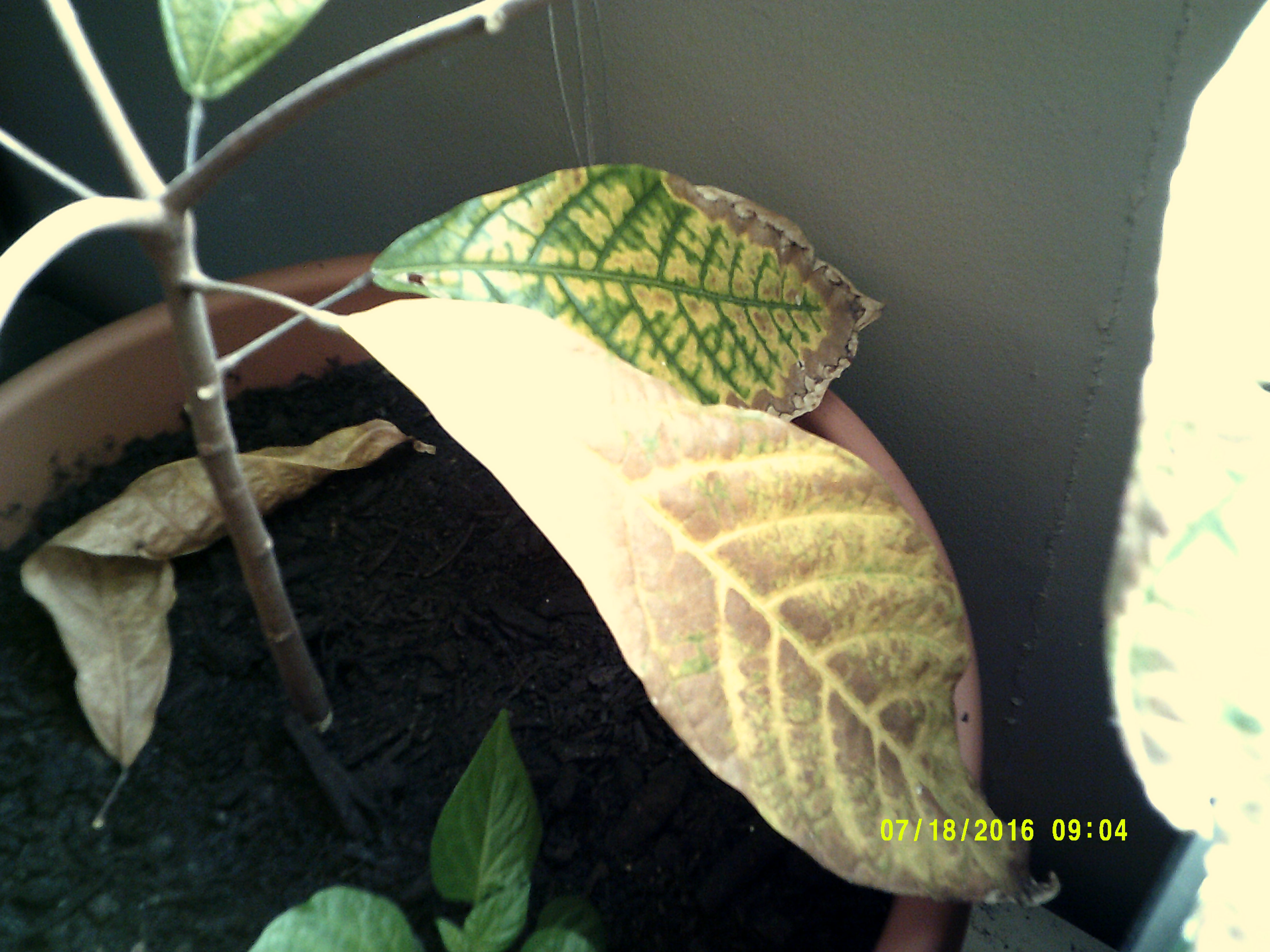 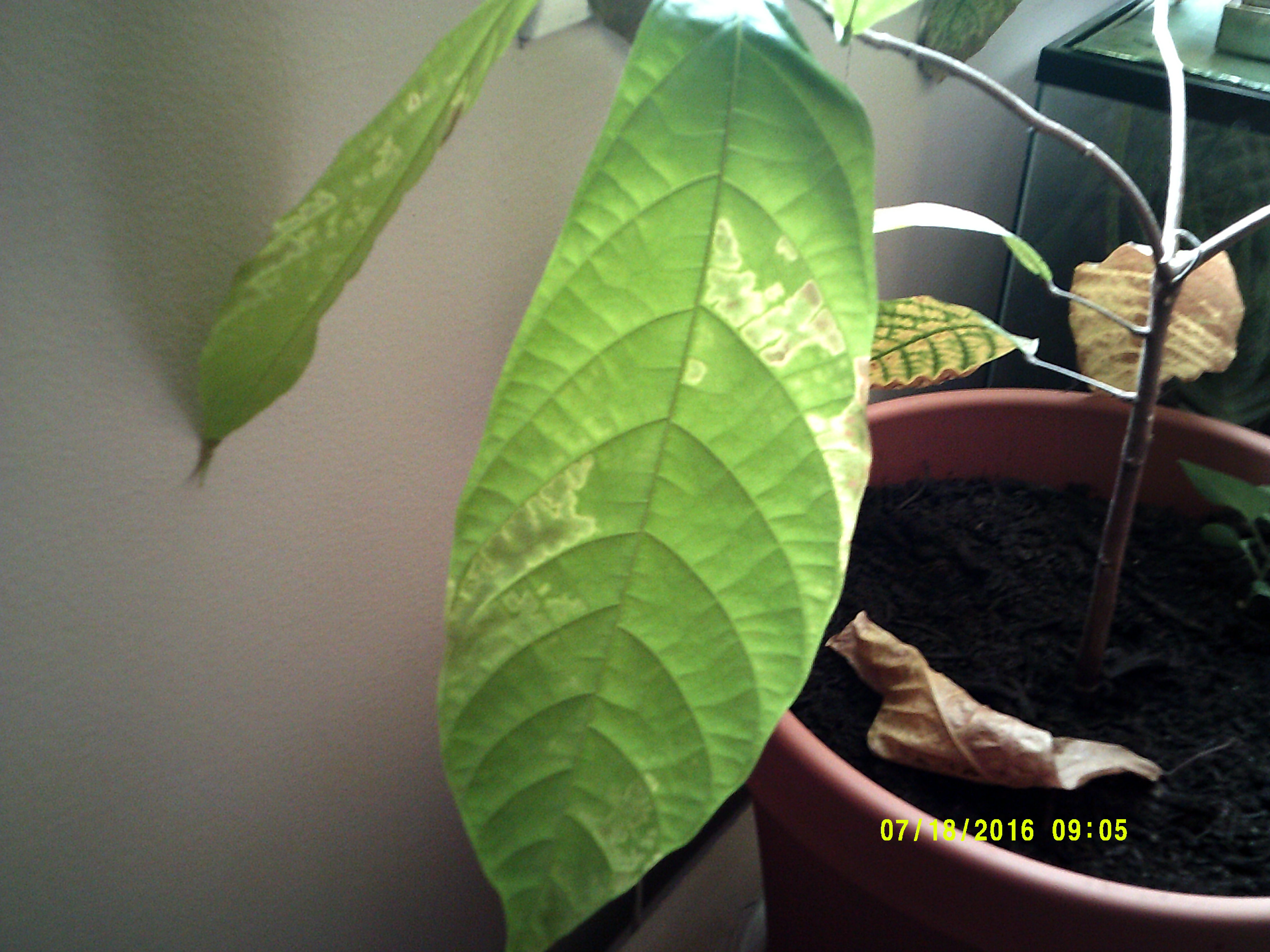 Nicky Vlad-Christensen commented, Hi Matt
I have the same issue.
Did you find out how to fix this? over 2 years ago.


Answers
0
points
Hard to tell from the photos but we use a mix of sand, perlite and potting mix. I would back off on fertilizer for a while. Maybe its just transplant shock but could also be pH of that new soil mix. Cacao likes about 6.0.