Cinnamon is the collective name given to several plant species in the genus Cinnamomum (family Lauraceae), including Cinnamomum verum (syn. Cinnamomum verum; Ceylon cinnamon) and Cinnamomum burmanni (Indonesian cinnamon), grown for their inner bark which is used as a flavoring. Cinnamon trees are small evergreens with aromatic bark and leaves. The leaves of the tree are thick and oval or lanceolate in shape, growing on smooth gray branches. The tree produces small yellow or green flowers on panicles and a berry fruit. Cinnamon trees can reach heights of up to 20 m (66 ft) in the wild but are usually coppiced to smaller bushes under cultivation. Cinnamon trees have an economic lifespan of approximately 10 years. Cinnamon may be referred to as cassia and originates from Asia. 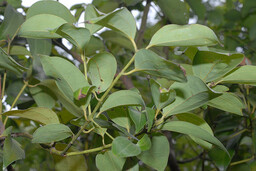 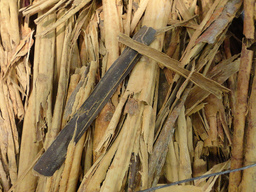 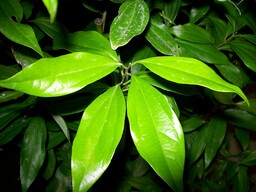 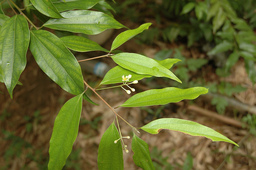 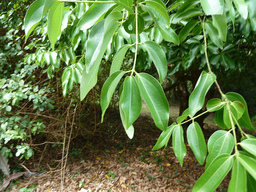 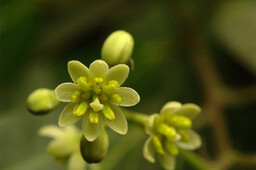 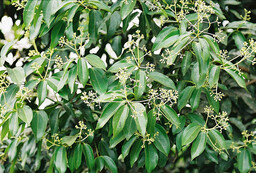 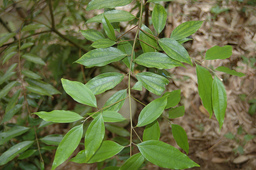 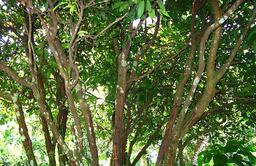 Pieces of dried cinnamon bark (quills) or ground cinnamon are used a flavoring in baked goods, confection or savory dishes. Oil extracted from the bark and leaves is used as a flavoring or scent in perfumes.

Basic requirements Cinnamon is a tropical plant and grows best in warm areas with high humidity where average temperatures reach approximately 27°C (80.6°F). Cinnamon can be grown in a wide range of soils but the highest quality bark is obtained when trees are grown in sandy soils rich in humus. Cinnamon grows best when planted in full sun but as a forest tree it will tolerate some shading. Trees require an average annual rainfall of between 1250 and 2500 mm. Propagation Cinnamon can be grown from seed or vegetatively propagated. Fruits often have to be bagged in order to save the seeds as they are often consumed by birds. Planting material should be selected from trees showing the desired bark characteristics which are healthy and vigorous regardless of the propagation method used. Cinnamon trees are usually cultivated commercially through cutting or by air layering due to the seeds exhibiting a wide genetic variability. Propagation from seed Seeds should be collected from the pulp of the fruit, washed and dried. Seeds should be planted as soon as possible after extraction as they do not remain viable for long. Seeds should be planted in prepared nursery beds or in polyethylene bags filled with good quality potting soil or aged compost or composted manure. The seedbed or bags should be provided with shading to protect the seedlings and seeds should be kept moist with frequent irrigation. Germination usually occurs after approximately 20 days. Seedlings can be transplanted to the field after about 3 months. Vegetative propagation Cinnamon can be propagated vegetatively from cuttings, by layering or by dividing the root ball. A cutting is usually taken by removing a partially mature shoot with at least one node from an established mother plant. The shoot should then be planted in a polyethylene bag to establish its own root system, thus creating a new tree. Cuttings are usually grown under the protection of a polyethylene covering which is removed gradually to harden the seedlings for field planting. Seedling are ready to be transplanted to the field when they are 12 to 18 months old. Transplanting Seedlings should be planted in a pre-dug hole large enough to accommodate the root ball and backfilled with topsoil. Adding rock phosphate to the planting hole aids in root development. Trees are often grown in small groups to produce a single clump or are planted individually. For commercial production, field spacings of between 0.9 m (3 ft) to 1.2 m (4 ft) per tree are recommended. 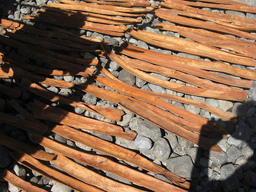 Cinnamon bark drying in the sun 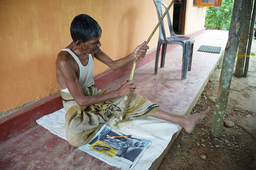 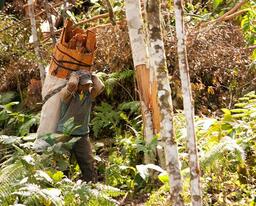 Infected branches should be pruned out; applications of 1% Bordeaux mixture can help to control the disease

Fungus is established in many regions of the world; fungus can survive for prolonged periods of time in the soil

Use only disease free seed and planting material; if disease is present in the soil then crop should be rotated to a non-susceptible host for a period of four years; avoid planting in water saturated soils; soil drenches with appropriate systemic fungicide may give a measure of control

Disease can be controlled by application of 1% Bordeaux mixture

Larvae and pupae should be handpicked from trees where possible; application of appropriate foliar insecticide may be required to control heavy infestations

Thin, white, winding trails on leaves; heavy mining can result in blisters on leaves and leaves dropping from the plant prematurely; adult insect is a small, silver-gray moth; larvae are pale gray initially and mature to pink

Applications of appropriate foliar insecticides may be required to control heavy infestations;

Irregular galls on undersides of leaves, leaf stalks and/or new stems; galls are roughly conical in shape and are caused by damage from tiny mites which are difficult to see with the naked eye

May be several generations of mite per year

Monitor for the presence of gall mites by regularly checking the undersides of leaves; in large trees, damage is often limited and does not require control; appropriate miticides need to applied in a protective manner as once the mites have entered the leaves, chemical control is ineffective

Galls on roots which can be up to 3.3 cm (1 in) in diameter but are usually smaller; reduction in plant vigor; yellowing plants which wilt in hot weather

Galls can appear as quickly as a month prior to planting; nematodes prefer sandy soils and damage in areas of field or garden with this type of soil is most likely

Plant resistant varieties, where known, if nematodes are known to be present in the soil ;check roots of plants mid-season or sooner if symptoms indicate nematodes; solarizing soil can reduce nematode populations in the soil and levels of inoculum of many other pathogens