The key to formulating adequate adaptation options for regions that operate close to critical thresholds is looking into short-term climate variability and how it relates to longer-term change. This project is about looking into short-term variabilities within Zambia, Malawi, and other countries for maize crops.
The objective of PLANt is to use high-resolution data to perform real-time analyses; combining weather and climate data provides useful and actionable information for decision making in: 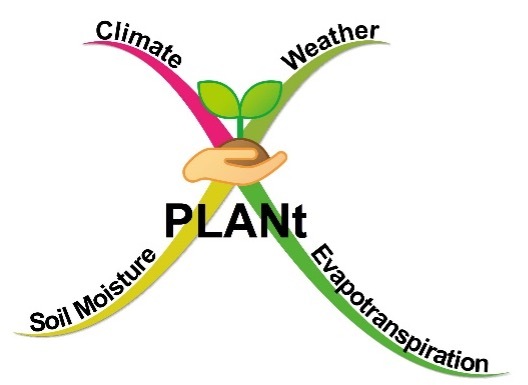 PlantVillage contribute to PLANt by:

The algorithm used to generate agro-ecological zone clustering based on above environmental variables is CLARA (Clustering Large Applications, (Kaufman and Rousseeuw, 1990)) in R version 4.0.2. CLARA is an extension of k-medoids method with abilities to deal with large size of input data. In this case where the input data was a large raster stack of eleven environmental variables, CLARA was able to reduce computation time to less than 1 minute and save memory space. The core of CLARA, k-medoids method, is an unsupervised clustering algorithm which minimizes the distance between points in a cluster and the center of this cluster. Before running the algorithm, we first resampled all environmental raster layers to the spatial resolution of the precipitation data (5km) and stacked all raster layers together to create a raster stack. This raster stack was then input to CLARA. The number of clusters, a user-defined input parameter to CLARA, was set to be three in this case, considering that 1) the previous Zambia agro-ecological zone map has three zones which can provide a base reference for our new zoning map; and 2) there are in general three categories of maize varieties accessible to farmers.

The resulted clustering map and the average values of eleven environmental variables in each zone were shown in Figure 1 and Table 2, respectively. The resulted clustering map agrees with general knowledge of Zambia climate and soil and previous Zambia agro-ecological zone map. The precipitation decreases from north to south with Zone 3 having greatest rainfall while Zone 1 having the least. Northern areas with greater precipitation also have lower pH and lower sand contents due to leaching, compared to drier areas in the south. Northern areas are also more enriched with soil nutrients (e.g., organic carbon, nitrogen, and Al) except for Fe and Mn.

Figure 1. The final agro-ecological zoning clustering map in Zambia at the spatial resolution of 5km, based on eleven climate and soil variables in Table 2.

Table 2. Average values of eleven environmental variables used in clustering in each zone