0
points
what causes white patches on leaves of leaf vegetable?

white patches on leaves of Chinese cabbage. mainly tips of Old leaves were observed with these abnormal features. Vegetables are are 3 months old and the newly emerging leaves are fine and okay. 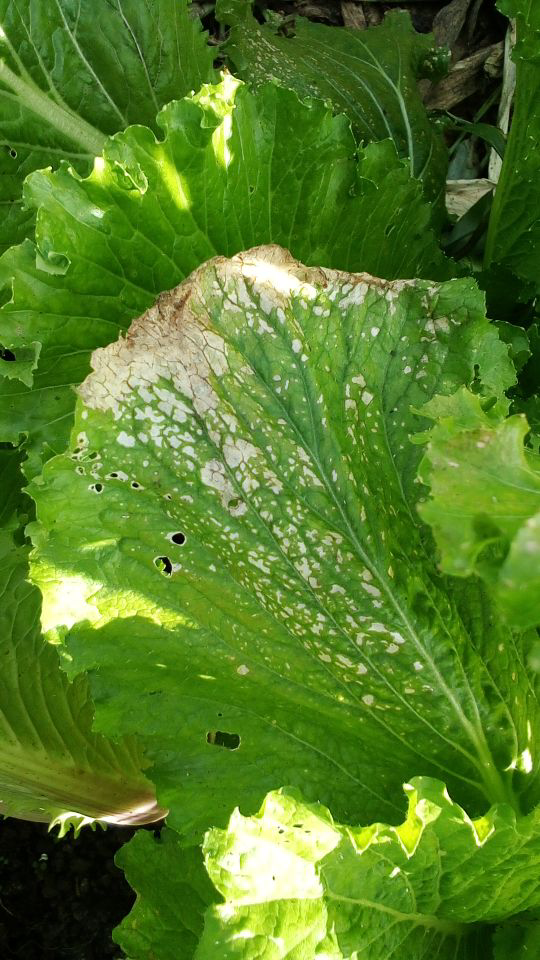 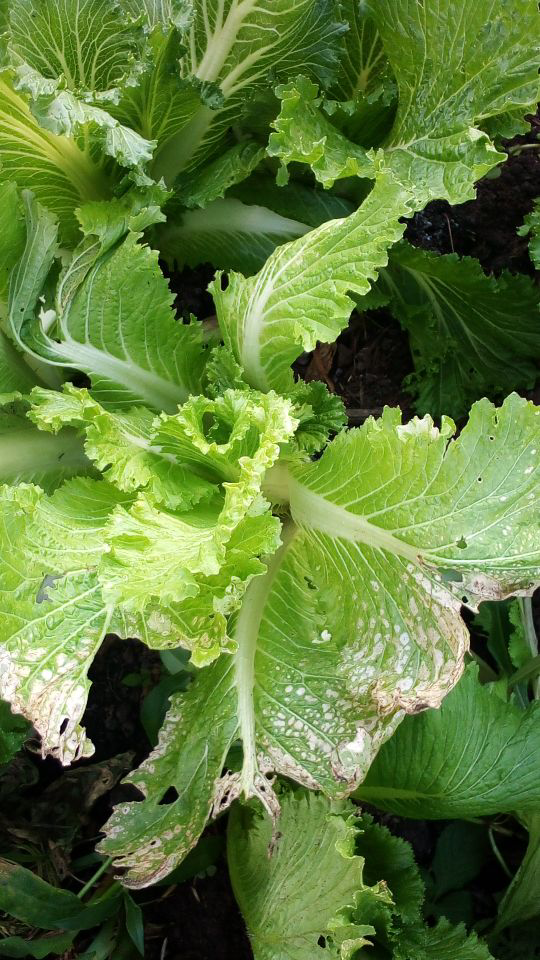 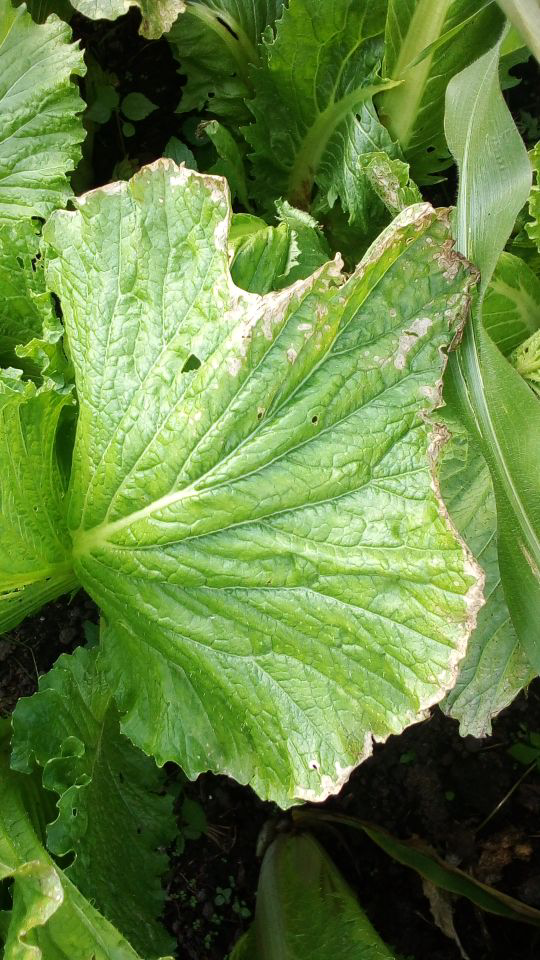 Distribution
In tropical and sub-tropical countries. It is recorded from Australia, Niue, Papua New Guinea, Solomon Islands, and Vanuatu.

Symptoms & Life Cycle
Leaf spots round to angular, up to 8 mm diameter, pale brown or white with a dark brown margin (Photos 1&2).

Spread is in rain and wind, and survival is in trash, on volunteer plants, weeds and seed. In general, it is a disease favoured by wet conditions, and cool temperatures, less than 20°C.

Impact
Although a common disease, its impact is low as it is mainly a disease of mature leaves. Only occasionally does defoliation occurs.

Detection & inspection
Look for the round to angular, pale brown, grey or white spots, with a dark border, less than 1 cm across.

Use certified seed or, if not available, treat with a fungicide (see below).
Grow seedlings in soilless or pasteurized media in clean trays. Check regularly for signs of disease, and discard any plants with symptoms.
Remove volunteer plants.
Avoid overlapping crops, preventing spores from older crops infecting newer ones. If not possible, then plant newer crops far from those established already.
During growth:

Remove weeds from in and around the plots of cabbages, especially weeds in the cabbage family (e.g., wild mustards, shepherd's purse, wild radish).
After harvest:

Remove the remains of the crop after harvest, and destroy. Note, infections on the leaves produce spores until the leaves are completely decomposed. Alternatively, plough in the remains as deeply as possible.
Rotate crops, leaving a 2-3-year interval between crops of cabbages (and related crops) planted on the same land.
CHEMICAL CONTROL

Seed treatment: Treat the seed with captan, thiram or mancozeb.
In the field: Use the fungicides recommended against Alternaria leaf spot (see Fact Sheet no. 133): chlorothalonil, copper formulations, mancozeb, and members of the strobilurin group.