During the last two weeks my stonefruit trees have had their leaves totally devoured. I'm concerned they will die, 90% of their leaves have been eaten. Tonight I found many handfuls of these small, fat, dark brown beetles eating the leaves. I want them dead and I want my trees to survive. What should I do?
Any help is very much appreciated. 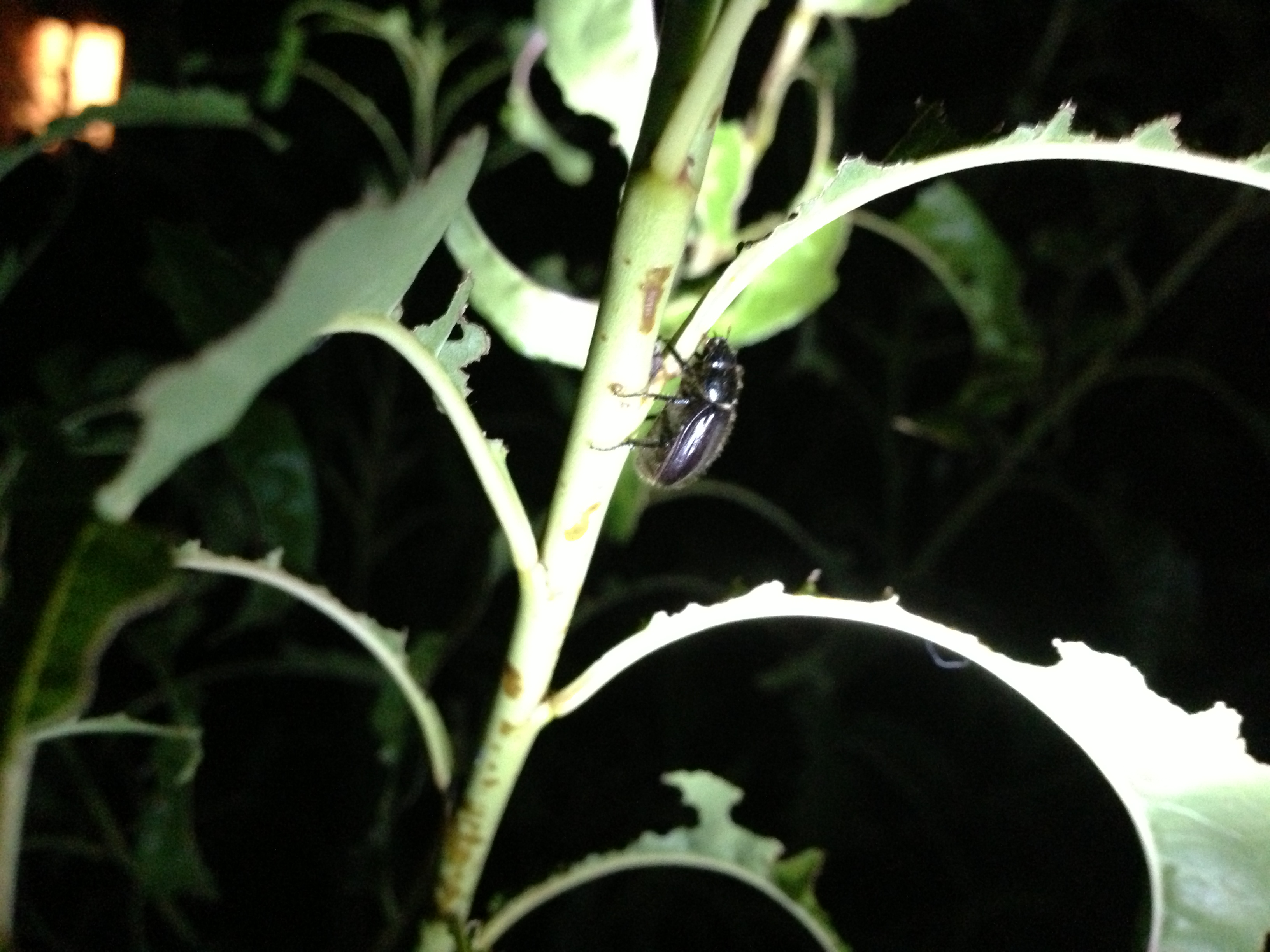 "Hi all,
Like another person at the link commented already: can't tell from the picture other than it is a scarab and there are a ton of them. That said after 227 years of working in tree fruit, I have never seen one like this, so it is probably an incidental species coming in to feed on something green during a drought. If there are better pictures or even better a specimen, I would try to take it down further taxonomically. Control would be similar to what we use for Japanese beetles, rose chafers, and Green June Bugs that are the normal scarab pests of peaches - namely carbaryl or a neonic. Of the neonics, thiacloprid (Calypso) would be most effective. Some pyrethroids would also be effective. David"

Here is his answer:

David,
Can't tell much from picture except it is a scarab beetle. We have a ton of species here, but not Heteronychus arator. It sort of looks like a Diplotaxis, and what may occur is with the drought, a species may start feeding on a plant they aren't 'supposed to eat'. You might inform him that trees don't die if they are defoliated once. If it would happen multiple times, maybe but plants are pretty resilient. He might try putting out trays with water and a few drops of liquid soap and see if it attracts the beetles and helps reduce population.
Carl


So, that means my guess below is not correct, but I will not delete becuase it provides context for others.

let us know how it goes.


information below is not correct, but remains for context to answer
I think this is Black Maize Beetle Heteronychus arator http://pest.ceris.purdue.edu/pest.php...
Does it look like the picture in that pdf?

If it is that insect it does not seem common in the USA. Below is a distribution map; does it overlap with where you are (please do tell us your State/Country when you post as it helps). It is common problem in Australia and Sth Africa which is why I am unsure if it is that critter.

The immatures live in the soil and adults emerge to mate/eat. The adults are polyphagous (so eat lots of plants). They are typically known to damage the stem of young plants at or below the soil.

Do you want only organic control or synthetic pesticides?

Since I am not sure of my diagnosis, lets see what other say about this before control. 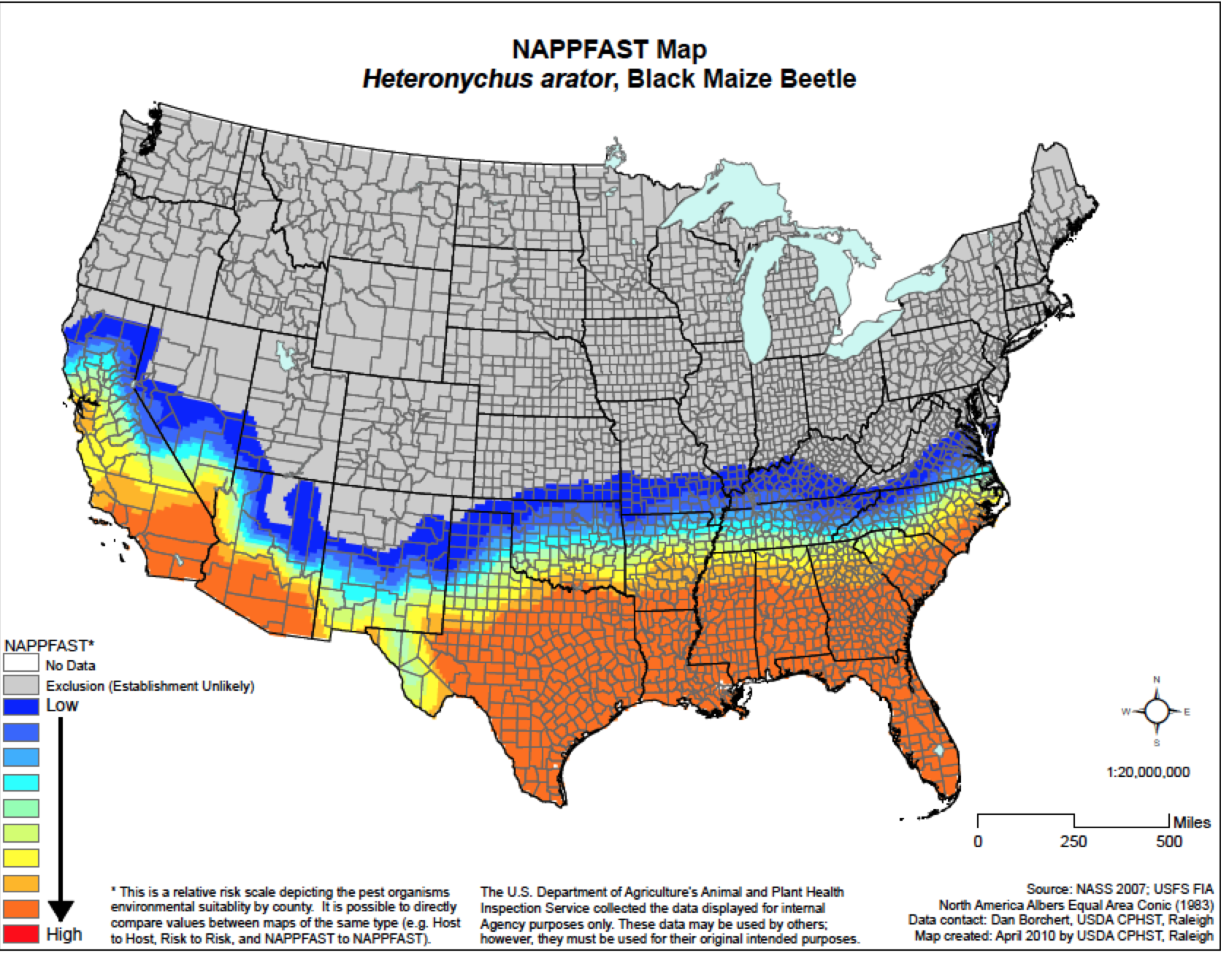 For more info on this benign product, see http://wiki.bugwood.org/Bacillus_thur...