My lemon tree is being attacked by little black ants. They seem endless and I'm worried they may spread through my garden. I read about a few methods of getting rid of them: boiling water , vinegar, cornmeal, and baking soda. Which one is most effective and least harmful to my tree? It is... 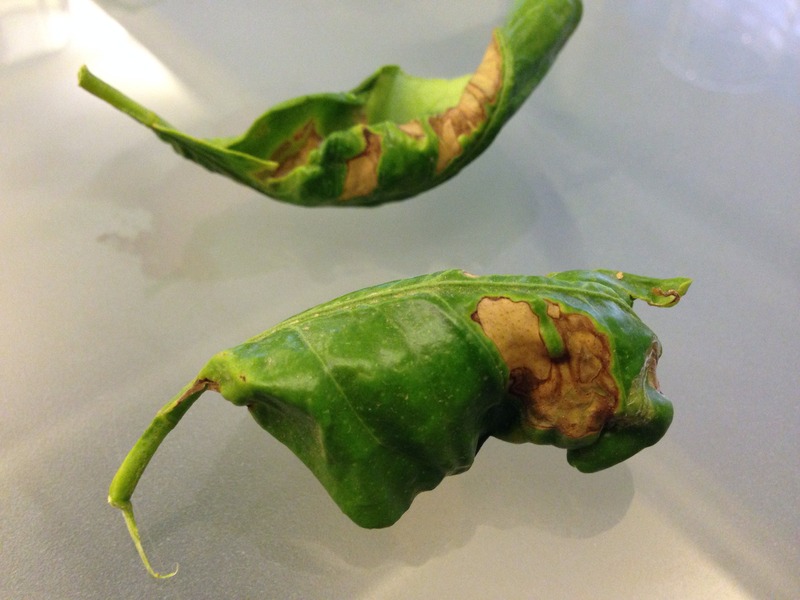 How do I ripen green tomatoes before cold weather?

I would like to know what is the best thing to do with tomatoes that are still on the plant which have not ripened. I have several plants which still have fruit but I am worried about the weather turning colder and potentially killing them before they have a chance to ripen. Can I move the plants...

My husband has pulled up part of the back lawn at our new house to make way for a vegetable garden. Unfortunately we have a heavy clay soil and water just pools on it when it rains making big sticky puddles. With the strange weather this year this seems to happening a lot and the soil is getting...

What specific vegetables plants give really good yields of produce? I do not have a lot of space in my garden to dedicate to vegetable growing but I would like to plant some and aim for as big a harvest as possible. I was considering cherry tomatoes as I have heard they can be quite prolific and...

6 answers    11412 views
How can I attract more bees and pollinators into my garden?

I swear I used to see a lot more bees in my garden than I do now. More or less everything I plant is self pollinating but if I was going to plant something like raspberry then I would quite like to attract the bees back. Has anybody had success with a particularly attractive flower? What else can...

6 answers    11337 views
How do I collect and save the seeds from my habanero pepper plant?

I would like to try and grow some more habanero plants from my existing one which has been very productive. Could somebody tell me the best way to do this?

I have been out buying some gardening supplies today to get started growing some seeds and I bought a bag of Scott's potting soil. When I opened it up it smelled terrible, I don't even know how to describe it. It smelled rotten. There was definitely something like manure but it wasn't the...

My avocado plant that I grew from a seed seems to be doing really well (thanks to all on PlantVillage who helped me to grow it). I have re-potted it into a large clay pot and it is outside on the porch to soak up the summer sun. The plant is growing rapidly and in addition to what I believe is a... 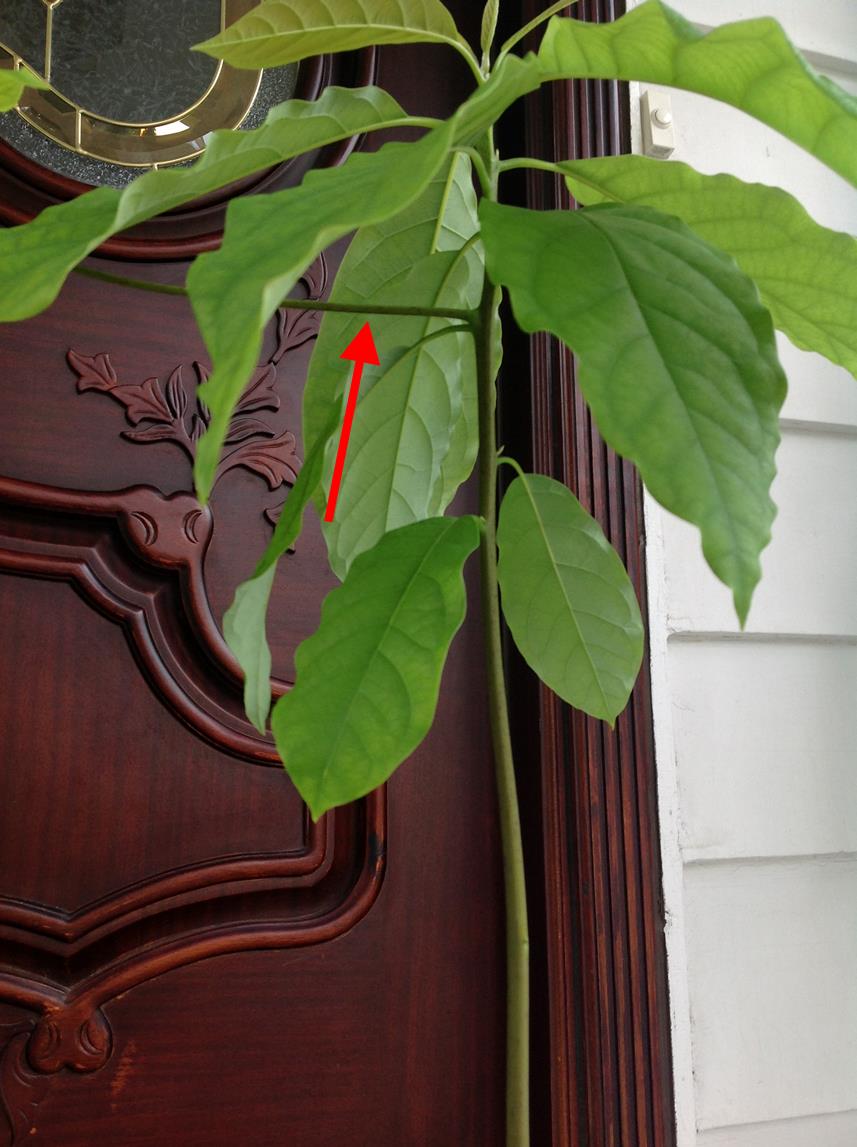 I have a very healthy mango but it has never flowered or fruited. It only develops new leaves but once they grow they turn brown and dry on the edges. There are no pests or anything but the leaves still turn brown. Its is outdoors, in a huge barrel container and has never been fertilized. Whats... 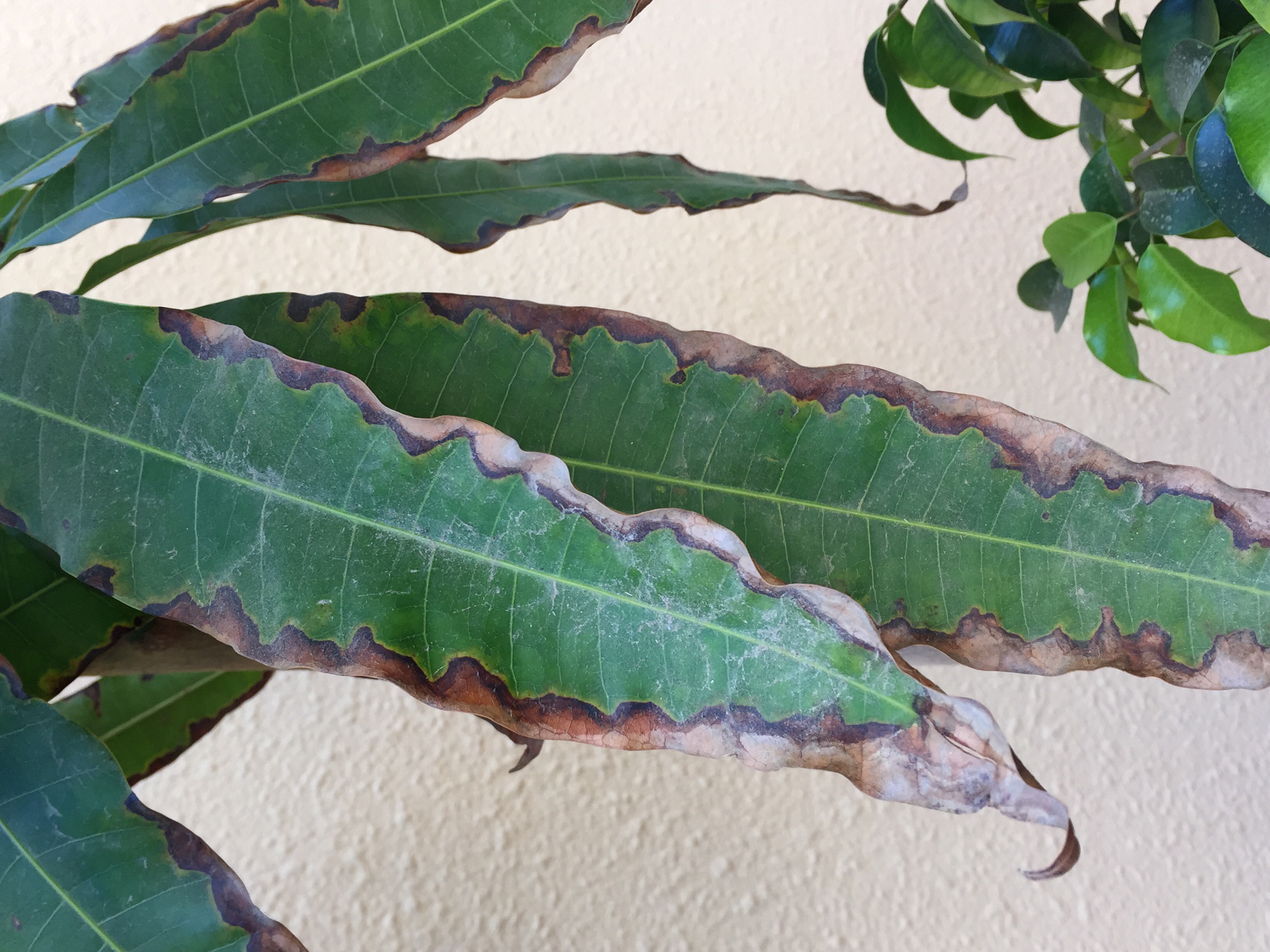 Brussels sprouts    None Given

Need help. Can't keep up with these green caterpillars eating my Brussel Sprouts. Must of picked over 25 last night. Any suggestions? Thanks

Our apple tree is producing extensive suckers and I’m worried about cutting them as I have been told that this will just make the tree produce even more of them. Any advice as to what is best to do here?

I transplanted an established rosemary bush to a new location in the garden several days ago and despite taking care to keep it well watered each day it is wilting badly. The position I moved it from was situated too closely to another plant and both were struggling. When I dug down into the soil... 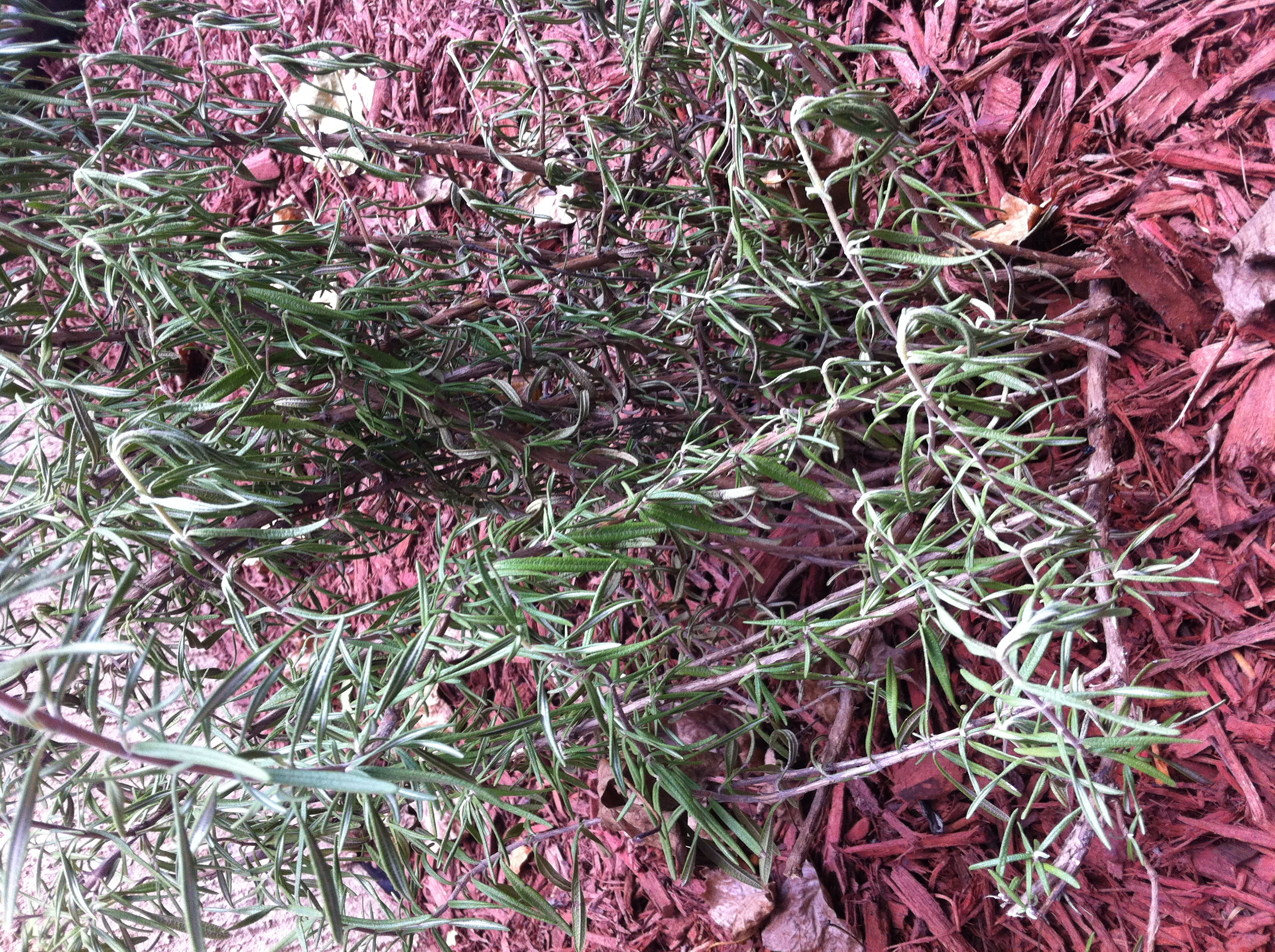 Ants in a potato box

How do you get fire ants out of your raised bed?! I went on vacation and came back to a giant mound of ants in my potato box, obviously i don't want to spray anything toxic as they have made their home above my potatoes! Also do they cause any harm to the tubers or are they ok to eat after...

3 answers    10730 views
How can I tell determinate and indeterminate tomatoes apart?

I have been trying to help my sister with the tomato seeds she planted and when I asked if they were determinate or indeterminate she looked at me like I just grew another head. Of course she has lost the packet and has no idea what kind of seeds she bought. My question is will I have to wait for...

hey, i am about to venture into strawberry farming in Kenya. Is there available markets out how an i get contacts Leah

My tree is a little over than a year old and it's a product of grafting. I planted it on March of last year and it bore fruit for the first time on or near October. It was just a couple of fruit, but they were delicious. Now the tree is full of fruit but there are two problems: 1. Before they... 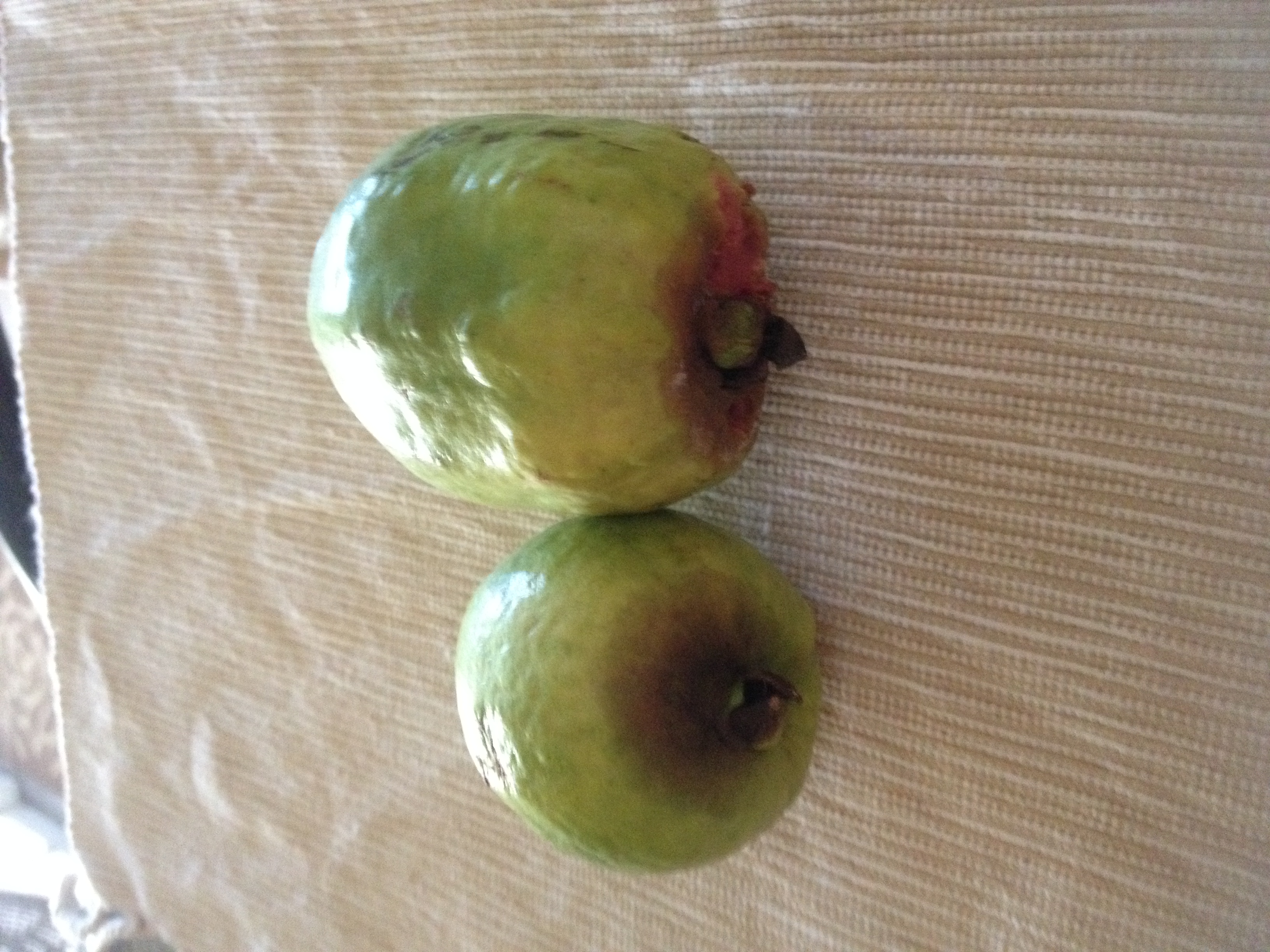 I saved a tomato plant in the neighbourhood and its fruiting wonderfully but for some reason the tomato skin wrinkles when it starts growing a bit , is it the sun? The plant is outdoors and it goes 34C 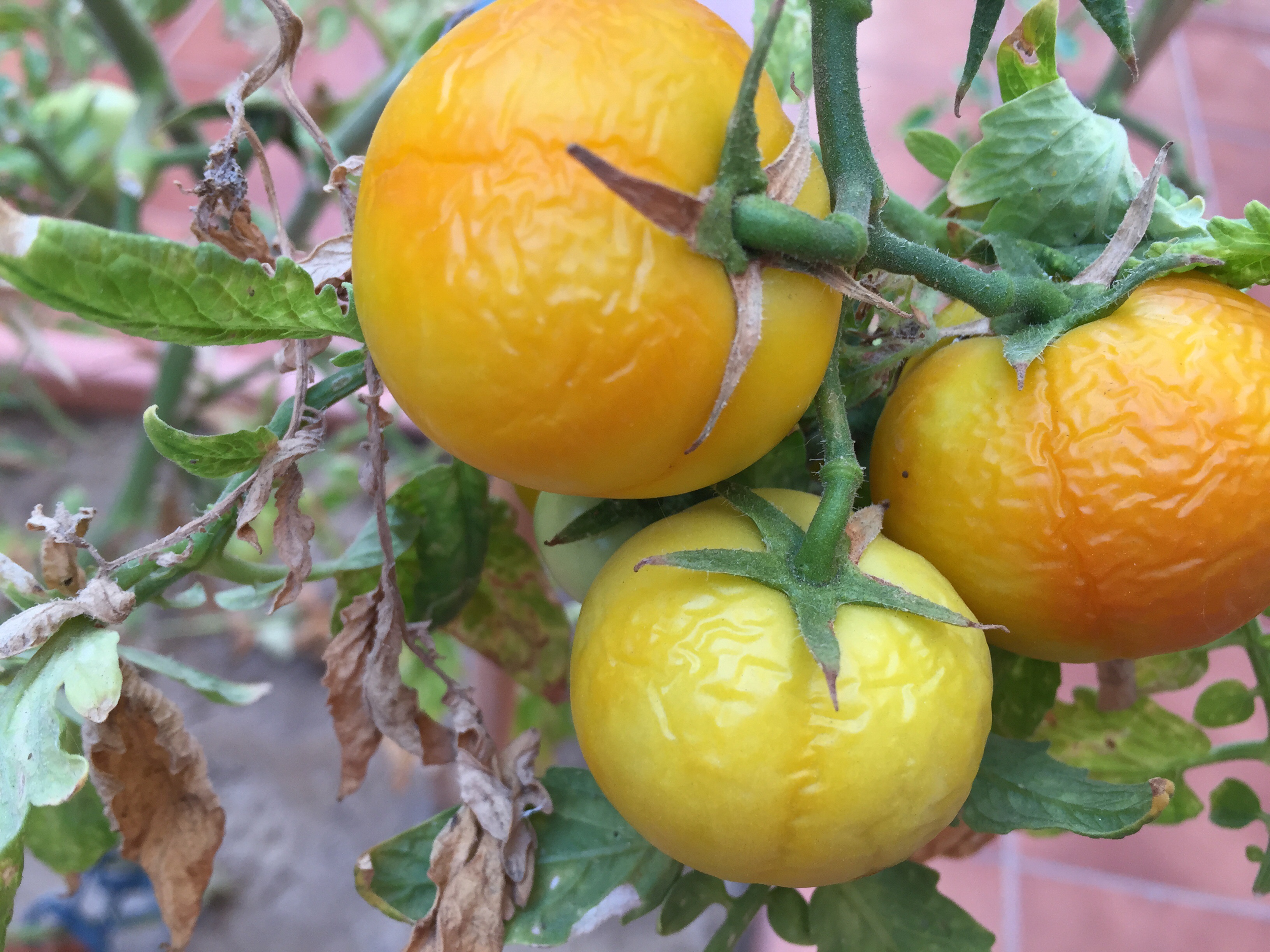 I am interested in trying out some bush cucumber varieties this year, would anybody be able to comment on the pros and cons compared with a regular vining variety, particularly for burpless cucumbers. They look like a good way to save space but I do not want to compromise on yield. Many thanks in...

l'd like to know if I can grow an Avocado tree in our region (Iran 'Busheh' Borazjan) with summer middle temperatures of 35-46 Celsius and warm winds. It needs to be said that our climate is so good for growing date palm and but not for bananas and coconut palm. Thanks a lot.

Hi! I have a 5-month avocado tree started with a seed in water, it is now in soil. The leaves tend to curl in, two I removed and the others I left. When I pruned the first, the others perked up. Then they all started to curl again. I took off another one and now it seems to be ok again....

My name is nagaraju and I am from Andhra Pradesh, India. I have some leaf spots on the oil palm in our nursery and I want to know what it is. Please help me find out the cause and tell me how to prevent this disease 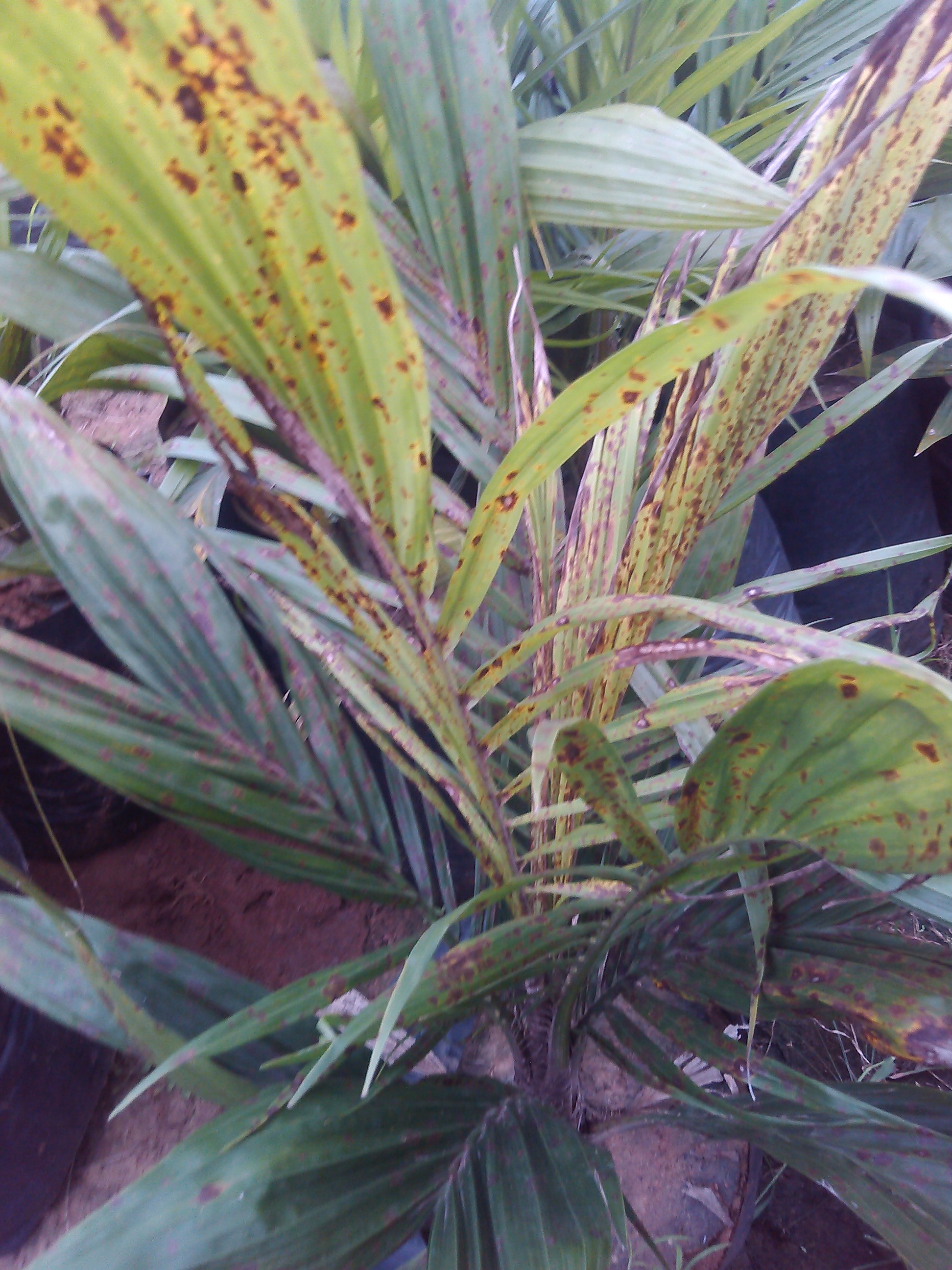 New Growth is dying, leaves are turning yellow and falling off.

Leaves on 6' guava tree are turning yellow and falling off and all new growth dies at various stages of development. All fruits fell off as well. -----updating question----- Thank You for your time and expertise. Is this something a Plum Tree... 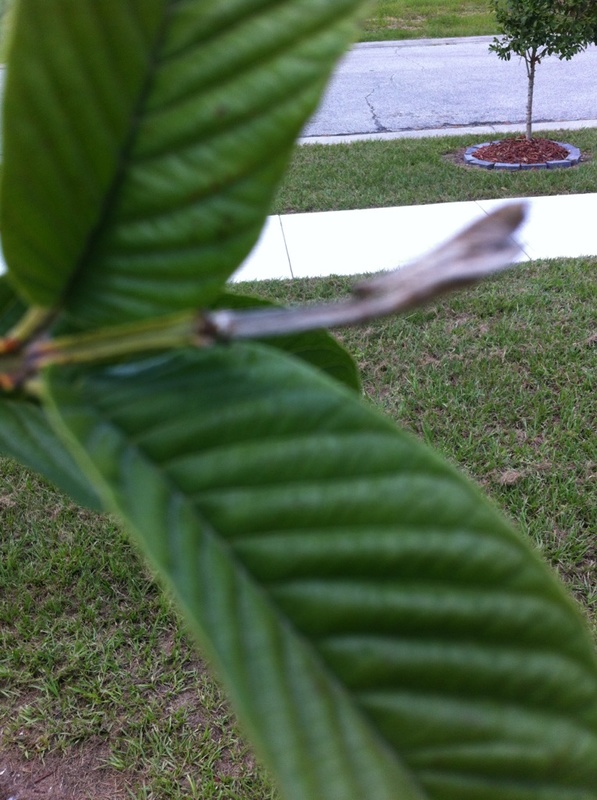 Papaya (pawpaw)    None Given

Hi, Plant village, I have a papaya plant of which its leaves are turning into yellow, could you kindly share why is that?, is it a deficiency issue??, If yes, what is it called? And how best to prevent it. Thanks. I have several papaya plants in my farm. 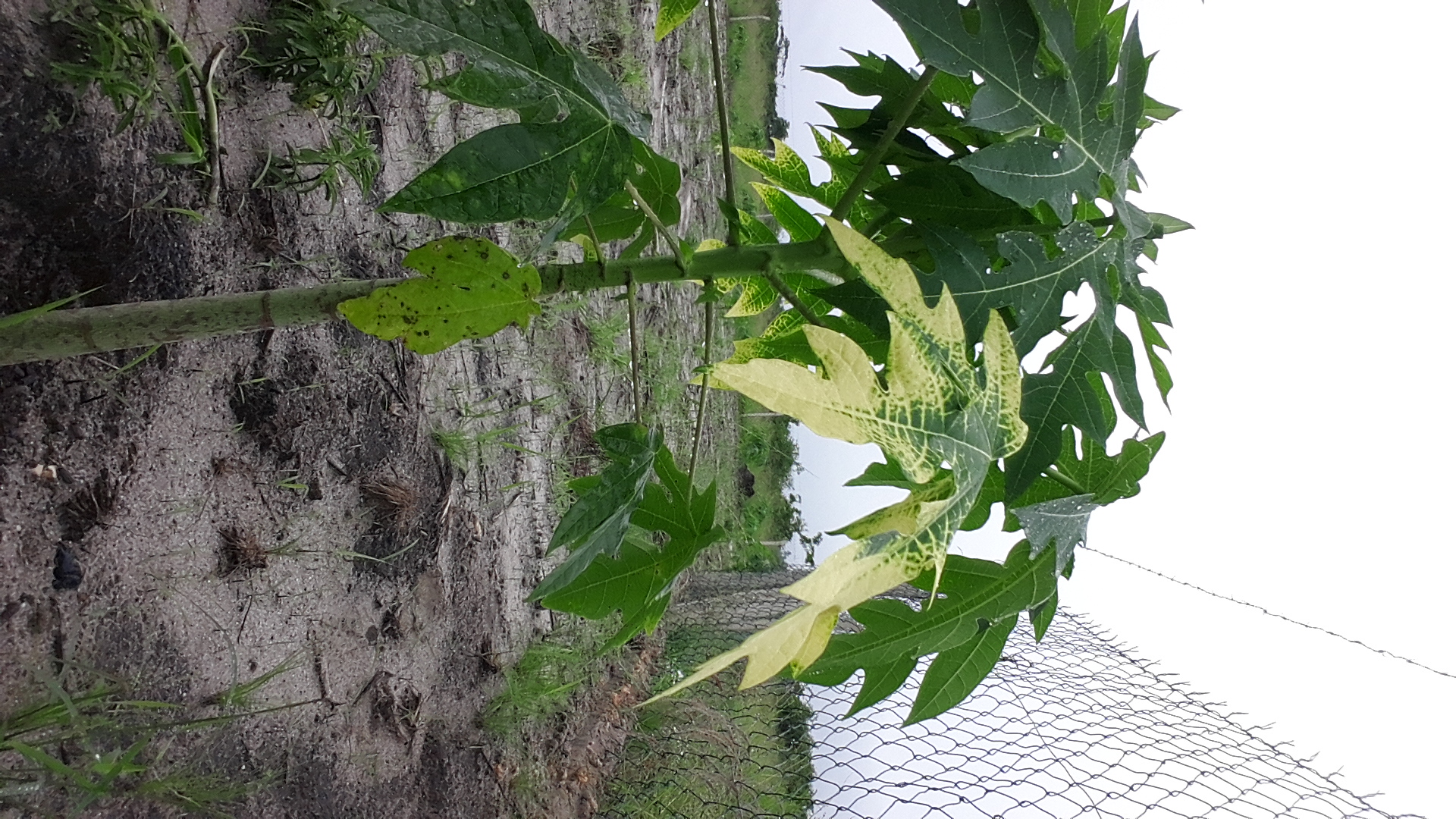 Aloe vera    None Given

Brown spots all over my aloe vera. This started several years ago and despite my efforts, it has only gotten worse. It's a very old plant and I don't want to loose it. I'm hoping you have a treatment for it. In the meantime, should I trim the diseased leaves? I'm very much looking forward to your... 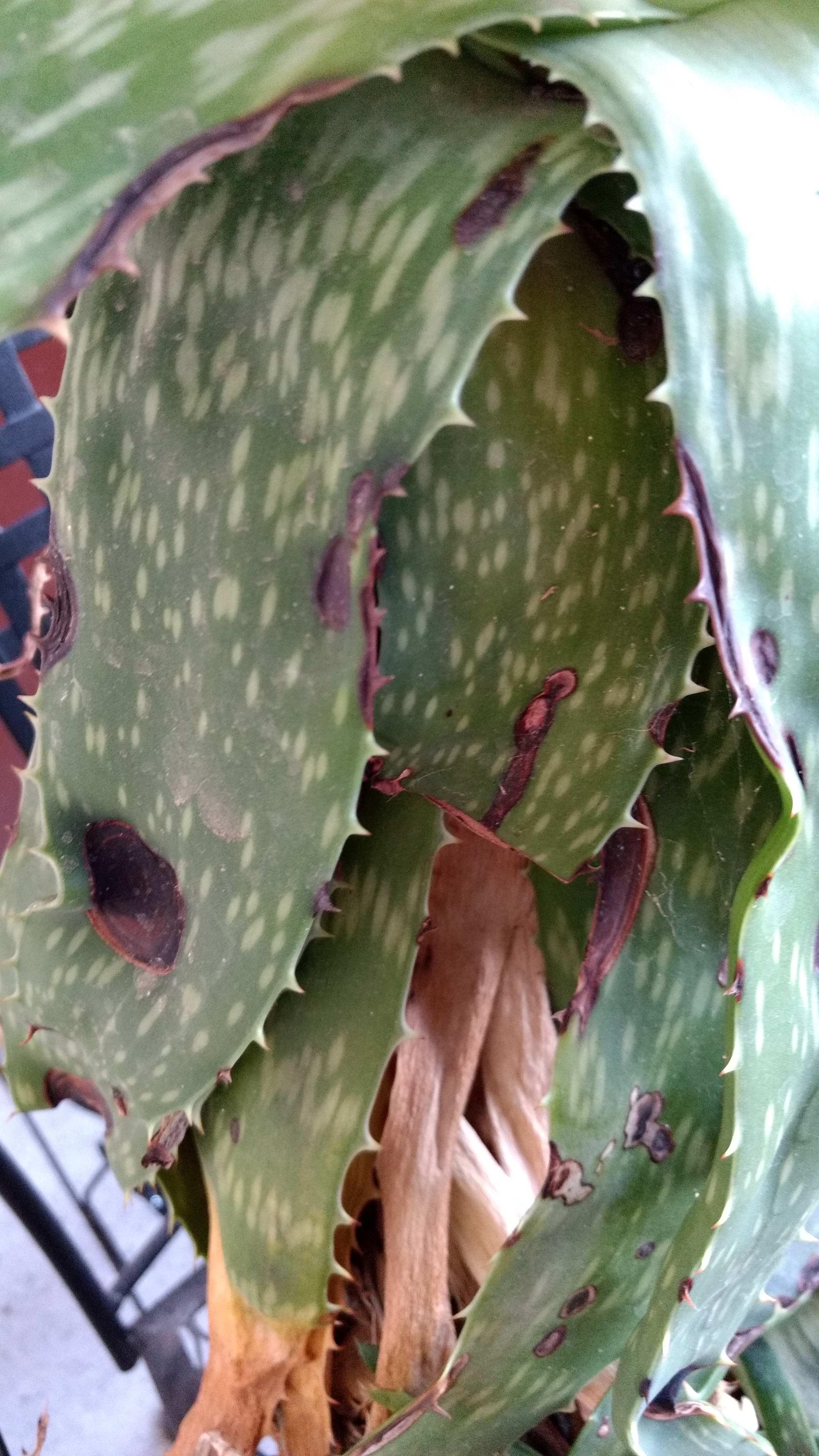 Is it possible that I have female flowers only?

I was reading this thread https://www.plantvillage.com/posts/907-cucumber-cucumbers-producing-flowers-but-no-fruit/ regarding healthy cucumber plants with lots of flowers but no cucumbers. The reply was that plants produce male flowers first, then female flowers - with a picture to show both. And... 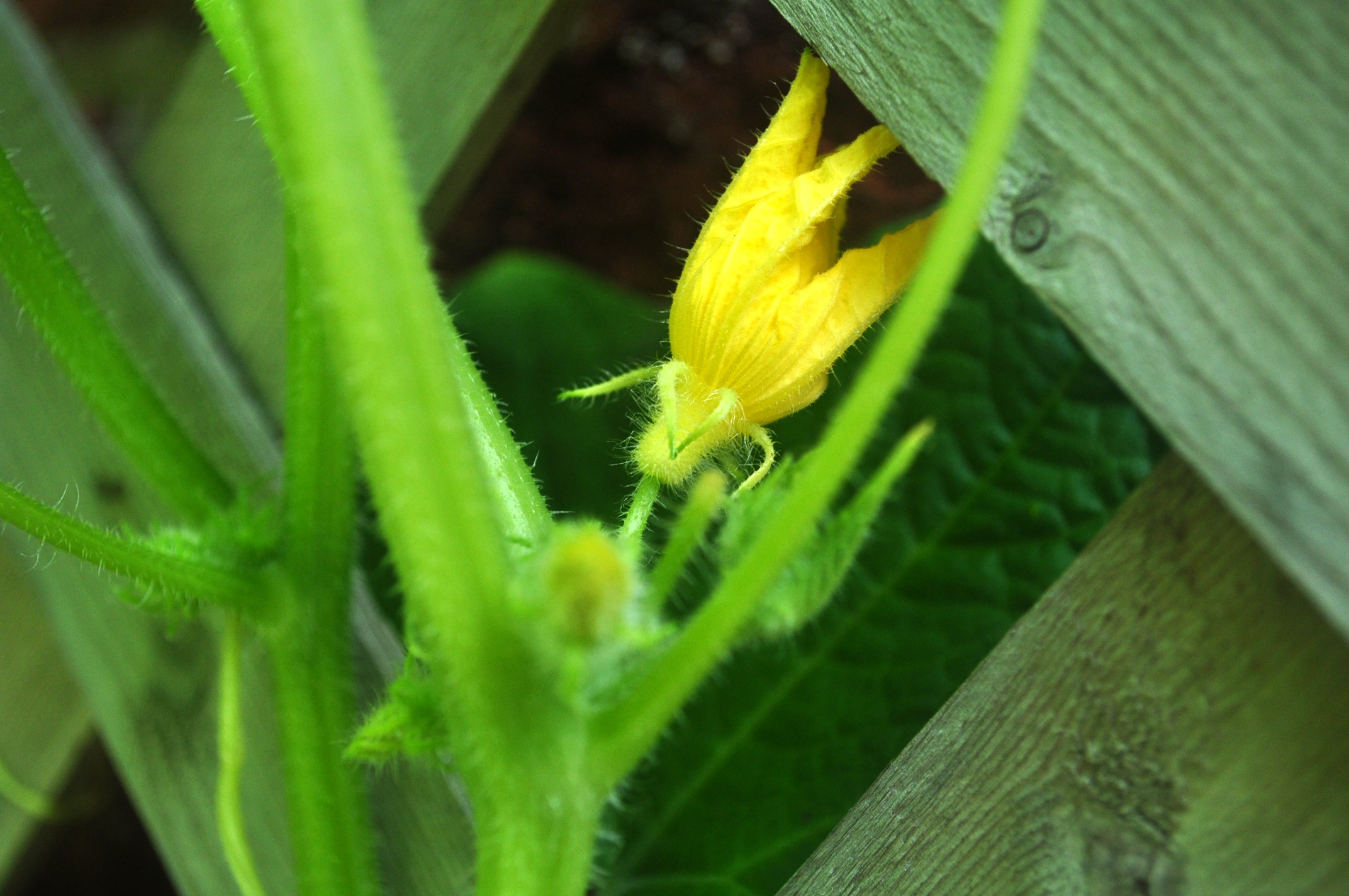 Can I grow potatoes over summer?

From what (very) little I know about vegetable gardening they seem to be harvested in winter. I would love some home grown potatoes over summer to make potato salads and things. Can I plant them for harvest over summer? If so how is it done?

Always like to be prepared, I live in Scotland and the weather can be quite unpredictable and it wouldn't be the first time I have been caught out with a frost and lost my young plants. I haven't planted anything outside yet but I wondered what people's thoughts were on different types of...

4 answers    9228 views
what is causing holes in my pepper plants leaves?

another problem with my pepper plant! i was watering this morning and noticed that there are holes in at least two of the younger leaves at the top of the plant. the plant currently sits in the window and I do not disturb it at all. i am not aware of damaging it and i cant see any trace of any... 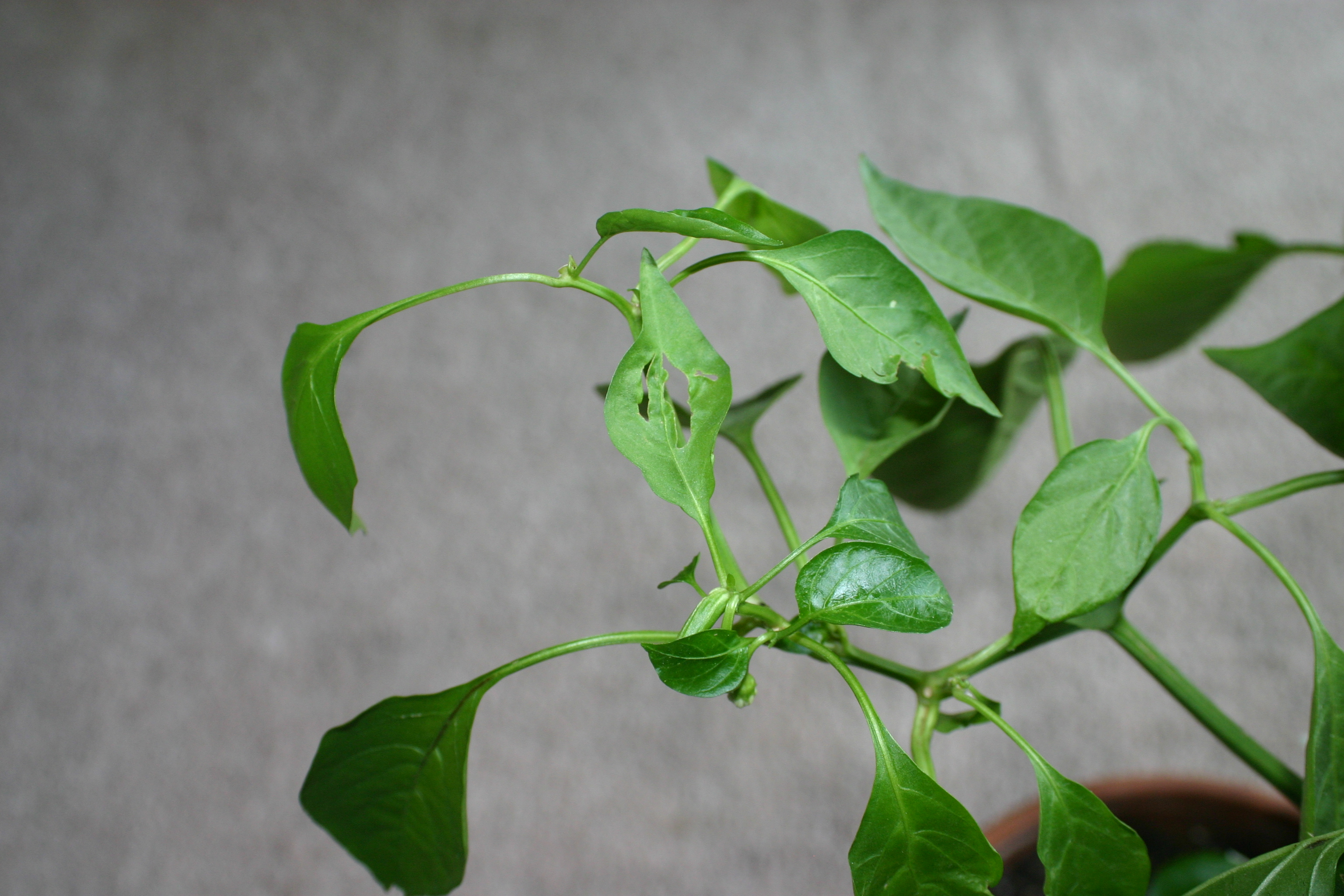 How to cut off Rhubarb flower?

My Rhubarb plant is producing a flower, which I understand should be cut off immediately so that the plant will not put any more energy into it, rather than the leaves. Is it enough to just cut off the the flower, or would it be better to remove pretty much the entire stalk? 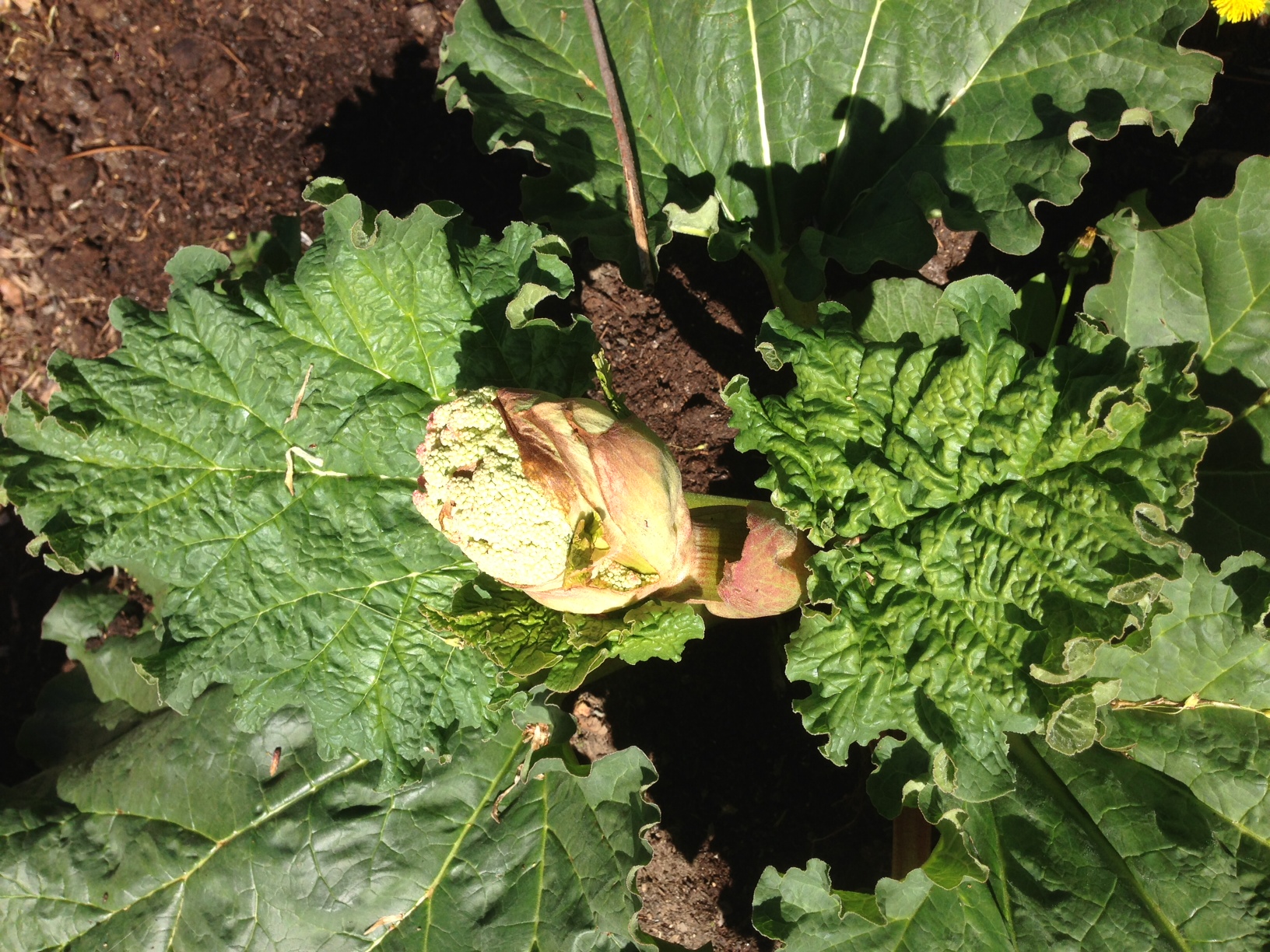